Permanent workers of the Tata Motors plant in Sanand, Gujarat have struck work since 22nd February. This article looks at the strike in light of similar-dissimilar happenings in industrial production in India.

Tata Motors opened up a plant in Sanand, Gujarat in 2010. This plant has more than 2000 people working daily, of which about 430 are permanent, and the rest include contract, apprentice and trainee workers. Permanent workers take Rs. 12,500 a month. Minimum wage in Gujarat is between Rs. 7000 to 8000 a month for unskilled to skilled workers. The plant produces the Tata Nano car, and has been in news for churning out for Tata Motors.

Earlier in February, two workers were suspended by the company on grounds of indiscipline. Soon after, 26 workers were suspended after they damaged new vehicles and caused threat to company personnel in the plant. On 22nd February 2016, 422 permanent workers went on strike demanding reinstatement of the 28 suspended workers, among the other demands of union-formation and wage increases. On March 2nd, the Gujarat labour department deemed the strike illegal, which gives the company the legal right to retrench them, and in any case leaves them in a no-work-no-pay situation. By March 5th, about 40 workers had resumed work, and the rest decided to continue with the strike. After repeated talks, the company refused to reinstate suspended workers. The workers sought to file a court case asking for a reversal of the labour department's deeming of the strike illegal, the company moved court for an injunction to prevent worker agitations. On the 12th March, 22 organizations, including trade unions, civil society groups, a farmers' organization, and so on extended support to the workers. More wisdom might soon arrive as a trade union representative has suggested calling Hardik Patel and Kanhaiya Kumar for creating “state-wide stir” if workers' rights are not given.

Certain points to mull over:

-- Many news outlets and other information centres, including supposedly pro-worker voices, have suppressed the workers' offensive inside the plant. Neither are these offensives, nor their suppressions, new. In recent experiences in Delhi NCR, Ferbruary 2015 Udyog Vihar, Orient Craft Gurgaon, Dhruv Global Faridabad are a few examples. From a little further back in 2012, strained relations in the auto-sector emerged in the open in Maruti Suzuki Manesar.

-- These strained relations are underplayed by trade unions and other representatives, who speak the language of maintaining “good industrial relations” by granting workers rights (thus leaving 80 to 90 percent of workers – temporary workers – outside the frame of action).

-- In the case of Tata Motors, Sanand, the company has already welcomed the workers' demands to form a union. This eagerness, too, has been witnessed in Delhi NCR over the last few years, ASTI Electronics, Munjal Kiriyu being just two cases. In both these cases, an observed trend was that relations between permanents and temps were much close-knit before union-formation. Formation of a union stokes the differences between the two categories of workers. The company sees the union as a grip over workers' activities. We should recall here that tea-plantation workers of Munnar refused, even chased away, union leaders and politicians of every shade. It was an assertion of workers' self-control against politics of mediation.

-- The difference already is seen in Sanand. Permanents out striking, production in the plant continues under the temporary workers. Company has an upper hand. Labour departments rule against the strike. Courts place an injunction before the workers. The tiring nature of the strike is visible as some workers resume work. Workers left to call upon trade unions and prince charmings of all hues.

-- Media reports also suggest that apart from the over-2000 workers in the Tata Motors plant, there are about 5000 workers more employed in the vendors' park providing parts to the Sanand plant. The striking workers at Sanand could benefit by asking whether strength lies in their newfound representatives or in these other workers.

[All facts here about the agitation in Sanand are taken from news reports from the following papers: Business Standard, Livemint, Indian Express, DNA, Economic Times. On the various other struggles mentioned around Delhi NCR, look at this article by AngryWorkersWorld.]

Permanent workers of the Tata Motors plant in Sanand, Gujarat have struck work since 22nd February. This article looks at the strike in light of similar-dissimilar happenings in industrial production in India.

The following is an account and reflection on a recent episode in working class history that has created something of a stir, not least within the working class itself. It has spawned diverse interpretations in the form of reports by left-wing political parties and other civil society organisations,and coverage by the electronic and print media, including detailed accounts and analyses in a workers’ broadsheet…
Image 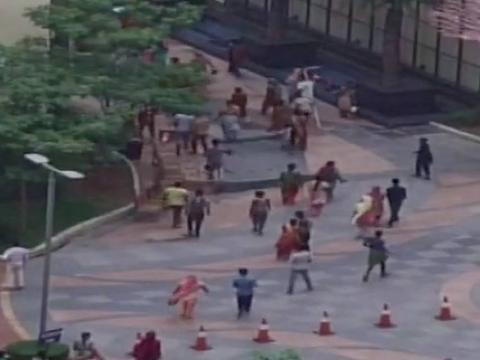 India has seen a wave of strikes this month
Image 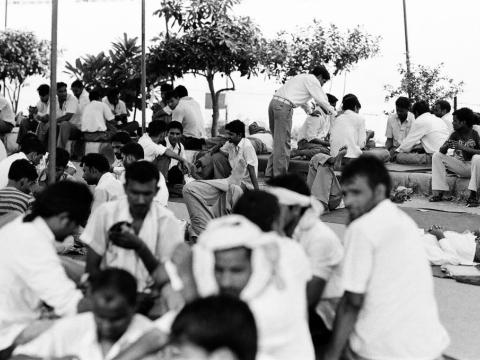 Struggles and union issues at Honda and Bellsonica in Manesar, India