As the reshuffling of leaders continues, Egyptian workers are still trying to push forward their own agenda.

Textile workers
Last week (7th April) workers of Shebin El-Kom Textile Company in Menoufiya, north of Cairo, resumed their strike after suspending it for two days following an agreement between the workers and company management.

"We have proof that the agreement will not be fulfilled," says Ali Mohamed, one of the factory workers. "One of our main demands was that the sacked workers return to their jobs, or at least equivalent positions, and this did not happen."

Workers accuse the company of trying to manipulate dismissed workers, forcing them to sign resignation letters, saying that this will grant their colleagues a return to work.

Management called the armed forces into the plant as workers approached it to resume their sit-in. "The army is in the factory right now, but they are neutral until this moment," said Mohamed, refuting news circulated on the Internet that the army attacked the plant, fired bullets in the air and threatened to arrest striking workers.

Shebin El-Kom Textiles Company workers held a 35-day long sit-in to protest against the Indonesian management’s attempts at eliminating the workforce and dismantling factories in order to reuse the 152 acres of land on which the factory stands. Now they say that they will not end their sit-in until all their demands are met.

Energy
Meanwhile, on Monday 11th April, employees at 14 power stations began a series of strikes to push for the removal of ministry officials involved in corruption cases.

Energy Ministry spokesman Aktham Abul Ela denied any strikes were taking place, pointing out that he had communicated with a number of company officials and that they had assured him “things were good.”

In a statement obtained by Al-Masry Al-Youm, the employees say that most ministries have witnessed wide-scale changes after the 25 January revolution while theirs have not.

The workers said they have submitted memorandums to the Supreme Council of the Armed Forces and the cabinet calling for the dismissal of several senior figures in the energy sector, who, they claim, have held their positions for a long time but have contributed nothing to the sector.

The statement pointed out that the electricity sector was not affected during the 25 January revolution only because the employees in this field are aware of their important national role. It went on to say that a similar protest would be organized on Wednesday.

“We were informed of the prime minister’s order, which responded to thousands of workers,” said Nasser Othman, the secretary of the Workers Union fund of the Suez Maritime Arsenal Company. He added that he and the workers have made an official complaint against the chairman of the board of the Company as he refused to meet the demands of the protesting workers.

The workers started to protest on 3 April. When their demands were not met, the protest quickly developed into a strike. Most of the workers are striking within their respective company’s headquarters.

Other workers' actions
Some 350 butane gas cylinder distributors in the Delta governorate of Daqahlia staged demonstrations before the Ministry of Social Solidarity in the city of Talkha, in protest against the ministry reducing the number of cylinders they receive.

Another 45 people staged demonstrations before the office of the Justice Minister, demanding the implementation of previous court rulings that had ordered their appointments to the ministry.

In Alexandria, 30 temporary teachers protested before the Ministry of Education. They demanded permanent contracts.

In Gharbiya, 1200 workers from the Financial and Industrial Company protested for better wages and incentives, while 350 workers of the Chipsy Company in Monufiya staged protests for the same purpose.

In Beheira, 100 students of the Nursing Institute also staged protests for not allowing them to join the nursing syndicate, which would affect their ability to find job opportunities.

In Ismailia, residents of the Mahsama village protested against the local council’s decision to close a bakery in the village that served 1500 residents.

Workers of the Spinning and Weaving Factory in Assiut refused to deliver the factory to its new buyer, a conglomerate of private banks that had obtained permission from former Prime Minister Ahmed Nazif to buy it.

Thanks for the update!

It's very sad to see what has become of Essam Sharaf. His dissidence during the Mubarak regime was admirable, and I was elated to see him appointed as Prime Minister. But it's clear that he's become the civilian face of the military regime.

Ed - interesting information - where do you get this kind of stuff from?

It's very sad to see what has become of Essam Sharaf. His dissidence during the Mubarak regime was admirable, and I was elated to see him appointed as Prime Minister.

Are you a total liberal? He was part of Mubarak's govt. (from July 2004 to December 2005) ffs - and his dissidence was just a dispute between one section of the ruling class and another - like, say, Michael Heseltine disagreeing with Thatcher. Is a minor dissident being appointed to a high up role in the State the kind of thing that gets you elated? What other things move you to elation? You've already implied support for various rulers intervening against other rulers' States in your post on the Libya thread. Maybe if Cameron replaced Clegg with Simon Hughes you'd be elated and even more so if they intervened in Syria. But disappointment would be inevitable.
If such things make you "elated" and then "very sad" you're in for a very long period of manic depression.

Sam, I found it on diff mainstream news sites..

Also, can you chill out your tone with other posters? A lot of people are 'total liberals' but that doesn't mean they're idiots.. please keep that in mind..

Ed, if you wrote that article yourself you should credit yourself as the author 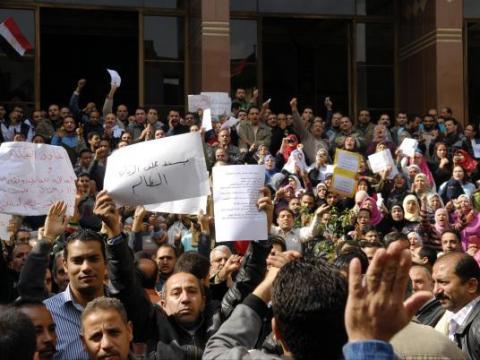 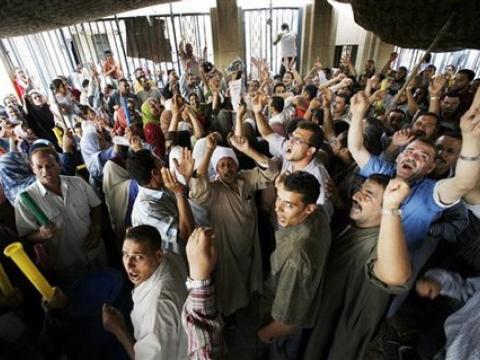