George Rawick examines examples of history of the self-activity of the American working class.

The history of the American working class is a subject obscure to the Old and New Left alike. For the most part, academic and labour scholarship has been institutional history focusing on the trade union, and like all institutional orientations has been quite conservative. "Radical" labour history has similarly been little concerned with the working class because of its concentration on another institution, the radical political party. Marxists have occasionally talked about working-class self- activity, as well they might, given that it was Marx's main political focus; but as E. P. Thompson points out in the preface to his monumental Making of the English Working Class, they have almost always engaged in substituting the party, the sect, and the radical intellectual for class self-activity in their studies. As a result of this institutional focus, labour history from whatever source generally ignores also social structure, technological innovation, and the relation between the structure and innovation.

The American working class did change American society, despite the fact that American capitalism was very powerful and had often indicated clearly in the 1930's that it would resort to any means, if allowed to do so, to prevent a radical transformation of society.

We can estimate most sharply the power of the American working class if we look at its accomplishments comparatively. In Italy the crisis of capitalism of the decade of the Bolshevik Revolution and the World War produced fascism as an answer to the bid of the Italian working class for power. In Germany, the crisis of capitalism produced first the Weimar Republic, which did nothing to alter the situation, and then Naziism; the consequence was the worst defeat any working class has ever known. The German working class was pulverized - unlike the Italian working class, which was never smashed to bits under fascism and in fact survived to destroy fascism itself. In France essentially the same pattern as in Italy was repeated, with the difference that full-fledged fascism came only as a result of the German military advance, since the French working class had managed to defend democracy throughout the 1930's, often over the heads of the radical parties.

The full organisation of the major American industries, however, was a mark of the victories, not the cause of the victories, of the American working class. The unions did not organise the strikes; the working class in the strikes and through the strikes organised the unions. The growth of successful organisations always followed strike activity when some workers engaged in militant activities and others joined them. The formal organisation - how many workers organised into unions and parties, how many subscriptions to the newspapers, how many political candidates nominated and elected, how much money collected for dues and so forth - is not the heart of the question of the organisation of the working class. The statistics we need to understand the labor history of the time are not these. Rather, we need the figures on how many man-hours were lost to production because of strikes, the amount of equipment and material destroyed by industrial sabotage and deliberate negligence, the amount of time lost by absenteeism, the hours gained by workers during the slowdown, the limiting of the speedup of the productive apparatus through the working class' own initiative.

The full incorporation of the unions within the structure of American state capitalism has led to very widespread disaffection of the workers from the unions. Workers are faced squarely with the problem of finding means of struggle autonomous of the unions. . . . As a consequence, workers struggle in the factories through wildcat strikes and sporadic independent organisations. Outside the factory, only young workers and black workers find any consistent radical social-political expression, and even the struggles of blacks and youth are at best weakly linked to the struggles in the factory.

There is often a very sectarian and remarkably undialectical reaction to these developments. Some historians and New Leftists argue that it demonstrates that the CIO was a failure which resulted only in the workers' disciplining. This argument ignores the gains of the CIO in terms of higher living standards, more security for workers, and increased education and enlightenment. Clearly, the victories are embedded in capitalism and the agency of victory, the union, has become an agent of capitalism as well. This is a concrete example of what contradiction means in a dialectical sense; and it is part of the process which leads to the next stage of the workers' struggle, the wildcat strike.

There are two characteristics of the wildcat strike which represent a new stage of development: first, through this device workers struggle simultaneously against the bosses, the state, and the union; second, they achieve a much more direct form of class activity, by refusing to delegate aspects of their activity to an agency external to themselves.

When the wave of wildcat strikes first began to appear as the new form of working class self- activity and organisation, it was hard to see (except very abstractly) where they would lead. But after glimpses of the future afforded by the workers' councils during the Hungarian Revolution in 1956 and the French uprising of May and June 1968, the new society which can only be realised and protected by revolutionary struggle is clearly revealed: workers councils in every department of national activity, and a government of workers' councils.

The article originally appeared in Radical America vol. 16, no. 3, May-June 1982. It was edited by R.A. A longer version can be found in vol. 3, no. 2 March-April 1969. This article has been archived on libcom.org from the Red and Black Notes website. 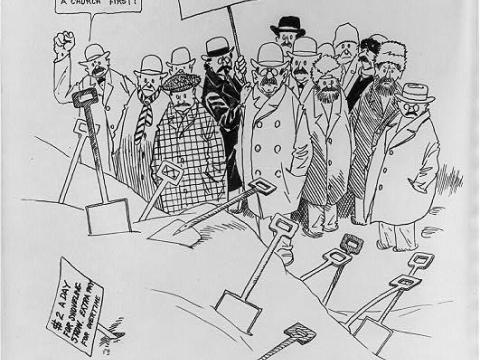 An article by Fred Thompson contesting the myth that the IWW was smashed by repression during World War I.
Image 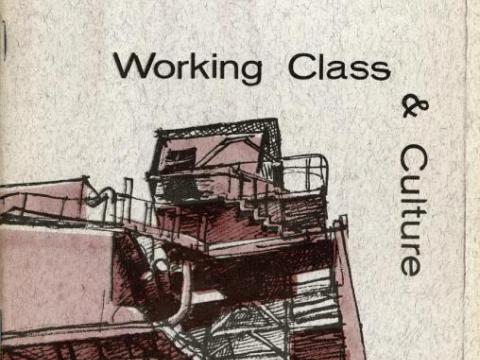