ALL MUST WORK! declares the cabinet of millionaires. 'Workers not shirkers!', they implore. 'Strivers not skivers!' The divide-and-rule rhetoric trying to pit those in work against those without is as relentless as it is transparent. But what's so good about work anyway?

Junge Linke's short piece nicely skewers how attempts to mobilise resentment of claimants and the unemployed undermine even those in work who aren't claiming benefits. What I'd like to focus on is two perspectives on what an explicitly anti-work politics might look like.

Robocommunism
Traditionally, anti-work politics has been bound up with rising productivity and technological development. A famous passage from Karl Marx's notebooks, the 'fragment on machines', envisages a day when living labour moves to the side of a highly automated production process. Marx's son-in-law, Paul Lafargue, authored a polemic titled 'the right to be lazy', which proclaimed:

...not to demand the Right to Work which is but the right to misery, but to forge a brazen law forbidding any man to work more than three hours a day, the earth, the old earth, trembling with joy would feel a new universe leaping within her.

At the dawn of the 20th century, sociologist Max Weber suggested the protestant, and particularly Calvinist, work ethic was a significant factor in the rise of capitalism. Weber's thesis is considered unproven, but the glorification of work is certainly still with us, as the demonisation of claimants and the unemployed shows. Indeed, the introduction of workfare, Universal Credit and Universal Job Match threatens to transform unemployment into constant unpaid, supervised, psuedo-work - updating CVs, searching and applying for jobs, stacking shelves in Poundland... all subject to managerial discipline without even the sweetener of a wage.

Yet this is happening despite a big resurgence in the 'tech debate' from across the political spectrum - from neoliberals like Jeffrey Sachs, to Keynesians like Paul Krugman and comment pieces in the Financial Times, as well as the more usual anarchist and communist figures. Could it be that the renewed attempts to impose work on everyone masks a crisis of what Kathi Weeks calls 'the work society'?

The thrust of the argument here is that technology-driven productivity rises are driving ever-greater output with ever-lower requirements for labour. Foxconn's infamous iPhone manufacturing plant - the one with the suicide nets where workers have rioted and fought for better conditions - is facing automation by one million robots by 2013. When even intolerable sweatshop conditions are cheaper to automate, what future for work? There's even developing technology which can replace traditionally labour-intensive sectors such as fast food and fruit-picking. Add in bittorrent distribution of digital media and literature, 3D printing technology... and work starts to look quite quaint.

Under capitalism, this means rising unemployment, and intensified work at lower wages for those 'lucky' enough to keep their jobs (due to the competition from the 'reserve army' of the unemployed). Historically, the service industries have absorbed some of this surplus labour, but as they automate too, potential abundance and increased leisure for all instead translates into generalised misery.1 But only so long as we put up with capitalism.

This kind of techno-utopianism promises a quantitative abolition of work, down to Lafargue's maximum three hours a day and beyond. Just think how much labour-intensive work - like call centre cold-calling - is basically pointless except from the point of view of private profit. Abolishing capitalism - private ownership of the means of production, with consumption rationed by the market - promises to harness productivity improvements to reduce toil for everyone in a context of unprecedented abundance.

Rethinking 'work'
The technological optimism of the above account has been criticised from some quarters. Maria Mies, in her book 'Patriarchy and accumulation on a world scale', suggests 'the abolition of work' only makes sense if it takes the typically boring, repetitive - and male - production line work as its archetype.2 Mies suggests a redefinition of 'production' as 'the production of human beings' as opposed to 'the production of surplus value for capital', and suggests a radical rethink of work by replacing the archetypal figure of the production line worker with that of the mother.

Mies' account is not unproblematic, and is bound up with a somewhat romantic advocacy of a return to the subsistence agriculture of her childhood, and more than a hint of gender essentialism. For this reason, it would be good to read her alongside an explicitly anti-work feminist text such as Kathi Weeks' recent 'The problem with work'. However, I think Mies' reconception of work points towards a sort of 'qualitative abolition', that is, a breakdown between the separate spheres of 'work' and 'life', production and meaning.

Here, 'work' is understood as off the clock, variously affective, arduous, meaningful, frustrating, rewarding. Childcare not line assembly. (Re)producing life not value. It's undertaken not because of a need to earn money to survive, but because it directly contributes to the reproduction of people, whether by raising children, growing food, cultural activities and so on. As it's not production for the market, capitalist notions of efficiency fall by the wayside, and instead the focus is on making necessary toil tolerable through sharing the burden.

Mies views technology as embodying an instrumental relation to nature, which reflects a patriarchal logic of the domination of (male) culture over (female) nature. Hence she rejects the abolition of work through technology and instead advocates low-tech subsistence as an ecological, feminist alternative to both capitalism and state socialism. Her argument is well made, but I think a more emancipatory view of technology, informed by the feminist critique of the invisible domestic labour on which such utopias often rest, could see these two perspectives combined to good effect.

A critical application of technology could abolish, or at least dramatically reduce, repetitive toil, while rethinking production as the reproduction of life could abolish both the gendered division of housework and the capitalist production of care, in favour of something produced in common and distributed according to needs. Work, as a separate sphere of life would be abolished. In place of the pursuit of profit, ecological limits and human needs, including the abolition of boredom, would guide the production of things. Productive activity would consist in the reproduction of human beings in place of the relentless production of value. Do the conditions of this movement follow from premises now in existence?

In place of the pursuit of profit, ecological limits and human needs, including the abolition of boredom, would guide the production of things.

Can you explain more and elaborate on the notion of abolishing boredom. I can't really see boredom as an especially capitalist thing that you can get rid of. Boredom just happens and is always going to be there imo.

capitalism tends to deskill and atomise the production process, which is 'efficient' in value terms but renders work dull, repetitive and meaningless. a combination of automation and reorganisation could reflect other priorities, such as reducing tedium, making it more social etc.

In place of the pursuit of profit, ecological limits and human needs, including the abolition of boredom, would guide the production of things.

Can you explain more and elaborate on the notion of abolishing boredom. I can't really see boredom as an especially capitalist thing that you can get rid of. Boredom just happens and is always going to be there imo.

in terms of abolishing boredom in its entirety, theoretically that may be possible (as does boredom exist in all types of human societies? I would be willing to bet that in some, such as primitive communist hunter gatherer societies, for example, the concept of boredom doesn't exist [I'm not aware of any studies on this. However there are societies where "work" doesn't exist]). But even if we assume there will always be boredom, in a communist society with workers in charge, instead of maximising profit our incentives would instead be to meet our needs with the minimum damage to the environment and the minimum amount of boredom.

So any particularly boring or onerous tasks which could not be eliminated completely could be shared out and minimised etc. Do you see what he means now?

In terms of the blog generally, I think it's a good one. Particularly some of the points around "women's work" came up in my debate with Michael Albert about parecon, as an economy which maintains "work" is likely to discriminate against women in terms of remuneration as so much "women's work" (i.e. mostly reproductive labour, caring labour etc) would not even be recognised as "work" - which Albert admitted, talking about cleaning and childcare in particular.

many of you have probably already seen the Nina Power article in the guardian, but just in case you haven't: http://www.guardian.co.uk/commentisfree/2013/jan/03/world-without-work

the comments are also worth reading as there are some good ones in there, it's generated quite a lot of discussion

Ahh I see, I thought you just meant abolishing boredom in general/in its entirety, I now understand you were mainly talking about abolishing boring work/making work very rarely boring. I think you would be very hard pressed to find human societies where people didn't ever get bored.

Great article! The "wrong to work" theme is something i think almost all working class people know but won't let them selves admit to it (or think there's no point anyway). Bringing up the Weber argument was great in that regard. It's a social relation (or at least belief) between workers not just workers and bosses.

Hey the excellent Caring Labor website has a full PDF of Kathi Week's book The Problem With Work. Sorry too lazy to add it to the library right now.

The language of labouring reveals its tortured roots

On the boredom thing... I think I have just had an idea for my ISP. In about 2 years I will tell you about whether there are any societies without the concept of boredom :)

A critical application of technology could dramatically reduce repetitive toil, while rethinking production as the reproduction of life could abolish both the gendered division of housework and the capitalist production of care. Work, as a separate sphere of life would be abolished. 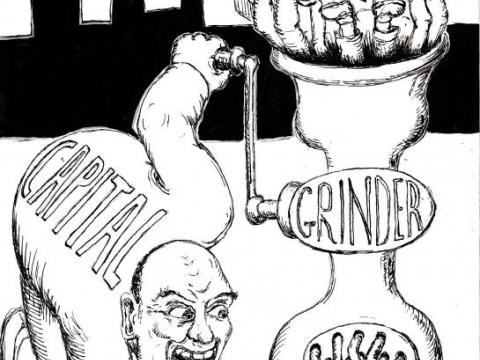 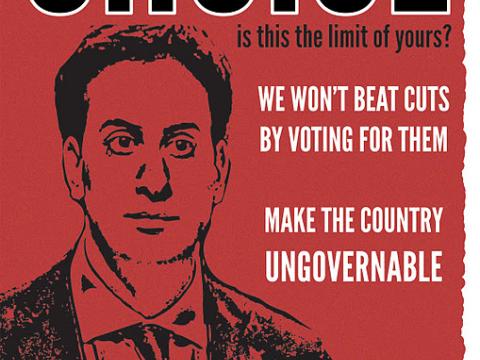 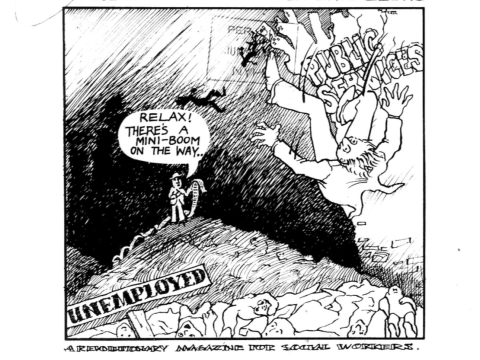 Most issues of Case Con: A Revolutionary Magazine for Social Workers from the 1970s. Most issues are… 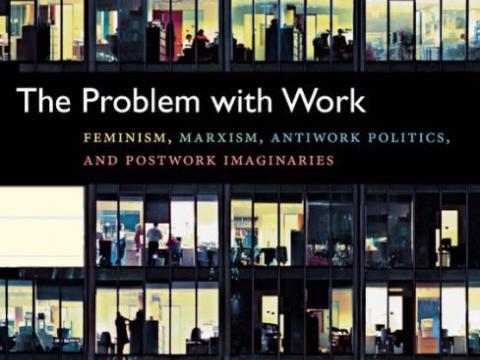 In The Problem with Work, Kathi Weeks boldly challenges the presupposition that…