Shchus and his detachment, end of 1918

Mefodisiy Zabudko was born into a poor peasant family in the village of Gavrilovka, in the Alexandrovsky district of Yekaterinoslav province. He worked from childhood as a labourer for the landlord Mezentsev. During the First World War he served as a cavalryman. In spring 1918 he returned to his native village and joined a detachment of guards that Mezentsev had put together to protect his estate.

However, he didn’t remain long in Mezentsev’s employ. The anarchist detachment of Fedosiy Shchus was operating in the vicinity of Gavrilovka and the neighbouring village of Bolshemikhaylovka during that summer, killing landlords, guards and other supporters of the regime of Hetman Skoropadsky. Zabudko quit Mezentsev’s guards and made his way to Shchus’s detachment in November 1918. At first, the partisans were suspicious of Zabudko, but local villagers spoke up for him.

Zabudko became an enthusiastic supporter of the Makhnovist movement and a commander in the Revolutionary Insurrectionary Army of Ukraine (RPAU). In spring 1919 he headed the 1st cavalry regiment of the RPAU, which at that time operated as an element of the Red Army. His military skill and courage made him one of the most respected Makhnovist commanders.

He took part in all the Makhnovist campaigns between 1919 and 1921, fighting against both Whites and Reds. He commanded several regiments in the fight against the White general Baron Wrangel, and took part in the breakthrough of the White front and the capture of the Crimea. When the Reds abruptly turned on the Makhnovists after, he managed to break through their encirclement.

By summer 1921 Zabudko was at the head of one of the two main cavalry groups of the Makhnovists. Appointed commander on June 2nd, Shchus, who had been his first commander, served as his chief of staff.
After this, information about Zabudko was sparse. After the Civil War, surviving Makhnovists regarded him as missing in combat, and historians assumed he had died in summer 1921.

However in the early 2000s, Vasily Zaitsev, a local historian based in Dnepropetrovsk, and like Zabudko a native of Gavrilovka, discovered his real fate.

Separated from the main Makhnovist group, Zabudko and a small detachment fought its way through Zaporozhye province. Only ten partisans returned to the area around Gavrilovka. Among these were Kalenik Fil, who had served on the soviet of the Makhnovists, had organised partisan detachments and had commanded a cavalry group under Zabudko; the former battalion commanders Fyodor Ganzha and Pavel Lyakh, former cavalry commander Timofey Antibura, and another former commander Pokhila. All of them had their origins in the villages of Gavrilovka, Malomikhailovka, Ivanovka and Podgavrilovka.

When the Bolsheviks declared an amnesty for the Makhnovists, they were highly suspicious of this. During autumn 1921 Zabudko and his comrades hid in the forests and ravines around Gavrilovka and Dibrovka. They were supported by local peasants who supplied them with food.

However the collapse of the armed struggle and the swamping of the region formerly controlled by the Makhnovists special units of the Cheka and extermination detachments, as well as the famine triggered by the massive export of grain from Ukraine to Russia, motivated to turning themselves in under the amnesty. The chairman of the Gavrilovka volost revolutionary committee, one Filipp Kovtun, sought out the Zabudko group in the forest and persuaded to turn themselves in under the amnesty. Twenty to thirty partisans had already returned to Gavrilovka and had been issued with the following document which stated "The bearer of the certificate is a former ordinary Makhnovist, who voluntarily surrendered to the authorities, was amnestied and sent to his homeland." This fact decided Zabudko and his comrades to take up the offer.

At first, things seemed to go well. The ex-partisans were allowed to keep their weapons, and Zabudko and his comrades offered to enter the School of Red Commanders in Kharkov. The only stricture was a ban on leaving Gavrilovka.

Zabudko gave evidence in the offices of the revolutionary committee in October, describing the death and burial of his chief of staff, Fedosiy Shchus. “Retreating from the pursuit of the 8th division of the Red Cossacks, we passed with a detachment past the town of Nedrigailov. And suddenly, a machine gun rattled from the bell tower of the local church and Shchus was mortally wounded”. He was buried on the steppe, and a squad of cavalrymen rode across his grave several times to obliterate any traces of burial so that the Reds would not later disinter his body for display in local urban centres.

However a Red punitive detachment was also located in the village, and a few days later, the ex-partisans were arrested and sent to Kharkov. On the night of November 3rd, in a display of Bolshevik treachery, they were informed that they were not subject to the amnesty, but instead to execution "in view of the serious crimes they had committed against the people and Soviet power." All ten were immediately shot.
Zabudko and his comrades were not the only former Makhnovists who were shot after surrendering under the amnesty. Vladimir Protsenko, Pavel Khokhotva, and Martyn Fomenko were shot on December 29th, 1921 (see the biography of Protsenko here at libcom). Fedosiy Vinnik, the last head of Makhnovist intelligence, was shot on February 25th, 1922. Mikhail Kanevsky, better known under the pseudonyms of Lontsov and Kochubei, and commander of a Makhnovist armoured train, was forced to write his autobiography by the Cheka. After October 19th, 1921, no more was heard of him, and he too, was almost certainly shot.

Sources:
False amnesty. How the Chekists destroyed the Makhnovists who voluntarily laid down their arms: http://argumentua.com/stati/lzhivaya-amnistiya-kak-chekisty-unichtozhali-makhnovtsev-dobrovolno-slozhivshikh-oruzhie 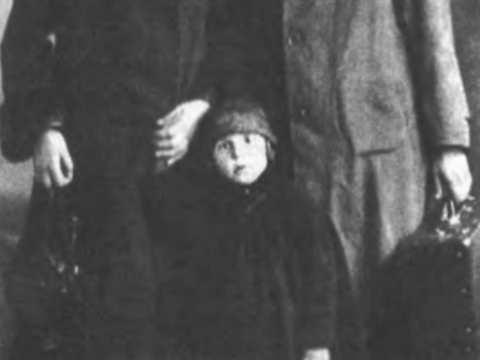 A short biography of Vasily Kharlamov, Makhnovist and close friend of Nestor Makhno. 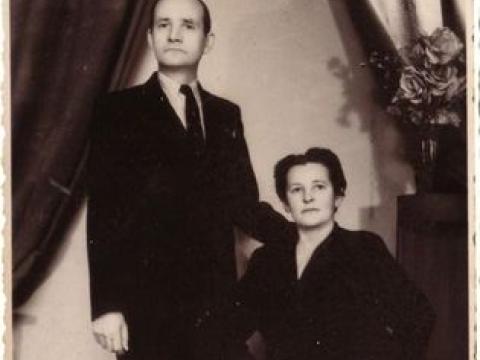 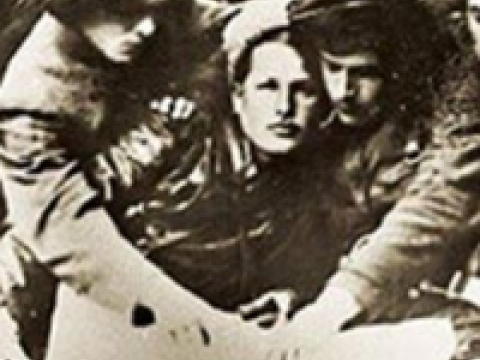