Introduction
After the disaster of the Millennium Dome, the delays and spiraling costs of the new Wembley Stadium and the abandoned plans to stage the 2005 World Athletics Championships at Picketts Lock in Enflied, you would expect us all to be skeptical of the government's competence in handling international events or large-scale 'regeneration' projects.

However, organisers of the bid to stage the Olympic Games in London in 2012, including the government, London Mayor Ken Livingstone and London business leaders, have apparently pulled off a remarkable achievement – convincing around sixty percent of Londoners in a recent poll that there are nothing but benefits to hosting the Games in the capital. They have done so largely by portraying the two-week sporting event itself as incidental to the ‘positive’ social, economic and environment impact on east London. As a result, anyone raising concerns about the astronomical £2.375 billion that will have to be spent between 2005 and 2012 is likely to be written off as ‘opposing much needed regeneration’ of a socially deprived area’. This has been a very effective strategy in closing down public debate about the implications of hosting the Olympics and the misleading claims of the bid’s supporters. However, if London is chosen as host in July 2005, a multi-million pound Olympic industry will have already gathered momentum and it will be too late for public scrutiny to have the effect it can have in the first six months of 2005.

What is to be done?
Plans are coming together to organise against London's Olympic bid to stage the Olympics in 2012. The bid is under review until late next Spring. The next six months would be the most crucial to showing the bid up as the farce that it is.

Check out the weblinks below for info on how you can get involved in organising against the olympics in London. 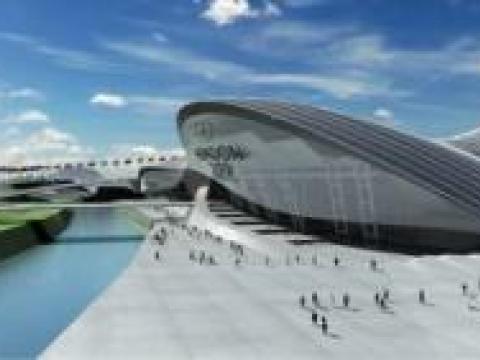