Stavros Kouchtsoglous - A Greek anarchist communist with anarchosyndicalist ideas
Stavros Kouchtsoglous born in Istanbul (Turkey) in 1878. According to his nephew Nickos Kouchtsoglou, a lawyer, Stavros Kouchtsoglous’s was descended from Propontida, Thrace. Sent to attend high school of Tsotylion, Kozani, a reformatory school of this period. But he was devoted, instead, since his early years in the struggle for the social revolution. Since he was a boy he worked as a cigarette maker and also in Piraeus as a seafarer.

He lived a turbulent life and influenced by the ideas of Michael Bakunin as well as the ideas of other anarchist thinkers. He traveled to several countries of Europe, where he participated in many anarchic outbursts and social unrests. According to his nephew, probably in 1912, he participated in an anarchist conference in Spain. He thus obtained lots of links and contacts with anarchist organisations and newspapers of several countries. In Istanbul and Alexandria he was amongst the protagonists in workers’ and social mobilisations, which often evolved into violent clashes with government and employers. Also, at an early age, he allegedly participated as a volunteer in the Garivaldi’s army and took part in several wars with revolutionary and liberating character.

He was both a serious scholar of the works of Bakunin, Kropotkin, Reclus, Grave and Malatesta (who he had personally met and worked with him in Egypt). Stavros Kouchtsoglous was a genuine and integrated anarchist, and had an extensive theoretical education and treat easily extracts by all anarchists theorists as Agis Stinas wrote.

He wrote “Down with the Mask”, a response to various Marxist theories, especially by Nikolai Bucharin, about anarchists. This text reveals that Kouchtsoglous was clearly an anarchist communist with syndicalist views and content of action. At some point he exercise an indirect criticism on anarchist socialism (collectivism), rather not as a matter of principle, but, obviously, because he aimed to oppose the Leninist left who then began to appear in Greece and of which he predicted in some extent the development and extension of that trend through the full control of the trade union movement from the 1920s onwards.

In 1912 in Cairo he issued a brochure with the same title "Down with the Mask". He also wrote another brochure under the title "The birth and partition of socialism", a study on the future of the Communist International (which has been lost), several articles in magazines and newspapers as well as revolutionary poems.

After the persecution against the anarchists and socialists in Egypt, he went in Athens and together with Kostas Speras, Yannis Fanouraki and others tried to persuade the workers to resist the danger the then newly formed trade unions to be subjected and controlled by the also then young SEKE (Socialist Workers’ Party of Greece, after KKE – Communist Party of Greece)). He then settled in Volos where he tried to promote the anarchist communist and syndicalist ideas and wrote several articles for the daily revolutionary syndicalist newspaper «Defense» whose editor was Heracles Apostolidis. Some of these articles were "Down with the Mask" - referring to the title of his two brochures mentioned before - "Who is the thief and who is the landlord?" (16 June 1920), "The communists into parenthesis" (28 September -22 October 1920), "I do not vote" (2 November 1920), "About a circle" (3 November 1920) and various others.

A little bit before the expulsion of the anarchosyndicalists from the GSEE (General Confederation of Workers of Greece) and EKA (Athens Workers’ Centre), Stavros Kouchtsoglous contributed to the establishment of the Federation of Cigarette Makers Unions (around 1921-1922), spreading anarchosyndicalist ideas. Of course, the reformist of KKE never missed the opportunity to slander and abuse not only S. Kouchtsoglous, but all other anarchists and revolutionary trade unionists of this time.

Shortly before the outbreak of World War II, as Agis Stinas, Kouchtsoglous’s closest friend and collaborator, despite the big gap of age, was Andreas Keramopoulos, who had several common characteristics and ideas as well as theoretical education with him. When Kouchtsoglous, as an old man went to live his last years in a home for the aged, entrusted to Keramopoulos a fairly remarkable and rich library with several manuscripts. However, Andreas Keramopoulos as has been involved in the general movement and risking an arrest, trusted in turn, the library in his brother Thanasis Keramopoulos, who, however, died of starvation during the German occupation. Thus, the library should be in the hands of his wife of Thanasis Keramopoulos, but with the end of the occupation she lost along with this valuable library.

Stavros Kouchtsoglous died in 1949, according to Agis Stinas, who met him in his last years. He faced death as a rebel and atheist. In a priest who was insisting to give a communion to him, he said: "My priest, go out because I am going to spit inside". They were his last words.

Thanks for the info. Having a look elsewhere on the web, both seem to be used quite commonly. I wonder if this could be some discrepancy in translating from Greek to Roman characters? Or if it is definitely a former we can do a search and replace to correct it. 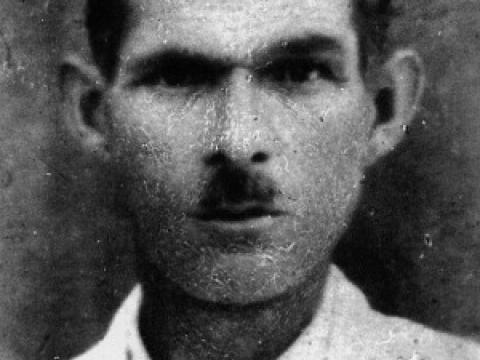 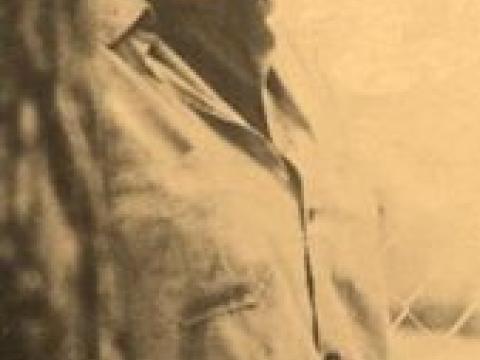