5th Evade Chile 2019 Communiqué: If everything doesn’t change, nothing ever will.

A communique from the Chilean revolt of 2019, originally based on a letter from Belgian comrades, translated by Ediciones Inéditas and taken from an archived copy of the defunct EI site.

The fifth communiqué by Evade Chile 2019. Received yesterday (Nov. 1st). This is actually a letter they received from Belgium, hence the change of rhetoric & style (which we actually don’t agree with very much: too much humanism, moralism and a lack of class analysis). What follows is its translation.

Is it possible to exit the spiral of violence?

This is a question we have to ask the government and have them remember the words of Blanqui: “Yes, gentlemen, this is a war between the rich and the poor. This is how the rich have wanted it and they are, in effect, the aggressors. With the particularity that they consider it disastrous the fact that the poor oppose them with resistance. When referring to the people they will only state circumlocutions: [the people are] a ferocious animal which defends itself when it is attacked.” Blanqui’s project, which advocated for armed struggle against the exploiters, deserves to be examined, scrutinized under the light of its evolution in conjunction with capitalism and the worker’s movement, which struggled to end it.

The proletarian conscience which aspired to found a classless society has been a transitory form which has acquired human consciousness in history, in an era where the productive sector had not yet given way to the colonization of consumerism. This is the human consciousness that resurfaces today as an insurrection in many places and of which the revolt in Chile is an omen. We witness the emergence of insurrectionary pacifism that, armed only with the irrepressible will to live, and which opposes itself to the the destructive violence of the government. The State cannot and does not want to listen to the demands of a people whose public good has been taken away long ago, its res republica.

Clearly, human dignity and the tenacious determination of the insurgents are precisely what is saving the mafiosos in power from a wave of violence which would physically hit them, even in their ghettos of dirty money.

To top off the absurdity, they find nothing better than to throw darts against a movement that is avoiding a fair reaction against their violence. They sick their guard dogs of the media & police. They take out eyes, imprison. They kill with impunity. They proliferate provocations, exhibiting towards the most disadvantaged their external & derisory signs of wealth. The care they put into denouncing, or even effectively instigating those who light barricades and those who break windows…doesn’t it show that they are not looking for a real civil war but rather its simulacrum, its staging? As everyone knows, chaos is good for business.

The leaders have no support other than profit, whose inhumanity corrodes them. They have no more intelligence than the money they harvest. They are barbarism whose usurped illegitimacy which the insurgents will not stop at annulling.

Privilege being human1 ; organize without bosses or self-appointed delegates; ensure the preeminence of the conscious individual over the individualist moo of the populist flock; such are the best guarantees of the collapse of this oppressive system and its destructive violence for the insurrection in progress and for the peoples of the world.

The proletarian conscience which aspired to found a classless society... is the human consciousness that resurfaces today as an insurrection in many places and of which the revolt in Chile is an omen. 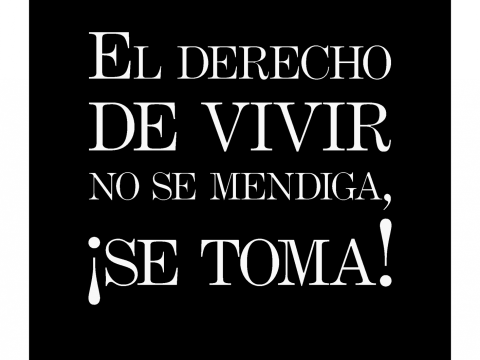 A series of communiqués from the Chilean revolt of 2019, translated by Ediciones Inéditas and taken from an archived copy of the defunct EI site.

A communique from the Chilean revolt of 2019, formerly hosted by Ediciones Inéditas. Taken from the archived version of the defunct EI website.

2nd Evade Chile 2019 Communiqué: This Will Not Stop

A communique from the Chilean revolt of 2019, translated by Ediciones Inéditas and taken from an archived version of the defunct EI website.

A communique from the Chilean revolt of 2019, translated by Ediciones Inéditas and taken from an archived copy of the defunct EI site.