On May 21 (the anniversary of Suharto's fall from power) FAF and other resistance organisations demonstrated against the military's dual function, the next fake election and for real transitional government. The rally was 500-strong, consisting of students, labourers, farmers, slum-dwellers and local punks. Riot police attacked the peaceful protest, resulting in three injuries.

One of the aims was to show that the June election is just more bullshit because the military and the status quo will still exist, continuing their oppression. It's difficult for us right now because the masses are taken-in by election hype; they still haven't come down from their initial euphoria.

Similar demonstrations also took place in other cities like Jakarta, Solo, Yogyakarta, Surabaya, Lampung, and Padang, causing differing levels of chaos. The biggest was in Jakarta where 75 people were injured and hundreds jailed.

Right now, Indonesia is in election campaign mode. Most people believe that the election will improve our ever-worsening conditions. They don't realise that whoever wins, the regime is guaranteed 34% of the seats by law. People are still being killed in Aceh, Timor and Papua. Bloodshed is still everywhere. We will keep the campaign going and bring ever more people into the insurrectionary movement. We're waiting patiently with clenched fists.

Below is our address — we'd welcome literature or anything else helpful. Please write nothing but the address on envelopes to avoid censorship.

During late November and December, the situation in Indonesia once again went on the boil, with huge riots against President Habibie, who is trying to hold onto power. During these momentous events, there was a Finnish anarchist in Jakarta, the Indonesian capital, who observed them at first hand and spoke to many of the participants. From Black Flag #216 1999.
Image 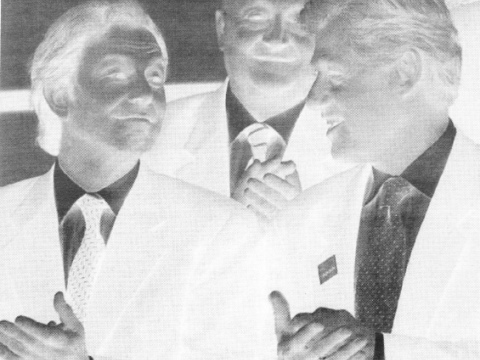 On Friday 30 July those 'saviours' of the Balkans, Tony Blair and Bill Clinton, arrived in Sarajevo to hold a press conference where they…