Indian anarchist Pranav Jeevan P writes on Begumpura, a utopia envisioned by the mystic and poet Guru Raidas. This article was first published by Round Table India.

Begumpura ("land without sorrow") is a stateless, classless, casteless society imagined by poet Guru Raidas in his poem around 500 years ago in India. It was possibly the first imagination of an anarchist utopia in Indian literature. It became the guiding light for anti-caste intellectuals for imagining the society that they aspire to create.

The regal realm with the sorrowless name:
they call it Begumpura, a place with no pain,
No taxes or cares, none owns property there,
no wrongdoing, worry, terror, or torture.
Oh, my brother, I've come to take it as my own,
my distant home where everything is right.
That imperial kingdom is rich and secure,
where none are third or second – all are one;
They do this or that, they walk where they wish,
they stroll through fabled palaces unchallenged.
Oh, says Ravidas, a tanner now set free,
those who walk beside me are my friends. 1

What makes Begumpura different from the other ancient imaginations of utopia is the lack of a government or king, which is clear from the "no taxes", "no property". An absence of private property and government points to an anarchist utopia on the principles of self-organization of free individuals based on mutual aid and participatory democracy. The casteless and classless society points to social and economic democracy. "They do this or that, they walk where they wish,they stroll through fabled palaces unchallenged" shows that the members of Begumpura are free individuals without any oppressive and coercive hierarchical institutions to govern them. It also signifies the freedom of women from exploitation and assault. This is almost similar to the ideas that Paris commune of 1871, Revolutionary Catalonia of Spain during 1930s, Chiapas in Mexico and Rojava in Syria, tried to establish. Begumpura is an imagination against caste, class, state, Brahmanical hierarchies and patriarchy. A society living in harmony and free from all forms of discrimination. Guru Raidas's poems against untouchability, caste and social injustice, has long been a source of strength for the downtrodden to drive social change. Ravidas held caste discrimination as root of all social strife.

Anarchist social theory proceeds with the assumption that a better world is possible. That institutions like the state, capitalism, racism, casteism, and male dominance are not inevitable; that it is possible to have a world in which these things would not exist2 . Anarchists believe that we need to prefigure the world we want to create so that we can decide on actions that can lead to such a world. Guru Raidas clearly conceived in his imagination what we seek to establish. He pre-figured a society where all forms of coercion vanish and people live with liberty and form voluntary associations based on democracy and mutual aid. It is high time that we revisit and re-imagine these visions, understand and imbibe the ideas behind them and work towards creating our Begumpura.

Pranav Jeevan P is currently a PhD candidate in Artificial Intelligence at IIT Bombay. He has earlier studied quantum computing in IIT Madras and Robotics at IIT Kanpur.

Guru Raidas clearly conceived in his imagination what we seek to establish. He pre-figured a society where all forms of coercion vanish and people live with liberty and form voluntary associations based on democracy and mutual aid.

Annihilation of caste: Can an anarchist perspective work?

Indian anarchist Pranav Jeevan P writes on what anarchism has to offer the anti-caste movement. This article was first published by Round Table India.
Image 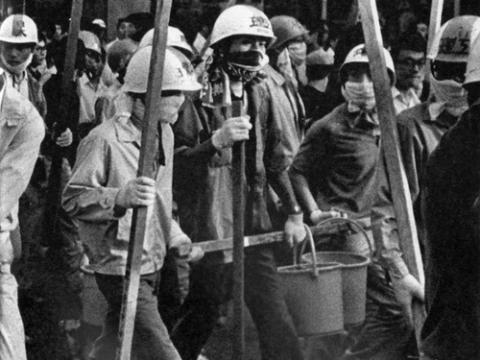 GEOFFREY OSTERGAARD. who is a frequent contributor to ANARCHY, is visiting Professor of Political Science at Osmania University, Hyderabad.
Image 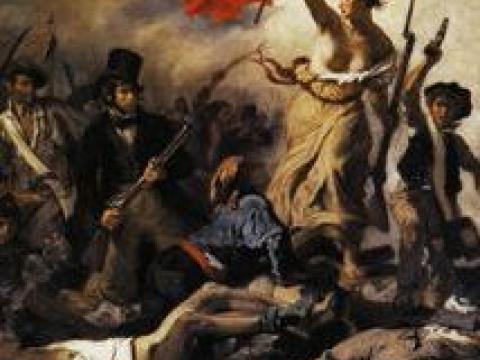 A history of song, music and revolutionary working class politics in France from the 1789 Revolution up to the 1980s and punk.