87 years ago Rio de Janeiro was shaken by a series of events that in one of the most important episodes in the history of the Brazilian workers' movement: an insurrectionary strike designed to bring down oligarchic republican government and replace it with a workers' and soldiers' council.

From 1917, class-conscious Brazilian workers, particularly in Rio de Janeiro and Sao Paulo had been organising at an accelerated rate. In July that year, Sao Paulo had ground to a halt after a general strike triggered by the police murder of a young shoemaker. For four days the city was turned into a battlefield with countless clashes between the masses and the security forces. In Rio de Janeiro, which was the capital in those days, militants from the FORJ (Federacao Operaria do Rio de Janeiro) had been busy with a campaign against the cost of living and by May there had been nearly 50 rallies, in spite of police bans. Alongside this process the FORJ was painstakingly reorganising the trade unions. By the middle of the year this was bearing fruit with the establishment of the Civil Construction Workers' Union (UOCC) and the Textile Workers' Union (UOFT). Brutal repression of the Corcovado Textile Plant strike in May and the collapse of the New York Hotel on July 7 with the deaths of dozens of workers exasperated the carioca (Rio) workers. On July 17 1917, a gathering at the FORJ headquarters decided to go on strike. The strike quickly spread to a number of industries, strengthening the unions which experienced dizzying growth from then on.

1918 opened under the shadow of the revolution in Russia which triggered a wave of optimism and unrest in the conscious proletariat the world over. In January, libertarian militants established the Rio de Janeiro Anarchist Alliance, a specific social propaganda organisation. 1st March saw the establishment of the General Workers' Union (UGT) when the FORT was banned by the police after the general strike, In April, following a fortnight on strike, the shoemakers won the eight and a half hour working day. The press started to speculate about a 'planned general strike' and the police cracked down on the UGT. With a state of siege decreed, May Day was marked in a big UGT-sponsored rally in the Theatre Maison Moderne in the Praca Tiradentes. June and July saw strikes by cabinet-makers, marble workers, colliers, dockers and hat-makers, with several textile plants being brought to a standstill. On August 3, a strike was called for better wages and shorter hours for the shipbuilders and the tram workers. The strike resembled an uprising following clashes between the populace and the security forces in the Rua da Conceicao in Niteroi. Several troopers from the army's 58th Chasseurs defected to the strikers, two of them being shot dead in the exchange of fire. This raised workers' expectations of forging an alliance with the lower ranks of the armed forces, as had happened in Russia.

As the cost of living rose throughout the country there was an upsurge in strikes and demonstrations in virtually every state capital and industrial city. Again there were rumours of a general strike looming in Rio and this caused the upper echelons of the Republicans some concern. Meanwhile, in the city of Petropolis in Rio state, the famished populace looted and fought with the police.

Disaster struck at the end of September. Rio was hit by the Spanish flu epidemic which claimed the lives of thousands of workers. The police rounded-up workers active on the Committee to Combat the Epidemic as the bourgeoisie and the authorities fled to the safety of the mountains. By November, the epidemic was easing off, but starvation continued to claim hundreds of lives.

The approaching uprising was presaged by a flurry of activity. The textile employers refused to heed the weavers' demands; the newspapers were filled with reports of proletarian revolution in Germany, the ending of the First World War, and of Delfim Moreira standing in for the ailing elected President Rodrigues Alves on November 15.

On November 18, the weavers declared a strike in the mills in Rio, Niteroi, Petropolis, Mage and Santo Aleixo simultaneously. The metalworkers and construction workers threw their weight behind it. In the mid-afternoon, strikers began to converge on the Campo de Sao Cristovae. The police ordered them to disperse and tried to make arrests. The workers retaliated and shooting started. Two bombs went off at the police station and the crowds invaded the premises. Shortly after that, troops intervened to clear the police station and scatter the workers who were attempting to invade the army stores. The fighting spread into neighbouring streets and cavalry charges scattered the rebels. Controversially, Edgar Rodrigues, in his 1972 book based on depositions from militants, argues that the workers, having learned from a captain that the uprising had been betrayed. kept things low-key. The uprising was doomed in advance.

The soldiers' treachery and failure to go over to the rebels put paid to the plans painstakingly worked-out over months. The details of those plans were known in advance to the police and army. One serviceman, Lieutenant forge Elias Ajus, had infiltrated the movement and taken part in all of the meetings and was even placed in charge of the rebellion's military strategy. The plan was that after capturing the army's stores, the workers and mutinous soldiers would make for the city centre and attack the prefecture, Police Head-quarters and the barracks of the Police Brigade. Meanwhile, workers from the southern zone were to attack the Palacio do Catete and the Chamber of Deputies, after which the establishment of a Workers' and Soldiers' Council would be proclaimed.

In the early evening of November 18 all of the movement's 'ringleaders' and almost 200 anarchist militants, workers and 'suspects' were arrested. At the gates of the Confiaga factory, police killed the weaver Manuel Martins and wounded another who died a few days later. The funeral procession, even though banned, was escorted by hundreds of workers. In spite of violent repression, the weavers', metalworkers' and construction workers' strike dragged on for a further two weeks. On November 20 the repression led to the closure of these unions' premises and on November 22 the UGT was disbanded by order of the federal government.

The 1918 uprising was no starry-eyed adventure of little consequence; it was an attempt by the workers themselves to effect their liberation, based on their own experiences of struggle and organisation and their desire to see the yearned for Social Revolution made a reality. The finest tribute we could pay these comrades is our struggle to keep alive the flame that will light the way to a classless, exploitation-free society with neither State nor domination. 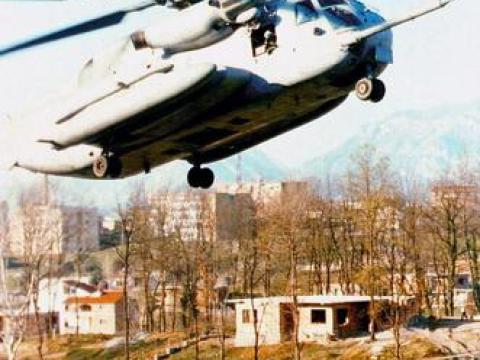 An eyewitness record of Albania during March, covering the confrontation between Berisha, the political parties and the rebels. 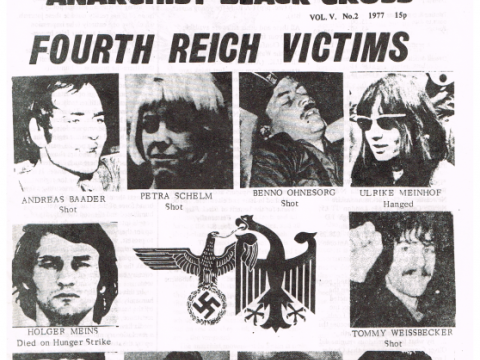