The Dead End of 'Charter' Politics

One of the art forms created by surrealist artists such as Marcel Duchamp was the 'cabinet of curiosities'. These were random collections of objects which left the viewer to try to figure out their inter-relationship and overall meaning. The "People's Charter for Social Justice", launched originally by the Merseyside Port Shop Stewards Committee, is a similar sort of strange mixture of elements.

Draft and revised versions of the Charter have appeared in issues of the Dockers' Charter newspaper published by the Liverpool Dock Shop Stewards Committee. The Charter is a reflection of the desire on the part of many Liverpool dockers and their supporters to see the development of a wider movement of opposition to the present attacks on our class. This ambition has been left unfulfilled because of the absence of any widespread upsurge of class struggle in Britain while the dockers' struggle was taking place. In its place the dockers and their supporters have fallen back on the traditional campaign-type politics of 'the left', and it is this which is encapsulated in the Charter.

The Charter is thus an expression of one of the weaknesses of the Liverpool dockers' struggle rather than any of its strengths. Although the locked-out Merseyside dockers were unable to impose their demand for full reinstatement of the sacked Mersey Docks workers, they have shown amazing and inspiring courage, solidarity and determination in their struggle. Unable to draw in other dockers in Britain already subjected to wholesale casualisation, they travelled the world to gain international support, established their own 'Women of the Waterfront' women's support group, forged links with strikers in other parts of the country, and found common cause with environmental activists struggling against capitalism's expansion of the motorways and incursions into our public and social space. Faced with the hostility and obstruction of the national apparatus of the Transport & General Workers' Union they went directly to other workers whenever possible, using the official union machinery where they had to or by-passing it where necessary and if possible.

If the struggle didn't go beyond the limits of trade unionism this says more about the lack of resonance in the wider class struggle than it does about the dockers' own efforts. In general the links made were directly with other workers in struggle and were based on straightforward solidarity and mutual aid. Most of these industrial struggles like those by Magnet Kitchens and Hillingdon hospital workers have been relatively small-scale and isolated. There hasn't been a large group of workers in struggle in Britain where a genuine unified and joint action could have been made possible.

The "People's Charter for Social Justice" is a less than poor parody of the sort of extension of their struggle which the dockers really needed. It is an at times incoherent and self-contradictory mish-mash of "demands". Basically the political programme underlying the Charter is clapped-out 'Old Labour' welfarist state capitalism. The Charter has been criticised for not making it clear that "All the major social injustices are caused by capitalism" and that "we are not able to fully achieve the demands of the People's Charter within the present system" (letter from a London Support Group member, Dockers Charter no.16, June 1997). In fact no going beyond capitalism seems to be envisaged and most of the "demands" implicitly accept that the wages system, antagonistic division of society between bosses and workers etc. will be maintained. This is especially true of points 2 ("The right to join a trade union..."), 3 ("The right to work...") and 5 ("Defence of the Welfare State...").

Accompanying this economic programme are other demands amounting to the sort of democratic modernisation of the political apparatus long promoted by liberal and leftist supporters of the system e.g. "Equal rights for all", "The right of citizenship within a democracy", and so on. The implementation of these measures would serve no other purpose than to shore up the system and further integrate workers as atomised individual citizens into the system that exploits and oppresses us.

Completing the line-up are a few points thrown in reflecting links with Reclaim the Streets activists, plus other old favourites like nuclear disarmament and British troops out of Ireland. In short, there's at least something here for everyone.

This long leftist shopping list is expressed entirely in the language of "human rights". "Demands" appearing to assert "rights" and "freedoms" which are supposed to already exist (or which it is believed ought to exist) become in practice an appeal to the ruling class and its state to provide these things, as can be seen for example in the number of points in the Charter which require the repeal or reversal of current legislation and policy. Perhaps this is why the Charter calls for "Abolition of the monarchy and the House of Lords" but not abolition of the House of Commons - presumably MPs will still be needed to pass all the necessary legislation.

Nowhere is there any recognition of the fact that in class-divided capitalist society we have no inalienable "rights" as "humans", and that the only "rights", "freedoms" etc workers "enjoy" are those which at any particular time we as a class are powerful enough to assert and maintain. Some of the measures "demanded" in the Charter would only be possible if workers were already strong enough and militant enough to impose them anyway. An example is point 10 which demands: "The right of workers to organise internationally to resist injustice and oppression, to reclaim the planet and put an end to war". If workers were strong enough to achieve these objectives wouldn't we just be going right ahead and doing it? The idea that the "right" to do it has to be "demanded" is simply a measure of our weakness.

To sum up, the Charter approach is a huge diversion away from the task of class organisation and promotion of united struggle and direct action in our own interests, into support for reform and modernisation of capitalism. It may well reflect the political aspirations of dockers stewards or left-wing groups influential in their support, but it is not an expression of independent class struggle or the need to overthrow capitalism.

The Charter approach is a huge diversion away from the task of class organisation and promotion of united struggle and direct action in our own interests, into support for reform and modernisation of capitalism. 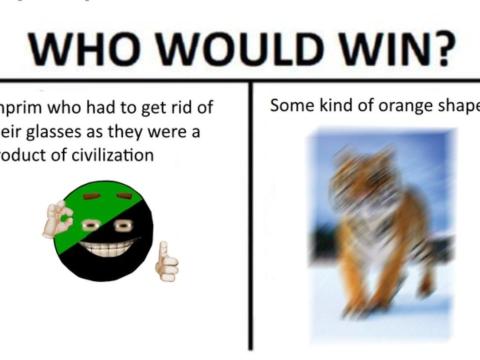 Correspondence on primitivsm. Green Anarchist reply to letters in Subversion #22. Steve from Hastings replies to them. From 1997.

For Those Of You Thinking About Getting A Job

This article expresses the thoughts of one member of Subversion and is not to be taken as a kind of "Subversion group policy". There was some discussion within Subversion before publishing this article. We decided to publish it, but also to make a number of points at the end, reflecting the discussions that took place