ON TUESDAY OCT. 25th. 1988, THE NATIONAL MEDIA AND THOUSAND OF DEMONSTRATORS DESCENDED ON BRADFORD'S TOWN HALL.

The event was the beginning of what the Tories called 'The Bradford Revolution'. But this was not a revolution by, or for, the people. This was about the Introduction of a callous and brutal attack on Bradford's working class.

It was a Tory revolution in that it marked a milestone for them in their attempts 'to wipe-out Municipal Socialism forever'. That is to change, through privatisation, the way local authorities operate.

Essential to all of this was one man, Eric Pickles, The Bradford Tories leader. Following the life of Eric Pickles and the 'revolution' in Bradford to date is the subject of a new book, 'The Pickles Papers'. I thought it a very worth-while book (although I'm biased what with having family there) but I think it would be an enlightening read for anyone, especially those in Inner city areas because it gives an insight Into how local authorities (City Hall politics) works.

In this Instance the Tories wheeled, dealed, lied and cheated their way to 'a majority' (based on the casting vote of a Tory Lord Mayor) to win through their 'revolution'. And how since gaining power the Tories, and especially Tory leader Eric Pickles, have tackled the problems over their radical plans.

It is not a boring Intellectual book, though the large number of names mentioned are a bit hard to take in. It is written in an 'easy-read' way without being slow and over simplified. I thought it worthwhile tracking down the author to ask him a few questions about the book.
It says in the book that it is a story of intrigue and double dealing, ambition and power, sex and money. There are elements of all these in the book, but weren't some of the facts made up? It does sometimes read more like fiction.

"No, nothing has been invented, It was well researched over 12 months. Key characters went under surveillance, secret documents were intercepted and top level moles probed."

In the chapter entitled 'Blackmail' it seemed you were implying that Eric Pickles was visiting a prostitute. You could certainly have made a good guess that this was the case, why didn't you?

"For legal reasons we couldn't be more specific than this. But remember he was being blackmailed for something, by events that centred around Bradford's notorious red light district."

You say that to the Labour Party and Unions he was 'a puppet of Central Government'. To the Tories he was a 'Hero'. To Journalists he was a 'man of mystery', and that to protesters against him he was, at best, 'a Fat Tory Bastard'. Which description of him do you think is most accurate?

"I'm amongst the protesters against him."

The 'Pickles Papers' is available from 'One In Twelve Publications' 21 to 23 Albion Street, Bradford, W. Yorks. Price £5.00.

A publication produced by Class War during the 1984-85 miners' strike, with the slogans "Victory to… 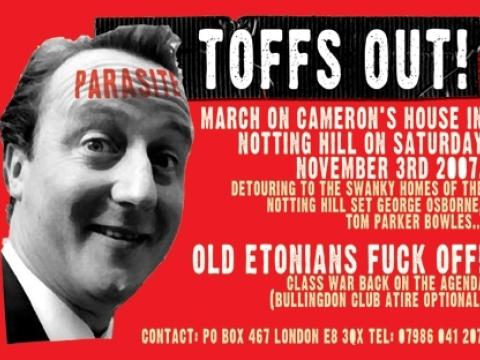 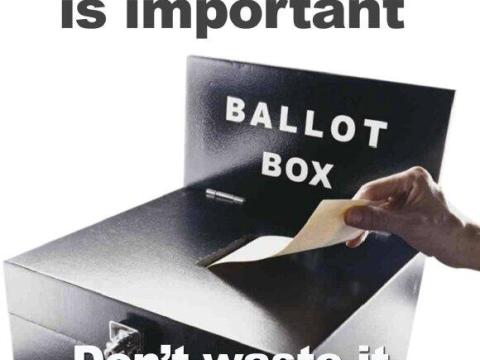 As a post script to the series on 'tactical voting' strategies and election narratives, a critical look at two different parties at the more…