PAT ARROWSMITH, field organiser for the Committee of 100, is at present serving a 3-month sentence in Gateside Prison, Greenock, for her part in the anti-Polaris demonstration at Holy Loch. This article is extracted from an account of her experiences in Holloway Prison following the Direct Action Committee's demonstrations at missile and nuclear warfare bases in 1959 and 1960.

HOLLOWAY IS A BLEND of the archaic and the modern; of toughness and mildness. Within its pseudo-medieval walls are stone-cold punishment cells and psycho-therapists' offices. A group of first offenders may be busy on an emotional-stability test while simultaneously, in another part of the building, some recalcitrant prisoner is being led away for a spell of bread and water in solitary confinement. The day's work is a dreary routine of enforced scrubbing, coal-shovelling, laundering, or sewing, with no more incentive attached to the job than an automatically earned shilling or two a week. Yet many of the prisoners are encouraged to spend their evening "association" period having classes and discussion groups, or rehearsing revues and pantomimes to be performed in front of their fellow-prisoners. Films are shown once a month; and a Sunday seldom passes without some group of outside musicians coming in to entertain the prisoners in the chapel.
Few of the prison officers seemed to be "dragons". The majority were quite pleasant young women who might well have been nurses. They were evidently expected to try to be moderately friendly towards the prisoners rather than provoke their hostility. Lying in our drab, brick-walled, dimly lit cells at night, it came as quite a shock at first to hear a bright kindly voice calling through the peephole: "Are you alright? Good-night." Occasionally the voice even added "dear". Archaic though Holloway is, the buildings are centrally heated, except for the punishment cells, in which women might be confined for days on end. But the heating is tepid. We ranked as "civil prisoners", and as such could wear our own clothes and keep tolerably warm. In 1959, with precisely the same charge, we were, for some reason, classified as ordinary convicted prisoners and so wore prison dress. We found out what it is like to be in Holloway in mid-winter in a cotton frock and threadbare cardigan. Outdoors, on the daily hour's exercise, prisoners have nothing warmer to wear than a short cape. On the very coldest days, even when not raining, we were not allowed out, presumably because the officers realised how inadequate our clothing was. The food did not seem as bad as the clothing. It was reminiscent of board-school meals in wartime. The sugar ration was microscopic, the milk intake negligible, and the sliced bread super-abundant. However, there were plenty of cooked vegetables, fruit occasionally, buns, fish and chips, and a reasonable supply of somewhat dubious-looking "beef".
When we were in Holloway the first time we were put on the First Offenders' Wing, which was run on quite imaginative lines. We slept in bedrooms instead of cells; and sitting on a cretonne-covered sofa in the common-room among cliques of gossiping women it was hard to believe we were in Holloway and not some Y. W. C. A. hostel. This time we were in the main prison block on the Remand Wing. Although nearly all the women on this wing were unsentenced, in many ways they had a worse time than anyone else in Holloway. They were locked up in their cells for the night at 4 p.m., whereas the rest of us were out till seven. On Christmas Day they emerged for only about an hour; and they were debarred from nearly all the prison entertainments. It seems an anomaly of British law that people regarded as innocent should not only be held in prison, but in addition should have a worse time than the sentenced prisoners. Among the assortment of remands, debtors, and drunks on this wing were several foreign girls who were waiting to be deported. They had not necessarily committed any offence other than failing to notify the authorities of a change of address; yet there they were, obliged in some cases to spend two or three weeks locked up in one of the dreariest parts of Holloway. They too, were locked in their cells at 4 p.m. and not allowed out to go to most of the prison entertainments.
Holloway reminded me in some ways of the old-fashioned mental hospital where I once worked. There was the same rigid, custodial atmosphere; the same humiliatingly shapeless clothes; the same clanking of keys and endless locking and unlocking of doors. Like mental patients, we were expected to cut up our food with a blunt tin blade – except at dinner-time, when, for some obscure reason, we were trusted not to commit suicide and supplied with knives. The officers themselves, however, compared favourably with the mental nurses I worked with. They treated those in their charge in a friendlier, more humane way.
But Holloway is still very far from being a therapeutic institution. The atmosphere is repressive, and it did not seem to us that any of the women we got to know were likely to "mend their ways" as a result of their spell "inside". The maladjusted girl of 16, with a history of emotional deprivation – foster homes, approved school, borstal – who was dragged to a punishment cell just before Christmas and hammered on the door for hours on end, could surely only be the worse for her experiences in prison. All too little psycho-therapy and intensive case work is possible among some three hundred social misfits catered for by only two or three welfare workers, one psychiatric social worker, one psychologist, and one part-time psychiatrist. We had disheartening conversations with teenage ex-borstal girls who were taking Holloway in their stride, and seemed quite reconciled to their fate. Prison sentences were certainly not going to cure or deter them. 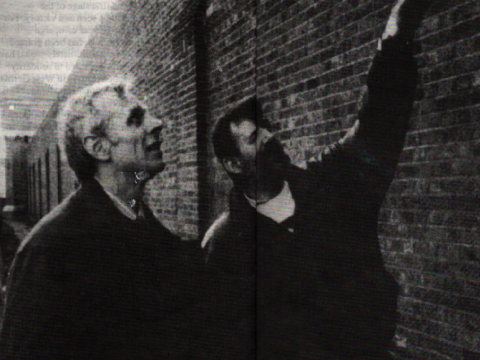 Black Flag interviews Mike Randle, one of the activists who freed George Blake from Wormwood Scrubs in 1966. (Interview from 1989) 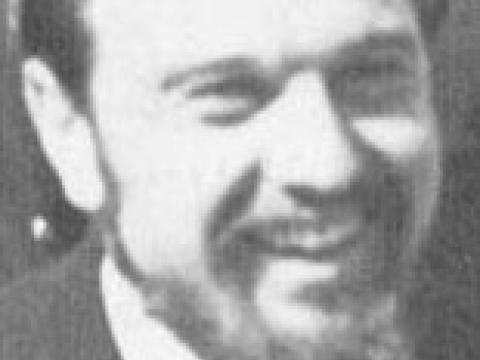 A short history of the miraculous prison break of Soviet double-agent George Blake from a British jail, organised by two libertarian activists. 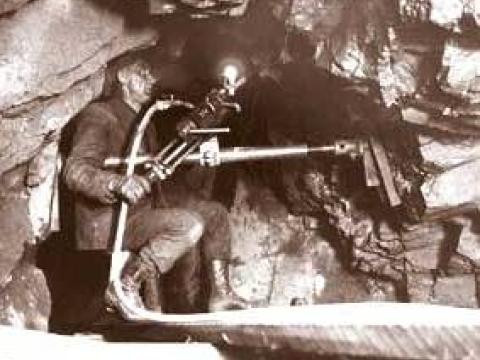 Howard Zinn's account of American miners' struggles against the use of slave prison labour.