Hunt Sabbing and the CJA

This article, from Black Flag #208 in mid-1995, was one of a series looking at the impact of the Criminal Justice Act, which aimed to criminalise the activities of hunt saboteurs, amongst others.

The Criminal Justice Act was introduced by a desperate Home Secretary, Michael Howard, to regain some popularity by attacking those the Tories believe were the scum of society - those who lived outside their property-based society. So travellers, squatters and hunt saboteurs became the focus of the rampant, union-jack waving, blue-rinse loyalists at the 1994 Conservative Party Conference.

Unfortunately for the 'get orf moi land' brigade, Mr Howard hadn't consulted the police about his pronouncements and that is where his trouble started. The police cope (or don't) with many public order activities - demos, football matches, and the like - which all have one thing in common. They are basically static, or at least those to be herded walk willingly and sheep-like in one direction at a time. In order to stop hunt saboteurs, the police have to catch them when they are on land they are banned from, and on which they are disrupting a lawful activity. Above all, they have to catch them...

So whilst ten coppers can easily police a demonstration of 100 or a football crowd of 1,000, in order to stop a hunt sabotage they effectively have to match the protesters one for one - and pursue them across often rugged terrain for several miles, then cart them back to waiting police vehicles which also have to be staffed, so that the remaining hunt sab in the bushes doesn't simply pop up at the opportune moment and let their mates out. Now if only twenty sabs in thirty hunt sab groups attack thirty hunts across the country each Saturday, you can quickly count the number of police needed - at the same time that they are supposed to be covering the major sporting events, prime time shopping, etc. The result over the past two hunting seasons has been that, in many areas, the police have simply allowed the sabs to get on with their peaceful disruption. And arrests for 'aggravated trespass' have often led to acquittals or charges being dropped before they reach court.

Where saboteurs have been arrested - on occasion at the start of the day before they have even reached the hunt - and later acquitted or having had the charges dropped, they have been quick to sue the police for wrongful arrest. This has funded sab vans and on one occasion a holiday to Tunisia at the expense of police forces in particular the Thames Valley. The hunting solicitors are up in arms about this, with Knights of Tunbridge Wells, who have been known to take legal action against people who have merely written to the local press stating that hunting is cruel, demanding an end to legal aid for the sabs in such cases. It appears that wrongful arrest should not be applied to animal campaigners.

According to the Hunt Sabs' magazine 'Howl', police in Norfolk only turned up twice during the first twnety hits of the last season, and even then did nothing to hamper the sabotage of the hunt. But iIn some areas, of course, the police have taken the new laws as a green light to pursue age-old vendettas against the sabs. Hence some sabs are now, as they would have been in feudal times, banned from part of Lincolnshire; following refusal of legal aid, ten sabs from Grimsby fell foul of the Earl of Yarborough of the Brocklesby Foxhounds and signed a lifetime injunction. Others have had bail conditions imposed that they are not allowed in the vicinity of a foxhunt, irrespective of where they live, or their employment, or simply their democratic right to protest. So in addition to the often violent attacks sabs receive at the hands of hunt supporters, paid "stewards" and terriermen (those who follow the hunt to finish off the fox with spade and terrier), they do still come up against the full might of the law in some areas.

In other areas, the police are so impartial and independent that they even attend the hunt ball as guests of the hunt! The policewoman whose sole job is patrolling hunts in the New Forest has not been transferred to another post, despite such antisocial social activity. The efforts of the Forest Filth are not enough for Rabid Roderick, writing in a recent 'Horse & Hounds' magazine, who commented on a recent mass hit, that "During various incidents which took place, the large police presence simply observed as spectators...curiously the number of arrests remained in single fugures and all those arrested were released later without charge...Subject to a few notable exceptions, this inertia among police officers in the hunting field has now reached intolerable proportions." Roderick should raise the matter at the next lodge meeting!

In Essex, however, the situation is different. After nearly a year's delay, last October saw the trials of 31 sabs arrested the previous November during a mass hit on the Essex Foxhounds. The CPS secured just 10 convictions for 'aggravated trespass', with 3 acquittals, 8 charges thrown out of court half way through, and a further 8 not even getting that far. Two more serious charges against the other two were dropped. The trial took place in Chichester, West Sussex, as the prosecution was unable to find a closer bench of magistrates who did not either hunt or have hunting connections. The Essex police have stood out as the main force determined to enforce the CJA, no matter the cost to the public - £40,000 for one day's policing (helicopter included) in the case of the above incident. Appeals and civil actions for wrongful arrest are now in progress.

What has perhaps been surprising is the tenacity of so many hunt sabs in resisting the law (if a pick-axe handle in the face doesn't deter you, I suppose a few days in jail is unlikely to) and the fact that in many areas the police have simply been unable to enforce the law. Of course, some sabs - for many reasons - have dropped out of active sabbing as the law has been tightened. But this has not made them any less committed to campaigning to ban hunting. And, with the majority continuing, the hunting aristocracy who have payrolled the Tory Party for so long are now resenting the ineffectiveness of this particular piece of the Criminal Justice Act. Don't take my word for it - just read the letters pages of the hunting press every week.

Foxhunting may not be the most pressing issue for those of us fighting to change society. But it does represent one of the last feudal activities of an outdated, cruel society that would treat the working class the same way as animals if it could. As Auberon Waugh wrote in the Mail a few years ago, "we should gas the working class like badgers". So, if you want to get actively involved contact: Hunt Saboteurs Association, PO Box 1, Carlton, Nottingham, NG4 2JY or for more information against hunting: League Against Cruel Sports, 83-87 Union Street, London, SE1 1SG 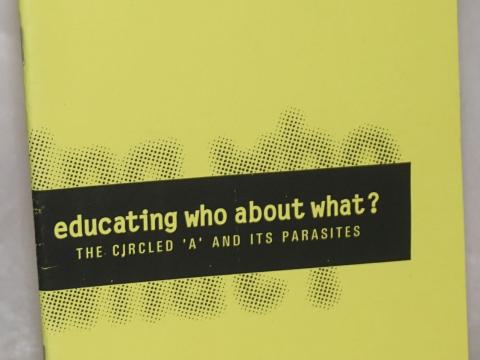