After the November Brixton Riot, the local Council and Police, together with the press, dragged up the old charge of incitement against the local anarchist group. The charge was ridiculous and totally groundless. It is also elitist (and in this particular case racist) as it implies that those who participated in the action were incapable of deciding things for themselves: they need others to encourage or 'lead' them. Given the racism (black separatism) of many of those who were in the riot, the charge is even more laughable.

Incitement, in one form or another, is still, however, a feature of many anarchist papers. Our responsibilities, where we make threats, should be to do so only with the conviction that such threats are neither empty nor made on the (presumed) behalf of others. To merely exhort others to action, no matter how eloquent and righteous the plea, is merely the ranting of the frustrated. 'Direct-Action no matter what' is to be distrusted and can lead to unnecessary arrests and mistakes being made. Anarchists and revolutionists have no monopoly on direct action.

[It] is also often used by fascists and neo-fascists as just another means of promoting populist-type insurrections, which they can exploit to their own ends. A fascist who bumps off a cop or a politician is still a fascist and their actions are undertaken for fascist reasons. Likewise an 'Anarchist' who 'inadvertently' harms innocent lives in the pursuit of their goal cannot be excused. It is who you are AND what you do that counts. Should we, for example, support the actions of right-wing 'terrorists' where these acts are directed against State Leaders, on the basis that they will eventually help to weaken the State? Some comrades have already committed themselves to answering this question with their blanket support of the National Liberation package.

Resistance: against what and to what ends? This is something we often forget to ask, especially in our enthusiasm for reporting news. To report on a superficial level, without first looking at the context is irresponsible. Our reporting then becomes dishonest - presenting an inaccurate and unrepresentative picture of what is really happening. We then delude ourselves, for example, that resistance may be greater than it really is. Again, frustration is the motive here. We clasp at straws and our 'actions' become more and more dependant on the printed word and less and less on the realities of everyday life. 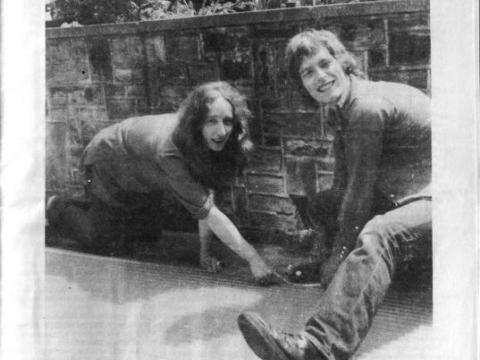