Over December 1996 and into January/February 1997 massive strikes covering nearly all sectors of the South Korean economy - from shipyards and auto-manufacture, through public services to banks and even the stock exchange - were organised by the Korean Confederation of Trade Unions (KCTU). Alongside the strikes there have been large demonstrations of both white collar and manual workers many involving violent clashes with the police.

The objective of the strikers was to overturn legislation rushed through by the ruling New Korea Party which makes sackings and employment of scabs easier and also expands the powers of the state's spy agency.

Enthusiasm for the strikes reflects the recognition by workers of the government's determination to weaken class resistance to attacks on wages and conditions, as this 'Asian Tiger' comes under pressure from newer 'Tiger Cubs' and even an old tiger like Britain where S.E. Asian capital has started to flow back to exploit labour knocked about by the recession here.

The action of workers has also drawn widespread support from other sectors of the population including students, the churches, university professors, journalists, human rights groups, 'citizens' groups and opposition parties.

Some of this support has been carefully and imaginatively encouraged by workers organising free health checks, car services and environmental clean-ups during the strikes. If it were simply a matter of tactical moves to neutralise potential establishment opposition amongst the general population then we needn't worry, but there is more to it than that.

Despite its calls for international solidarity the KCTU represents the struggle as one of national democratic renewal in which all "citizens" of the state have an equal interest rather than as it really is, a straightforward clash of class interests which is occurring world-wide irrespective of the political complexion of the national regime.

For instance much has been made by the KCTU of the undemocratic way in which legislation was brought forward (in the early hours of the morning with few opposition MPs present). The spectre of a return to South Korea's militaristic and dictatorial past has been raised. The KCTU has been concerned to push itself forward as the true defender of "trade union and labour rights" and to establish itself as the main vendor of labour power against its less representative and establishment oriented rival the FKTU. The KCTU has also made it clear that it is willing to enter into negotiations, alongside opposition parties for "genuine reform of the labour laws".

It is also ironic that the laws being 'defended' have been developed over a period including South Korea's 'undemocratic' past, whilst the present legislative onslaught is being carried out in the 'democratic' present. Indeed the changes are no greater than those long enforced by the 'democratic' west with the acquiescence of the west's free trade unions - the same unions who are now bleating about anti-democratic moves in South Korea!

The NKP has tried to split citizen support for the workers by raising the bogey of clandestine support for the North Korean dictatorship amongst strikers. Whilst this ploy has been rightly laughed off it is not entirely ridiculous in so far as some left wing support for the strikers is couched in terms of a movement for "democracy and reunification of the Korean Peninsula", positing (as the left always does) a diversionary national interest against class interests.

The government's response apart from this has so far been a mixture of repression (police violence and arrest of union organisers) and offers of negotiation which suggests a compromise against the interests of workers may be in the offing. Whatever happens more class confrontation is guaranteed in the near future.

The function of trade unions in the modern world as 'permanent' representatives of labour in the market place leads naturally to their support for legal recognition and a place in the 'democratic' structure of the state. From the workers' perspective the state, whether democratic or dictatorial is always our enemy. There are clear class interests at stake in the current situation in S. Korea but workers need to distinguish these from the democratic aspirations of the unions and political parties.

Footnote: Interestingly some of the 'Tiger Cubs' are having problems of their own. Workers at Sanyo Universal Electric in Bangkok, Thailand, recently set fire to one of the company's warehouses in a dispute over year end bonuses. There have also been militant protests by Bangkok bank workers and by garment workers in Phnom Penh, Cambodia amongst others.

Workers in South East Asia are beginning to take the Tiger by the tail and give it bloody good shake. More power to their elbow! 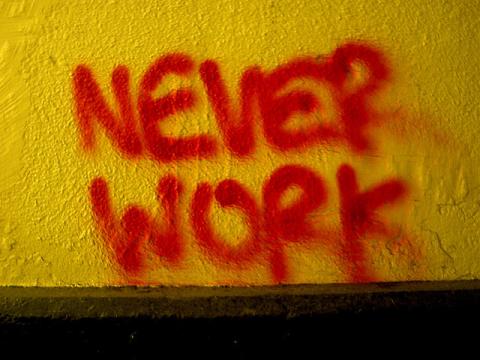 Spain 1936: the end of anarchism? Reader responses and Subversion reply

Letters from JC and NH (member of Anarchist Communist Federation) on an article in a previous issue of Subversion entitled "The end of anarchism". Plus Subversion reply.

Who Can Afford To Pay The Cost of a Communist Utopia?

Some comments on Subversion 21, especially 'Green Communism', the piece on Getting a Job and P's letter on the JSA. A letter to Subversion, with reponse from them.