The laughter of Inspector Rowley

IAN SAINSBURY is a 37-year-old Irishman living in Sheffield, whose article "How to sell your way to slavery" appeared in ANARCHY 26.

NO ONE WHO HAS BEEN IN THE HANDS OF THE POLICE after a CND or Committee of 100 demonstration, or when they have appeared in their role of The Landlord's Friend, or on any other occasion, will have been terribly surprised at the revelation that two members of Sheffield CID had beaten suspects in their custody. But there were more surprises in store.

On the night of March 14, 1963, two brothers named Hartley and a man called Bowman were arrested, taken to Sheffield CID headquarters, and beaten by two detectives, Streets and Millicheap, in the hope that they would confess to certain unsolved crimes. The accused men showed their scars and bruises to their solicitor, A. C. Hewitt, who caused them to be exhibited when they appeared in court the next day. The charges against them were dropped.

Charges were now brought against Streets and Millicheap, not by the police, but by Hewitt. They were found guilty of assault, fined. and subsequently dismissed the force. About this time, a Detective-Inspector Rowley offered his resignation. There was nothing very new in all this, except that the police were for once made subject to the law. But Streets and Millicheap appealed against their dismissal, and their appeal was heard by a Home Office tribunal, in public.

The tribunal confirmed their dismissal, but also found that Inspector Rowley had been present at, and sanctioned, the assaults, that other policemen had also been present, that an attempt had been made to hush the whole thing up, that when this was found to be impossible, Streets and Millicheap had been told that if they took the whole blame and didn't implicate their seniors they would be looked after; and that the Chief Constable more or less looked the other way while attempts were made to concoct a satisfactory explanation of the prisoners' injuries. (Perhaps the most ingenious of these, which never came to light until the tribunal's hearings, was that they were the result of a flagellation orgy.)

The Chief Constable has now been suspended by the Sheffield Watch Committee, and the head of the CID has handed in his retirement papers. (He was to have retired two years ago, but stayed on.) Streets and Millicheap have been dismissed, Inspector Rowley and a Detective-Constable Rowlands have resigned, and certain plain-clothes men have been sent back on the beat.

It is tempting for anyone who has suffered from perjury and brutality by the police, or even has a second-hand knowledge of them, to feel self-righteous about all this, even triumphant over the downfall of the policemen concerned. But while it is good that this extremely grubby linen has been publicly laundered, a closer look at the circumstances leading up to the assaults leaves one feeling considerably less elated, and with some sympathy for the detectives; even Rowley, who, according to the tribunal's report, "displayed callous amusement at the discomfiture of the prisoners."

This is what happened. The Chief Constable told Superintendent Carnill, the head of the CID, to form a crime squad. He formed it in a hurry, rather on the "three volunteers, you, you, and you" principle, because there had been a drop in the detection rate (though not, significantly, a rise in the crime rate). Inspector Rowley seems to have been chosen to lead it on the rather inadequate grounds that he was duty-inspector on the day it was formed. The tribunal found that he was "under pressure to obtain quick results," and, "in fear of the wrath of his superiors," who had assigned him a task "beyond his rather limited powers."

Streets and Millicheap were also in the crime squad. Streets had headed the CID overtime list in two successive years. (Rowley was second.) There were no days off in lieu of overtime and no overtime pay. On Thursday March 14, the squad was given a pep-talk about the necessity for long hours and quick results, which, a certain Chief Inspector Wells seems to have hinted, might be obtained by the use of force.

At eight o'clock that night, the squad, who had been on duty since eight o'clock in the morning "with little food and no success," arrested a number of men in a pub, on rather slender suspicion of breaking and entering. The men "had been drinking and were hostile, indignant and abusive." The detectives were tired, overworked, hungry, worried, and in a hurry to get results, They beat hell out of the men. They thought they had been given authority to beat hell out of them. The rest we know.

Muddle, bad temper, browbeating and buck-passing at the top; not enough leisure, hardly any peace of mind, long hours and small pay at the bottom — a detective's job, it seems, is not very different from anyone else's. The pattern that emerges is familiar to anyone who has ever worked in a large organisation.

The chairman puts the wind up the managing director, the managing director puts the wind up the sales-manager, the sales-manager sends a rocket to the branch managers, they threaten the salesmen with the sack if they don't get some orders — and they needn't be too fussy about how they get them. The salesman loses his temper with an awkward customer, who complains. There is a bollocking for the salesman, perhaps the sack. But, he says, you told me —. Oh no, we never meant like that.

The same sort of thing happens in families. King George VI was a mass of nerves; he could hardly bring himself to speak in public. His nervous condition began in childhood. One of the royal doctors suggested to George V that the Duke of York might make better progress if his father would be less unbending with him. The king said: "I was terrified of my father, and by God, my children are going to be terrified of me." How his father, Edward VII, was treated by Victoria is common knowledge.

We are all links in a chain of fear. No one knows where it starts.

Streets' and Millicheap's defence was that they had attacked the prisoners under orders from, or at least with the connivance of, their superiors. Who else put forward this defence, for crimes of unspeakably greater awfulness? Adolf Eichman.

Hannah Arendt's book, "Eichman in Jerusalem" is aptly subtitled "The Banality of Evil." Eichman does not seem to have been a sadistic psychopath, merely a diligent little functionary toiling away to get rid of his quota of human beings as the manager of a grocery-chain branch might toil to get his quota of creamed rice off the shelves each month. Someone told him to; that's all he wants to know.

Reviewing the book, A. Alvarez commented on the "deliberate mystification" practised by authority; "what is demanded today may be forbidden tomorrow." This fostering of moral confusion is a more insidious weapon than the cosh and the rhino-whip used in Sheffield. It is a recognised technique for wearing down suspects under interrogation — and, it would seem, junior police-officers as well. It helps to destroy the capacity for ethical decision. "O'Grady says kill." Bang. "Kill." Bang. "To the gallows. I didn't say 'O'Grady says' that time."

On March 14 this year, Sheffield CID seems to have reproduced in microcosm the conditions of life in the authoritarian state: its absurdity, its habit of getting someone else to pull its chestnuts out of the fire, its chain of fear. Streets and Millicheap didn't beat up their prisoners for fun; they were obeying orders, and they were punished for obeying orders.

Is the Kafka-esque muddle of life under authority a deliberate stratagem by authority, or is authority itself, as I think, a link in the chain of fear, not the beginning of it? Stupidity is more common than cruelty; evil is banal. The chain can only be broken by someone with the intelligence, and the strength, to disobey.

Inspector Rowley laughed when one of the prisoners begged for the blows to stop so that he could go to the lavatory. Did he laugh out of pleasure in another's pain, or from relief, because the man's collapse meant that he would be out from under the pressure? Either way, it was an ignoble emotion; as ignoble as the society that drove him to feel it. 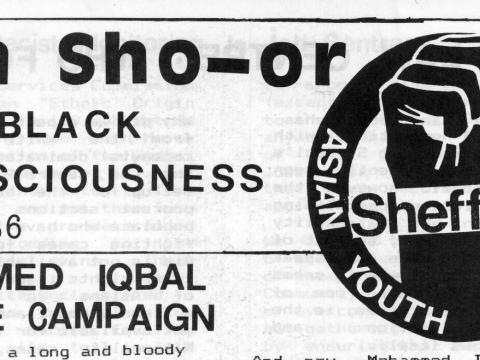 Newsletter of the Sheffield Asian Youth Movement, May 1986 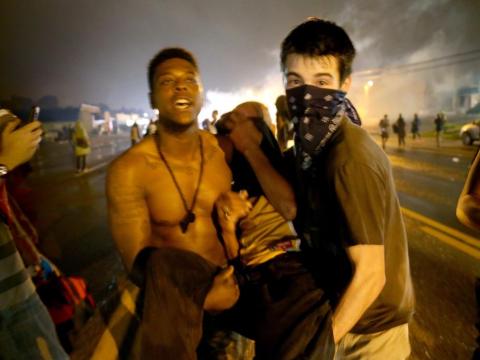 The making of "outside agitators"

A piece by Crimethinc refuting the "outside agitator" slur that has been deployed in Ferguson, Missouri, where protests and clashes with police… 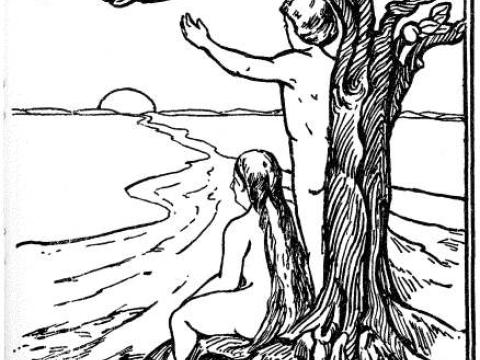 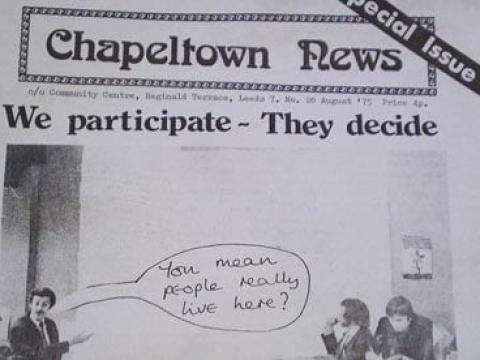 Rioting or Protesting? Losing It or Finding It?

Reflections on the 1975 Chapeltown riot by Max Farrar. The author was arrested for threatening behaviour, assaulting a policeman, incitement to…