GAINING AS MUCH AS POSSIBLE FROM ŠKODA´S PROFIT!

The economy is growing. Commentators say this situation is the most suitable one for deepening of reforms the aim of which is to further worsen conditions of the working class (employees of factories, offices, schools, the unemployed etc). Also the current “collective bargaining” in Škoda Mladá Boleslav which is primarily related to wages and wage structure is happening in a situation when growth in Škoda’s production is one of the highest in the Volkswagen group.

But this situation is not favourable only for capital. Workers have a really good chance to turn it to their advantage through their independent struggle, ie without unions and parties.

WHERE DOES THE POWER OF SKODA´S WORKERS REST?

Škoda management can’t threaten workers with the sack: the automotive sector (which also contains supply companies) is expanding and it already has a problem with a lack of workers. TPCA struggled to find the workers neccesary to run three shifts in Kolin.; Škoda experienced similar problem when it started the production of the Roomster in Kvasiny; Siemens can’t expand production of rail vehicles in Zličín in Prague just because of a lack of workers.

Workers can also use the organisation of work for their benefit: the production line (between shops and between -supply- factories) depends on just-in-time supplies and a stoppages at any point of it leads to a paralysis of production as a whole.

Examples show that these are weak points of capital. When there was a three hour strike in Škoda in April 2005 the employees known that they couldn’t be just sacked – and also bosses of other profitable companies (Bosch in Jihlava, TPCA in Kolín, VDO Siemens in Brandýs, Visteon in Nový Jičín and Continental in Otrokovice…) feared that workers could claim “a share in profit”. A vulnerability of the organisation of work is testified by the fact that a mere power cut in the paintshop in TPCA paralysed the whole factory for 30 hours. Workers in a factory in Melfi in Italy succeeded in paralysing the whole production of Fiat in the country which depended on supply of plates from Melfi, and they gained a improvement in working conditions.

HOW THIS POWER CAN BE USED?
Things around us can be changed – and especially by workers, whose work creates profits. But only in the case when they themselves decide about the aims/demands and lead struggles themselves. To trust unions and their “collective bargaining” is a lost game. After all, unions started bargaining by bargaining against workers. When union boss Povšík started meeting with shop organisations he stated in “Škodovácký odborář”1 : “Actually it will be the first level of collective bargaining – the team of negotiators versus the rank and file. We are going not to accept any unreal number proposed by the rank and file which would demolish other values.” Unions at work: Firstly it is necessary to pacify the rank and file, to accept a “realistic” number after (as the world goes) to reduce it during bargaining and end up with an even “more realistic” number acceptable to management. (Two years ago unions in Škoda demanded a 10 percent increase to obtain a 7 percent increase: What could workers have succeed in getting at that time if they had choosen demands and fought for them themselves?)

Who does decide what is a “realistic” number? Trade unions and the management? Firstly it is a fact that Škoda’s clear profit rose by 134 percent between 2004 and 2005; that an increase of wages by 8 percent for the next two years would just cover (estimated) inflation; that an acceptance of any change of the wage system which would bound wages to efficiency of workers/sales of Škoda cars would be a big victory for the bosses; that all warnings by management about “relocation of production” is just a propagandist lie – the building of TPCA or Hyundai factory which were used as arguments by Jahn, didn’t mean abolition of jobs in Korea/France/Japan and their transfer to Czech, it was just a enlargement of production.

Workers don’t negotiate behind closed doors in secret deal but they should convene their own assembly – without the tutorage of the unions. This assembly should include all workers, with contract/employed through human sources agencies, union members/non-union members, from ČR/Poland/Slovakia, from shop floors/offices, because the power rests in numbers and self-organisation when workers decide how to lead struggle not their union “representatives”.

Škoda is in a situation when workers can use the weak points of capital for direct coercion: and that´s the way it is – demands are not pushed through “collective bargaining” around the table but by collective struggle.

The employer can only understand the collective force of workers – who can stop production and the creation of profit. The objective situation plays into the workers´ hands. That is also a real fact. 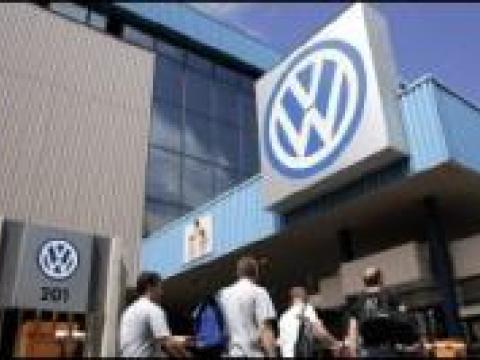