Editor's Note: In early years of the 1970s leading up to the completion of her book, PHILOSOPHY AND REVOLUTION: FROM HEGEL TO SARTRE AND FROM MARX TO MAO, Raya Dunayevskaya engaged young revolutionaries in the ideas presented in that work. An example is a Jan. 15, 1971 letter, excerpted here, to young members of News and Letters Committees. Her discussion of the connection between subjects of revolt and philosophy speaks to concerns presented in our "Draft for Marxist-Humanist Perspectives" (See pp. 1, 5-8). The original can be found in Supplement to THE RAYA DUNAYEVSKAYA COLLECTION, 14110-11. Footnotes are by the editors.

Perhaps part of the looseness of expression is due to my stressing how crucial theory is, that, as you put it, quoting me, "Philosophy is itself revolutionary." Yes, because the whole point of philosophy, of dialectics-both its point of departure and point of return-is Freedom. The trouble with philosophers, whether they were only thinking of Utopia, the Future, or of Thought as their special province, was that they limited the concept of freedom. That is why Marx says (It is the very first quotation one meets even before turning to a single page of text in MARXISM AND FREEDOM) that "Freedom is so much the essence of man that even its opponents realize it....No man fights freedom; he fights at most the freedom of others."

Marx "took advantage" of this nature of man, and therefore his thought, the striving for freedom, and said of Hegel's dialectics-THE greatest philosophy produced by bourgeois philosophy-that what we must do is "realize it" for by realizing this talk and thought of freedom we will HAVE it, be whole man. But under no circumstances does "philosophy is itself revolutionary" mean it will realize itself. Only living men and women can do that. In a word, it is no substitute for "Subject" any more than history is a substitute, for history, too, means MASSES making it.

Now then, for us...the great breakthrough came back in 1953 when we discovered in [Hegel's] Absolute Idea, a movement FROM PRACTICE not only to revolution, but to theory, to philosophy of liberation. I find that the Existentialists, on their part, and the Maoists, on theirs, never stop talking about being, existence, doing, practice-but the very last word they understand is Practice, for they are under the delusion that when they practice theory, that is practice, that is activity. That is, when they "bring" it to the masses, and all the masses have to do is be smart enough to see it and accept it, then all will be heaven on earth. What I've been saying, at least since 1953, is the exact opposite, that practice is masses practicing and their practice is not only the doing of deeds but the thinking of thoughts.

THEREFORE, the two kinds of subjectivity (the note on which I ended the second edition of Marxism and Freedom, hoping thereby to indicate what I mean to do in PHILOSOPHY AND REVOLUTION) (1) was NOT ONLY a stress on proletarian Subject vs. Maoist or petty-bourgeois subject BUT to show that in the proletarian Subject, in subjectivITY, we include man as thought as well as man as being, AND THOUGHT, PHILOSOPHY OF LIBERATION, THE ABSOLUTE IDEA [BROKEN DOWN] FOR OUR AGE IS ITSELF A FORCE FOR REVOLUTION.

It is a development. A very critical and high stage of development, but a development rather than break, as was the case in 1953 from Johnsonism (2) or state-capitalism(3) sans philosophy.

Of course, Marxist-Humanism is itself "subjectivity"; this is what we learned ever since the trips to Africa [in 1962] and to Japan [in 1965] showed that even revolutionaries closest to us, and even masses, great masses in revolt, will not take from our shoulders, our task, working out this dialectic of liberation, BOTH philosophically in the book [PHILOSOPHY AND REVOLUTION] AND practically in our everyday activities. (4)

Of course, it is a task of very great historic dimensions. But do you know anyone else engaged in it? Of course, it is hard labor and blows the mind, especially of the youth, who are first getting used to the idea that they are REVOLUTIONARIES, have broken with their past both as petty-bourgeois milieu and parents [and must now] begin measuring themselves against history's Gargantuan dimensions. I do not doubt, however, that we can become the catalyst for the revolutionaries who have had all the breaks from the past, but did not think that first then they must create new theoretical foundations as well instead of having found them ready-made, if not in the bite-size Maoist quotations, then at least as Marx did it. But he did it in 1843-1883, and we live in 1971, and while it remains our foundation, none can do for this age what only this age can do for itself....

Take Marx's period. Great as the First International was, it was "organized." Therefore for the NEW FORM OF WORKERS' RULE-which no genius, not even Marx, no human being, nor God for that matter, can see before it actually occurs-Marx had to keep plodding along, theoretically in CAPITAL, practically, in the First International, until the workers upsurged in the Paris Commune [in 1871]. Then he not only embraced it, as revolutionaries would, but made it the departure even of his theory. It clarified the "fetishism of commodities" not just in the manner in which he had already worked it out theoretically-capitalist exploitation of labor and its reification into a thing-but its opposite, the NEW FORM, the UNIVERSAL form of how the workers mean to rid themselves of the fetishism by [the] creation of the Paris Commune.

The same came to be with Lenin-the Soviets were the new form for his age. He was well prepared to see it and create the slogan "All Power to the Soviets" BECAUSE, theoretically, he had already worked out a new universal-"to a man." BUT IT WASN'T ONLY HIS UNDERSTANDING AND RETURN TO HEGEL THAT HELPED HIM: IT WAS THAT, TO BEGIN WITH, HE WAS ALWAYS A PRACTICING REVOLUTIONARY. So, insofar as the latter was concerned, were his Bolshevik colleagues. They all opposed the "April Thesis" and thought he had been too long an émigré to "understand Russian realities." BUT THE REVOLUTION SWEPT THEM ALONG. WHEN THE, REVOLUTION IS AT A HALT AND YOU HAVE S T A T E P O W E R, you (that is the Stalinists) follow a very different path. But it isn't only because they didn't "understand" Hegel; it is because of the OBJECTIVE compulsion from the existing state surrounded by world capitalism, etc.

Now then [for] us, the practice of dialectics, both in theory and in fact, is something that no other "party" ever called upon its members to do, and it is hard as hell. But the very fact that we demand unity of theory and practice compels the two levels, of which the concrete, the daily practice, is of the essence.

One final point both on "troubles" with Part III [of PHILOSOPHY AND REVOLUTION] (5) and OBJECTIVE transcendence. Transcendence has, in academia, both a theological and philosophic meaning far removed from practice. But transcendence as [an] HISTORIC category means people abolishing the old, creating the new; indeed it is the only real transcendence; all else is hogwash. Because this is so, I try to practice it even in theory, which is why there is so much return to Black/Red conferences, etc.(6)...I would like the [chapter on] the "new passions and new forces" [in PHILOSOPHY AND REVOLUTION] to be written by Blacks, by women, even as [the chapter on Marx's] New Humanism [in MARXISM AND FREEDOM] was written by workers battling Automation.

1. This is a reference to the section "In Place of a Conclusion: Two Kinds of Subjectivity," added to the 1964 edition of Dunayevskaya's MARXISM AND FREEDOM. There she wrote: "Two kinds of subjectivity characterize our age of state-capitalism and workers' revolts. One is the subjectivism that we have been considering-Mao's-which has no regard for objective conditions, beh aves as if state power is for herding 650 million human beings into so-called 'People's Communes,' as if a party of the elite that is armed can both harness the energies of men and 'remold' their minds....The second type of subjectivity, the one which rests on 'the transcendence of the opposition between the Notion and Reality,' is the subjectivity which has 'absorbed' objectivity, that is to say, through its struggle for freedom it gets to know and cope with the objectively real" (pp. 326-27).

4. For material on how Dunayevskaya's tour of West Africa in 1962 and Japan in 1965 impelled her to undertake the work which eventually led to Philosophy and Revolution, see THE RAYA DUNAYEVSKAYA COLLECTION, Vols. 5, 6, and 12.

5. Part III of PHILOSOPHY AND REVOLUTION, which concludes the book, is entitled "Economic Reality and the Dialectics of Liberation." It is the part which deals most extensively with the problems of the post-World War II world.

6. A reference to "The Black/Red Conference" of Jan. 12, 1969, a gathering of Black workers and intellectuals as well as white activists, where Dunayevskaya presented an overview of PHILOSOPHY AND REVOLUTION. She similarly presented overviews of the book at other conferences such at a Feb. 21, 1971 women's liberation conference. See THE RAYA DUNAYEVSKAYA COLLECTION, 4338-4364. 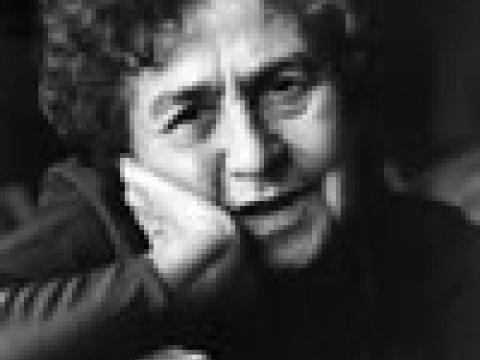 Marx's unchaining of the dialectic

Micropolitics and the Left

This article is an attempt to investigate certain problems of the left via the lens of micropolitics and macropolitics, terms first introduced by…