Root and Branch introduce the British libertarian socialist group Solidarity to their American readers, appending the group's statement of principles, As We See It, below.

Throughout the world, particularly in the advanced capitalist countries in Eastern and Western Europe and in the United States, militants in factories, offices, schools, and neighborhoods are beginning to articulate a common vision of socialism and revolutionary action. They envision a society where production and social life generally is controlled by those who do the work, not by those who exploit the labor of others. This conception of socialism is reemerging after nearly a century of struggle by working class and social movements against their domination by political elites which have reinterpreted socialism in the image of capitalist social relations. These socialists and communist parties have reproduced within themselves the bureaucratic and hierarchical structures of the social systems they purport to oppose.

Solidarity is a group of British Revolutionaries. It is one among many to have broken out of the reformist politics of the old left. It grew out of the disintegration of the Communist movement and the development of autonomous student and worker movements in western capitalist countries, culminating in the student-worker revolts in France and Italy in 1968-69. Root and Branch agrees substantially with the following statement, although it has no organizational relations with Solidarity.

Root and Branch hopes to further the conception that revolutionary movement is self-activity and self-organization of the workers. We are a part of their struggle, but aspire neither to lead nor to direct it. Nor is it our intention to found a new movement separate from the class. Movements do not spring from ideologies, but from the conditions of everyday life.

SOLIDARITY
1. Throughout the world, the vast majority of people have no control whatsoever over the decisions that most deeply and directly affect their lives. They sell their labour power while others who own or control the means of production accumulate wealth, make the laws and use the whole machinery of the State to perpetuate and reinforce their privileged positions.

2. During the past century the living standards of working people have improved. But neither these improved living standards, nor the nationalisation of the means of production, nor the coming to power of parties claiming to represent the working class have basically altered the status of the worker as worker. Nor have they given the bulk of mankind much freedom outside of production. East and West, capitalism remains an inhuman type of society where the vast majority are bossed at work, and manipulated in consumption and leisure. Propaganda and policemen, prisons and schools, traditional values and traditional morality all serve to reinforce the power of the few and to convince or coerce the many into acceptance of a brutal, degrading and irrational system. The "Communist" world is not communist and the "Free" world is not free

3. The trade unions and the traditional parties of the left started in business to change all this. But they have come to terms with the existing patterns of exploitation. In fact they are now essential if exploiting society is to continue working smoothly. The unions act as middlemen in the labour market. The political parties use the struggles and aspirations of the working class for their own ends. The degeneration of working class organisations, itself the result of the failure of the revolutionary movement, has been a major factor in creating working class apathy, which in turn has led to the further degeneration of both parties and unions

4. The trade unions and political parties cannot be reformed, "captured," or converted into instruments of working class emancipation. We don't call however for the proclamation of new unions, which in the conditions of today would suffer a similar fate to the old ones. Nor do we call for militants to tear up their union cards. Our aims are simply that the workers themselves should decide on the objectives of their struggles and that the control and organisation of these struggles should remain firmly in their own hands. The forms which this self-activity of the working class may take will vary considerably from country to country and from industry to industry. Its basic content will not

5. Socialism is not just the common ownership and control of the means of production and distribution. It means equality, real freedom, reciprocal recognition and a radical transformation in all human relations. It is "man's positive self-consciousness." It is man's understanding of his environment and of himself, his domination over his work and over such social institutions as he may need to create. These are not secondary aspects, which will automatically follow the expropriations of the old ruling class. On the contrary they are essential parts of the whole process of social transformation, for without them no genuine social transformation will have taken place

6. A socialist society can therefore only be built from below. Decisions concerning production and work will be taken by workers' councils composed of elected and revocable delegates. Decisions in other areas will be taken on the basis of the widest possible discussion and consultation among the people as a whole. This democratisation of society down to its very roots is what we mean by "workers' power"

7. Meaningful action, for revolutionaries, is whatever increases the confidence, the autonomy, the initiative, the participation, the solidarity, the equalitarian tendencies and the self-activity of the masses and whatever assists in their demystification. Sterile and harmful action is whatever reinforces the passivity of the masses, their apathy, their cynicism, their differentiation through hierarchy, their alienation, their reliance on others to do things for them and the degree to which they can therefore be manipulated by others -- even those allegedly acting on their behalf

8. No ruling class in history has ever relinquished its power without a struggle and our present rulers are unlikely to be an exception. Power will only be taken from them through the conscious, autonomous action of the vast majority of the people themselves. The building of socialism will require mass understanding and mass participation. By their rigid hierarchical structure, by their ideas and by their activities, both social-democratic and bolshevik types of organisations discourage this kind of understanding and prevent this kind of participation. The idea that socialism can somehow be achieved by an elite party (however "revolutionary") acting "on behalf of" the working class is both absurd and reactionary

9. We do not accept the view that by itself the working class can only achieve a trade union consciousness. On the contrary we believe that its conditions of life and its experiences in production constantly drive the working class to adopt priorities and values and to find methods of organisation which challenge the established social order and established pattern of thought. These responses are implicitly socialist. On the other hand, the working class is fragmented, dispossessed of the means of communication, and its various sections are at different levels of awareness and consciousness. The task of the revolutionary organisation is to help give proletarian consciousness an explicitly socialist content, to give practical assistance to workers in struggle and to help those in different areas to exchange experiences and link up with one another

10. We do not see ourselves as yet another leadership, but merely as an instrument of working class action. The function of Solidarity is to help all those who are in conflict with the present authoritarian social structure, both in industry and in society at large, to generalise their experience, to make a total critique of their condition and of its causes, and to develop the mass revolutionary consciousness necessary if society is to be totally transformed 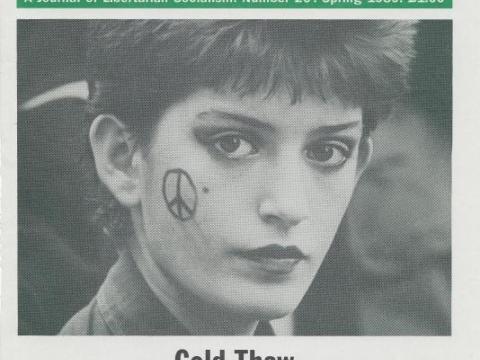 Solidarity: a journal of libertarian socialism

Complete online archive of the Solidarity journal published by the London group of libertarian socialist organisation, Solidarity. The final… 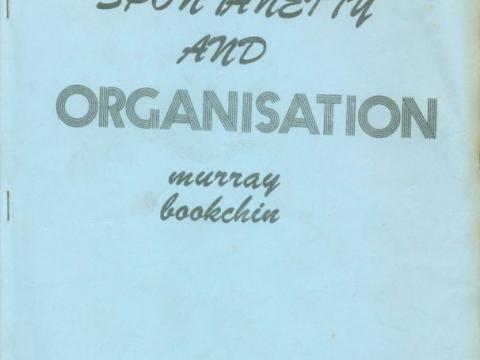 On spontaneity and organisation - Murray Bookchin

A lecture given by Bookchin at a conference in November 1971.

Issue of Solidarity with articles about the role of wife and mother, and disputes at Halewood, a struggle against pollution in Swansea, the Post Office and more.