A radical newspaper succeeds to the extent that it engages in dialogue with its readers and community, rather than in preaching.

4. To begin with the word: newspaper. A newspaper supposedly relates “news”; events which have newly happened. But which of the countless events happening are news, which aren’t? “Event” is itself a concept that is tied to one world-view: for some, for example, the rise of the capitalism is one of the major events of world history, for others, there was no such event. Many newspapers restrict themselves to isolated, sensational events and thereby ignore most of the really important events, which are not daily “hard-news” occurrences. What is selected, what is passed over? Why? Who decides?

5. Selection implicitly involves interpretation of what is important and why, and therefore fractures the myth of objectivity, since events are not “objectively” important. (How could they be, on a planet which is itself unimportant?) One cannot say an event is important without saying to whom it is so, and why.

6. Interpretation goes beyond selection. It involves the presentation and interpretation of selected events in some kind of a structure of meaning. Different world-views will see the same events in very different ways.

7. We are generally aware of how capitalist newspapers approach “news”, and what interests are served by their selection and analysis of it. The common mistake on the left is to assume that it is necessary only to reverse the bias, to select and interpret from a socialist viewpoint rather than a capitalist one.

8. The result is a left press that is a little more than a mirror image of the capitalist press. Readers are lectured and harangued; “lessons” are pointed out in the best manner of authoritarian pedagogy; and fantastic tasks are barked out as orders: “Bring INCO to it knees!” “Oust the generals – Workers to power!”, “Stop the Oil grab!”, etc.

10. Capitalist communication naturally is not intended to be of this kind. The fundamental content of capitalism, and thus the basic message of the capitalist media, is the apparently inevitable alienation of social life. We are and can be nothing but passive spectators as forces and events beyond our control unfold. The media may tell us that events are unfolding as they should, or they may be critical in matters of detail, but in no case do they allow us to view ourselves as subjects rather than objects. Their own structure as well as their content is part of the same message of passive acceptance in which freedom evaporates because the existing world is the only possible one. We can relate to newspapers only as consumers because (so we are told) that is the inevitable, technologically given nature of modern mass media. The actual content it reports, whether it be truth or lies, is thus in a very real sense secondary: “Within a world really on its head, the true is a moment of the false.”

11. “Left” papers that approach communication in the same way largely negate their content through their form. The readers do not participate in the communication. The message of powerlessness is ironically also conveyed: the setting of impossible tasks is not very different from saying that change is impossible.

14. This is not to say that it cannot be ahead of much of the community, but it is to say that one is not leading if no one is following.

17. A radical newspaper therefore has two primary tasks: to encourage critical thinking, and to encourage self-activity.

19. Critical thought and self-activity cannot be encouraged by telling people what to think or what to do. It occurs only when people think for themselves and decide on their action themselves. If a newspaper is to have a role, it must therefore be a means of communication, organizing, and action for people, not the vehicle through which ‘radicals’communicate their message to the people.

20. A radical newspaper must seek to involve people in the newspaper itself, not necessarily as ‘journalists’ but in selecting and creating the content. Only in this can it respond to the needs of the people.

21. A radical newspaper must become part of the more general self-activity of the people. The people must see it as their own paper, and must consider it as one of the weapons they use in their own struggles. Whether this happens is not primarily a matter of how radical the paper is (i.e. whether it is ‘too far left’) but of the quality of its radicalism (i.e. whether it succeeds in involving the community in itself, and itself in the community.)

1. Well designed, well-written, interesting. Important not only to make the paper appealing in itself, but indicative of its politics. If a message can‘t be interesting or well-written, there is something wrong with the message or the person giving it.

2. Honest. We have to tell the truth, even when it hurts. This means not only that we don’t lie, but also that we don’t delude ourselves.

3. Critical. We don’t just repeat the old dogmas, we think and write critically

4. Specific. We cannot deal in abstract theoretical fulminations. Certainly we will analyze and theorize, but the basis of the paper, and our analysis, must be specific events.

5. Concerned with daily life, not just with ‘political’ issues.

6. Balanced in content, catering to the whole person and a whole range of interests. 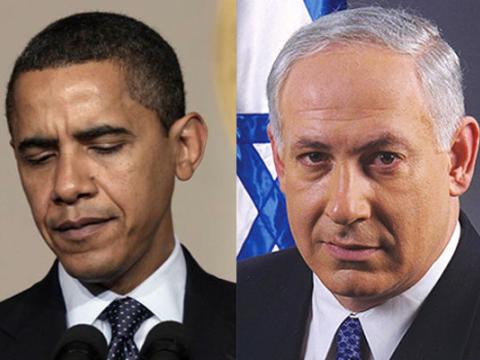 The stories of the US and Israel's feud bares more resemblance to gossip mag hysteria than news, and… 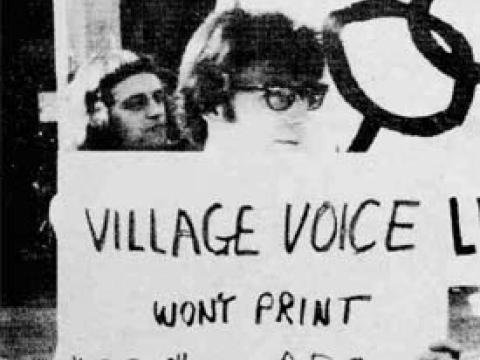 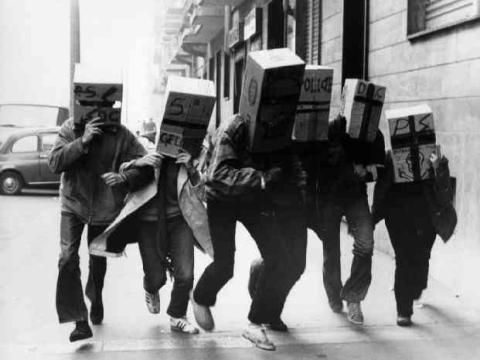 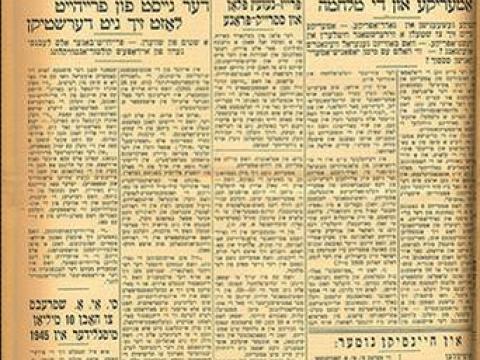