Brief reviews by Steve Thornton of books and movies about revolutionary women.

The granddaughter of one of the IWW’s most gifted organizers is using art to educate a new generation about Matilda Rabinowitz. Robbin Légère Henderson of Berkeley, Calif., is an artist who has combined her personal recollections of her grandmother, Rabinowitz (who was later known as Matilda Robbins), with the Wobbly’s archived documents in the Walter P. Reuther Library at the Wayne State University in Detroit. Beginning in 1912, Rabinowitz led textile strikes in Connecticut and Little Falls, N.Y. She then helped organize the earliest auto workers strike at the Studebaker Company in Detroit. In 1919 Rabinowitz had a child, Vita, whose daughter, Robbin, is now preparing a graphic novel memoir. Her striking illustrations, a total of 70 prints, are accompanied by a text that begins with Rabinowitz’s immigration from the Ukraine through her extraordinary organizing life. Robbin Henderson is currently looking for a publisher. If you would like information on how to contact her, visit her website: http://www.robbinhenderson.com

Nothing can replace the power of music to raise the fighting spirit of the oppressed. “Songs of Freedom” is a new CD and book celebrating James Connolly, the Irish revolutionary and IWW organizer who was also a prolific songwriter. Many of Connolly’s lyrics were not set to music (or the tunes have been lost), so performer Mat Callahan provides us with contemporary tunes that inspire and rock. His live performances with Yvonne Moore should not be missed. They are touring both coasts of the United States and Europe in 2014. The book and the CD are both available from PM Press, or you can visit http://www. matcallahan.com.

Birth control pioneer or racist eugenicist? Margaret Sanger is celebrated as the former and slammed as the latter. The graphic novel “Woman Rebel: The Margaret Sanger Story” by Peter Bagge tries to set the record straight. This is an enjoyable illustrated biography of the activist who began her career as a rebel by working with the children of the Lawrence, Mass., textile workers during the 1912 “Bread and Roses” strike (the book gives us two pages on Sanger’s involvement). Bagge takes on the controversy about Sanger’s speeches and policies that some, like former presidential candidate Herman Cain, have used to smear her and Planned Parenthood. Doubters can factcheck that W.E.B. Dubois was one of her many supporters, and that Martin Luther King, Jr. was given the “Margaret Sanger” award in 1966. Pick up “Woman Rebel” and decide for yourself. It’s published by Drawn and Quarterly.

“No Gods, No Masters” has been shouted out and painted on many a banner, even before it appeared at early Wobbly demonstrations. Now a new film, “No God, No Master” (2012) explores 1919, the incendiary year in which the U.S. government brought all its power to bear against the Wobblies and those who opposed capital. Forget the bad Internet Movie Database synopsis; this 2012 film directed by Terry Green is a political thriller where the main character’s “journey into the world of homegrown terrorism proves to be a test of both his courage and his faith in the government he had dedicated his life to preserving.” It stars David Straithairn (known for his role in “Matewan”) and features characterizations of Emma Goldman, Carlo Tresca and Luigi Galleani. The film will start its limited theatrical release in March 2014. 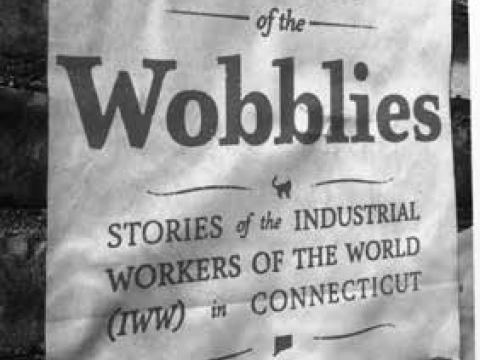 A short review of A Shoeleather History of the Wobblies: Stories of the Industrial Workers of the…

A Review of Kropotkin's "The Conquest of Bread"