A tale of toil from a weary legislator's letter writer, by Mark Henkes.

Pigs grunt when they get excited, plunge their curious snouts into mounds of muddy slop, and run with the grace of an obese ex-athlete. I am not a pig. I wish I had the power to appear before a nationwide television audience and tell the nation, the world: I am not a pig. It is true that some of my co-workers whisper that I am a pig, yet I do not grunt. It is also true that I thrust my snout into mounds of slop, but it is never muddy slop. I work for the “people,” and, in a sense, the people work for me. I make $60,000 a year, and the people pay every dollar, dime and nickel of it. Note that I said I make $60,000 a year; I did not say I earn that much.

The taxpayers who give me a paycheck think politicians write their own letters. They think the legislators they elect actually have the ability to use sesquipedalian words, conduct their own research, investigate a problem. Legislators are incapable of all of these things. I am the letter writer.

I obtain the information. I make the phone calls. I am the mask legislators wear so they can get re-elected. It is my task to retain the almighty incumbents, so I must make them appear personable but at the same time unreachable. If a constituent wants an answer to a question and the answer to that question is simply “no,” I could easily write them a clearly-stated three-sentence response and give them an honest answer. But this is not the essence of politics.

The politician must not only appear informed and at least somewhat educated, but also possibly omniscient, even omnipotent, so I compose two full pages of meaningless history, phrases of sympathy or empathy, hope-filled scenarios and godly ideals employing occasional adjectives, powerful verbs, and a variegated array of other writing tricks until finally—finally—I gently inform them that the answer to their question is “no.” If the answer to their inquiry is “yes,” only one full page of the prescribed fluff is required. Many times I wonder if politicians read my letters before they sign them.

If a woman who failed her LVN exam complains to us that she was fired from her nursing position because she failed the test, I write to her that I feel the pain she feels, I understand her anguish and her frustration and even a little anger, and I wish she could continue her nursing career. In reality, she will have to re-take the exam when it is offered six months from now. In the meantime, she is unemployed.

Of course, the legislator who signs this letter is officially the one who feels the pain, who knows the anguish and even a little anger so that this sorry woman might be soothed enough to vote for him in November. Personally, I don't give a damn about her pain.

One day I received a well-written letter from a prisoner who was an unfortunate bystander during a prison riot and suffered a fractured vertebra, a fractured nose and a concussion. I endured a fractured vertebra when I was young and it annoyed me when I felt his pain. I thought I had grown immune to the pain. I cannot comprehend how this prisoner had the strength to stand upright in a food line with these injuries, waiting minute after minute for his meal, while others jostled him from side to side. There was nothing I could do for the guy except urge him to visit the prison doctor. Pitiful aching bonepile.

I place on our legislators the most erudite mask our office can offer. I don't need the skills of Locke, Rousseau, Aristotle, Plato or Montesquieu except when I quote them in one of my letters. All I need to support some patriotic political premise is a poignant quotation from Patton, Kennedy, Eisenhower, Churchill or one of the Roosevelts. People respect words they don't quite understand and quotations from famous individuals whose faces appear in their minds when they read the words.

“You calm people down, make them feel certain you will be able to help them,” a young employee said to me. “I wish I could write like that.”

"You will learn,” I replied. “As the years go by you will learn that in almost all cases the best thing to say in your letter is absolutely nothing. You can hint that anything is possible; you can tell them that the most respected constituents are those who are mature enough to be patient; you can assure them that their opinions will be taken into account when committee meetings begin; you can graciously thank them for offering their opinion, because without it proper representation would not be possible and democracy would not flourish; you can assert that their views are quite interesting, and such an intriguing, fresh approach that they may be related to the chairman of a certain committee who may even discuss the matter with the Majority Leader, the Speaker of the House or the President of the Senate. You can say all of these things, but you must say nothing."

What this new employee doesn't know is that I don't actually write letters anymore. Today I merely re-use the letters I wrote 10 to 20 years ago. I can write to constituents that their ideas are unique and fresh, but the truth is that their opinions are old and tedious. So I keep in my files thousands of letters I have written and merely place the appropriate floppy disc in my personal computer and produce a letter on my laser printer.

I have two major files, one for those who call themselves right-to-lifers and another for those who call themselves freedom-of-choicers. I consider all of these activists fabulously boring. They seem to thrive on tedium, so within each of these files I have developed subfiles. If a freedom-of-hoicer wants to discuss the importance of certain court decisions and each of the trimesters, I pull out an appropriate trimester letter and print it in an instant. If I am bothered by a choicer who wants to dionysiacally discuss the humiliating methods men have used to manipulate women from the time of Cicero to Ivanhoe and Ludwig van to Peter Pan, I retrieve the appropriate women-who-have-been-ruled-by-men screed. If a woman wants to discuss her personal life with me and generally feels sorry for herself, I pull from my file the suitable feeling-sorry-for-herself response.

I wrote one letter which I send to energize outraged right-to-lifers—I describe the crushed baby skulls of mainland China. If one of these easily-excited lifers wants to discuss Biblical passages, I retain various missives which quote this entertaining book—Old or New Testament—you want it, you got it. I have letters already prepared for socialists, gays, members of the KKK, members of gun clubs, neo-Nazis, constituents who suffer from triskaidekaphobia, any flotsam that wants to jaundice itself with some over-discussed topic.

“I don't think you give yourself enough credit,” this new employee said to me. “Those letters you showed me on the abortion issue, how can you tell me you said nothing?”

“I said absolutely nothing.”

“But you described the history of the problem in great detail."

“And you sympathized with them, gave them all kinds of examples.”

“And you informed them how the legislature is involved in this issue.”

“But I said nothing because I committed myself to nothing. I remained mute. My neutrality did not waver. I never attempt to guess how the legislature or even one legislator will treat an issue; I only tell them how the legislator COULD or MIGHT treat an issue because nobody can predict how the legislature will vote. In this way I cannot be accused of lying to or misleading a constituent. A legislator can be convinced he will vote against legislation on one day, but that vote can be changed with a hastily scribbled memo from the Governor, a phone call from the Speaker of the House, a snap of the finger of the Majority Leader, a look of disgust on the face of a committee chairman who needs one more vote in his favor. I am not in a position to explain the complexities of the legislative process to constituents because they would not understand, they would lose their enthusiasm, and they could possibly lose their respect for all of us. Consequently, I describe the situation in the simplest terms so that there remains a vibrant connection between my explanation and their needs. If there has been legislation introduced that would address their complaint, I imply that by the stroke of someone's magic signature their problem could be solved in a very, very short time—even by the following day—if I am clever enough to sufficiently excite them. I exclude the possibility of their problem never being solved; to achieve this, I do not mention this particular possibility.”

“And this is why you are the best letter writer in our office. You understand how the legislature works and you know how to convey this in simple terms for constituents.”

Because I live only two blocks from the Capitol Building, I occasionally go home for lunch and sleep for two hours. Most of the other writers in my office cannot afford the leisure of a two-hour lunch, but the fault is their own. They spend too much time with each assignment. They waste their time trying to find specific answers to some ridiculous questions asked by constituents who have nothing better to do than bother their legislator. These writers are still foolish and idealistic like I once was. They still feel the pain of the persons they attempt to soothe. When they learn the reality of politics, they will realize we do not write letters to help anyone; we write letters to keep constituents at least a snout's length away from the legislator. We comfort nosy taxpayers so they never again threaten the sanctity of the incumbent. We offer hopeless persons hope so they never again write a letter to the politician we are trying to re-elect. Of course, the hope we offer is mostly false hope. Very often there is little hope at all, but where there is little hope I magnify that hope until it is only hope the constituent experiences. I inflict incremental braindeath on the constituent.

I consider myself a swineherd and the public my swine. I call them my public piglets; my cute, roundbellied, enthusiastically grunting piglets. I inflict a Nembutal haze on them and they give me a paycheck. I soothe them so their lives are less painful. Sometimes I wish there existed one constituent who would not give up, someone who would write one letter and then augment that with another and then another and another, refusing my injection of braindeath, refusing to be pacified, then become so outraged they would march to the Capitol and find my obscure office and follow the labyrinthine path to my obscure cubicle and take me by the hair of my head and shake me until I publicly promised to sit at my desk and write them a personal response to their questions.

Sometimes I watch the door of my office and wait for this person to burst in. Then I laugh. It could never, ever happen. 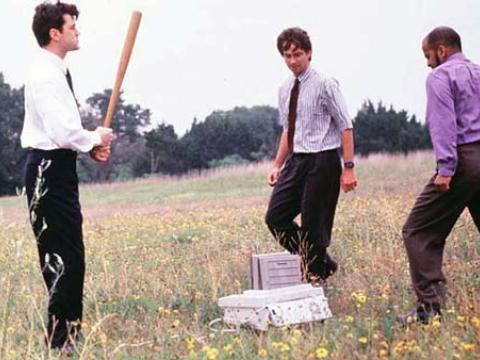 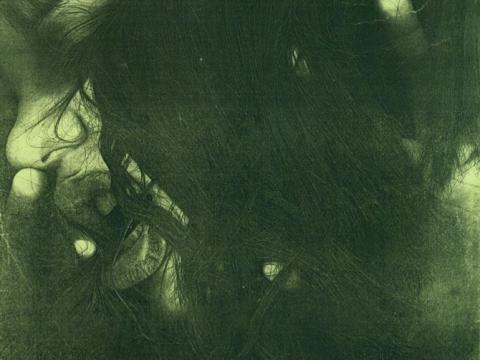