Prior to the First World War French trade unions were so far ahead of socialist trade unionism that the French word 'syndicalism' became synonymous with what in France and Italy is now called revolutionary syndicalism (of which anarcho-syndicalism is a variation). The French syndicalists not only carried out industrial action, but used physical action against the State and taught members self-management. They favoured direct action and rejected parliamentarism. The war distracted most workers by patriotic revival, and during conscription the politicians seized the organisation. After the War the Communist Party captured the CGT (trade union confederation) from the reformists. Was anarchism in the dustbin of history? As on many occasions since, it proved to be merely in the filing cabinet.

In the thirties came the Depression, tied up in France with the nationalist feeling that France had been betrayed by her Allies and left to shoulder war debts after being the main slaughterground. This went with governmental involvement in financial speculation and obstinacy in maintaining the gold standard. Successive administrations (the same faces juggled round) were riddled with corruption and failed to deal with the economic situation. Not only were the workers left at the bottom of the heap but smaller investors (who made up the bulk of Radical Party voters) were ruined.

In the Stavisky affair, causing successive governments to fall amid financial scandal, the anti-semitic Rightist parties were able to flourish (the financier Stavisky was Jewish). Fascist-led riots on the streets brought out the fury of workers, then under no nationalist illusions. There was still respect for anarchist action but it was in the 'filing cabinet'. Anarchists were foremost in fighting the Royalist, Action Francaise and Fascist parties. On several occasions juries would not convict anarchists (even on murder charges) against fash.

The fight against fascism

Provoked by the drastic cuts, seeing the bourgeoisie imagine they were the only ones who suffered, and against both war and fascism, the workers exploded. In 1934 the idea of a social general stay-in strike, so long advocated by the old CGT came into reality. The strikes came about spontaneously, beginning in Paris. The new CGT had to rush to keep up or renounce 'leadership'. The Communist Party which dominated it was still in its red era and used the strikes to whip up enthusiasm for its electoral success.

The strikers were demanding not just increases in pay and social benefits but an end to unemployment, and implementation of a 40 hour week. The use by employers of fascist thuggery provoked the clashes that were a feature of 1934. Many became convinced the strike successes could be solidified by political action. The CP incorporated these aims into its programme and formed a United Front with socialists (excluding both anarchists and anyone too far to the extreme left). It purported to unite those opposed to capitalism, imperialism and fascism. But not so much that they would also include those opposed to parliamentarism.

By 1935 the Communist Parties had decided on a policy of toning down social revolution in favour of unity against Nazi Germany. Stalin felt he could get the support of Britain, France and America. The Communists formed the Front Populaire - 'People's Front' (usually mistranslated Popular Front). It aimed to embrace a wider field including right wingers opposed to German aggression (not necessarily to fascism as such). The Front Populaire swept into power under Socialist Leon Blum in 1936. The Communists entered the Government. In the euphoria that resulted the workers thought they had obtained victory. They began to occupy the factories, presenting increased demands for implementation of the reforms that had been demanded, plus the expectation of the CGT pressing for workers control of key industries.

The Nature of the Strikes

It had long been a syndicalist proposition that it was ineffectve to stay out of work and allow the employer to starve his workers back and recruit scabs to do their work. Staying in presented a revolutionary challenge to the employers, locked out of their own premises. The tactic spread to America and was used again in the sixties. The workers, not isolated in their own homes, felt more confident in the outcome. Solidarity was strengthened. Those who wanted to cave in simply had to walk out. In some of the Paris factories there was a carnival atmosphere, a feeling that they were one step away from revolution.

This was not at all what the Front Populaire intended to happen. Leon Blum is often depicted as indecisive because of his hesitation to be seen aiding Spain. But he was decisive enough in calling out the troops to crush the workers who had always defended him personally. When attacked walking alone in a seemingly empty street by Fascist thugs, the Prime Minister had been defended by workmen who clambered down from scaffolding and up from excavations in the road, wielding bricks and picks. Now the same gentleman turned up in the industrial suburb of Clichy, in evening dress fresh from the Opera. to witness the conscripts invading the factories and shooting down the workers on orders of his Government. ("Why are they doing this to me?" he exclaimed).

The wave of strike actions continued through the government of the Front Populaire. The Communist Party played both sides of the game, on the one hand claiming to be leading the workers through the CGT, on the other hand suppressing the strikes through their participation in the Government. As Blum was concerned with rearmament, and the CP could not be sure whether rearmament was to be used for or against the Soviet Union, their stay in the Government was short-lived; but after the Socialists got them excluded, in deference to the Radicals, the government fell. Daladier took over as Prime Minister, determined to get the strikers back to work and proceed on the basis of strong national defence, which in the end proved totally useless. Daladier led the French into the Second World War, having defeated the workers at home, but with no enthusiasm or anyone trusting the national leadership to do anything but double-cross.

When the Nazis occupied France, the dossiers prepared on the 'trouble-makers' who had fomented strikes were handed over by police chief Chiappe lock, stock and barrel. The bourgeoisie were delighted to see the Germans take the odium of settling their debts. During the German Occupation, when the middle class as a whole (other than those who fled abroad), spearheaded by the super-patriotic Right Wing, collaborated with the Nazis, the working class reverted to the tactics of the Anarchists of the 'nineties though Nazi propaganda depicted the Communist Party as their main opponent. 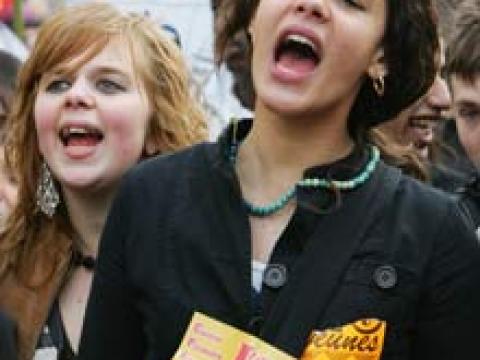 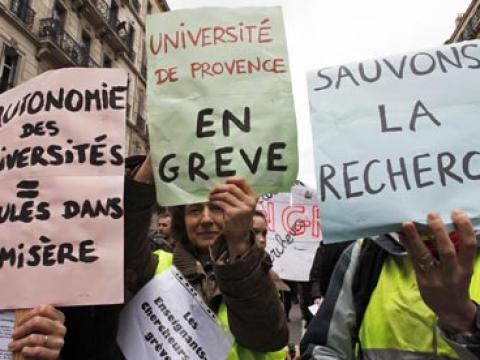 For more than 10 weeks now, French universities have been disrupted by strikes, mass meetings, demonstrations and occupations as a daily… 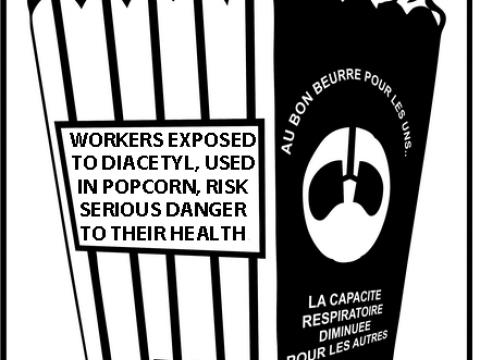 Fired workers taken to court for blogging about work conditions

Solidarity with the Workers of Natais popcorn factory in France! Exposed to hazardous substances,…