Why the Leninists will lose

A reply to "Why the Leninists Will Win".

It is useless to use the threat of a victorious American Leninism as a goad to our greater activity. Leninism, in all its present variants is incapable of definitive victories in advanced capitalist society. Its practice has historically been that of militant reformists or inititators of primitive capitalist accumulation. It has been the absence of a capitalist class capable of organizing society that has allowed for its occasional successes. In this country and elsewhere their myths, the International Communist Movement, Maoism, etc., are already in advanced states of decay. Ten years of the "left" in this country have shown that there is nothing in the repertoire of the "vanguard parties" that the dominant society in one way or, another does not already possess. Leninism has no critique and nothing to offer that would deny bourgeois legitimacy.

Not since the Russian Revolution has a Social-Democratic party been brave enough to use the slogan "All power to the Soviets". Contemporary Leninism is unable to do it in this country because: a) most of them still live in the Fantasyland of "national liberation struggles" and "socialist states" whose social practice has nothing to do with the overthrow of capitalism, b) conflict with anti-authoritarian socialists leads them to emphasize their Party form as the principle positive element (!!) separating their "revolutionary" political reformism and trade-unionism froin that of conventional bourgeois groupings, c) the essentially manipulative outlook of the vanguard parties causes them to regard the councils as only another means to its organizational ends and so far, to overlook their significance. None of these conditions, however, can be considered permanent. The Leninists, while more encumbered by their ideological baggage than the "libertarian" socialists, are showing signs in Europe at least of shedding some of it.

Today's Leninists are capable, however, of sabotaging genuinely revolutionary social movements in advanced capitalist countries: a case in point being the activities of the PCF in France during 1968. The Leninists are able to beat heads and confuse people with their "transitional demands", "united fronts" and other vacuities drawn from their inexhaustible larders of catchphrases - but the Leninist parties and splinters are hardly the major problem the revolutionist movement has to face. The greatest difficulties are in the areas of empirical analysis, in the organization of theory and in the theory of organization.

Only a social movement can bring about the transformation of society along anti-authoritarian anticapitalist lines. Such a movement must be brought to constitute itself out of the present conditions by the demonstrable truth of our analyses and by the applicability of our ideas if by anything we do. We can build and coordinate our organizations, but we cannot "build" a social movement (these thoughts are analogous to those expressed by P. Mattick Jr. in Synthesis 3).

The movement must have its theory, and while it is unlikely and even undesirable that we (who?) be its only formulators, this is no reason for the laissez-faire eclecticism which presently characterizes so much of the "libertarian left". Organizations must be created on a far larger scale than presently, but upon what basis?

A simple consideration of one or more of the present libertarian ideologies as adequate (or the truce born of the failure to agree on an ideology) is an invitation to disaster. Like the rest of the so-called radical left the anti-authoritarians are captives of traditions whose days are long passed. Anarchism, Syndicalism, Council Communism, these are dead ideologies because that is the only kind of ideology there is. The theory which does not continually reassess itself, the body of thought which considers itself completed, has already consigned itself to the graveyard of ideas. How quickly this comes to pass can be discerned by the speed with which the Situationist ideology has become moribund, attended to only by atavistic sects. This is not to say that these schools of thought have nothing to offer or that there are not currents within them giving the promise of something new and better. But, until people are willing to admit that all the present formulations are inadequate, that the project of human emancipation must be rediscovered in the present against the backdrop of the defeat of anarchism, council communism and situationism, they will go nowhere.

Theory does indeed derive from practice but one needn't be so parochial as to think that one can only theorize about things he has personally committed to action. In addition to the task of developing a critique of the movements of the previous epoch, there is a wealth of experience generated by the last ten years of struggle that remains largely unknown, unanlayzed and unincorporated into the thought of the anti-authoritarian socialist movement as a whole, much less into the consciousness of the public at large. There has also been considerable development on the theoretical plane which should be assessed by the movement generally. Even the capacity of the anti-authoritarian socialists for empirical research is grossly underdeveloped when compared to that of the conventional left: our intelligence gathering function is at present inadequate.

The creation of a large organizational framework is a necessary concommitant to a social movement if the latter is to succeed. It must, however, be of such a quality that the movement is able to regard it as its own, to retake and transform them, as it comes into its own. Otherwise it must try to reconcile itself with the movement OUTSIDE and risk being a de facto party.

The need for a large organization notwithstanding, the question of organization is not one that can be answered quantitatively. Size is not the only criterion for effectiveness. The failure of the largest libertarian organization in history, that of the CNT-FAI was due neither to its insufficient size nor to its insufficiently "libertarian" outlook, as if libertarianism can be conceived on some absolute scale. It was rather the failure to trasform its praxis and its incapacity to analyze the situation in which it found itself. I submit that the problem of the absolute sovereignty of the base (its insurgence) and of developing a thouroughgoing and flexible analytical capacity are still at the core of our difficulties. Any viable revolutionary organization is going to have to be capable of handling complex debate and continuous mutability.

It is of course evident that we do not have as yet a large organizational framework. It is the unfortunate product of the era of small groups (or the era of large-organizational incapacity, whichever view one wishes to take) that the role of small groups in the revolutionary process has tended to be realized out of proportion to their real achievements. The Petofi Circle and the Situationist International were able to spark revolts, but neither was able to prepare the ground for a protracted social insurgency of sufficient quality to readily change its tactics and reassess its theoretico-practice characteristics that are prerequisites to success. Such groups will always lack staying power, whatever their initial usefulness. The heroic days of the Promethean groupuscules are at an end.

In the way that such a metaorganization might come about, I feel that a functional or organic development is the most well-reasoned. Rather than postulate "an organization" and then squeeze the parts to fit, it would seem meet to have the functions (information gathering, theoretical-informational, journalistic, gatherings for discussions and activity, etc.) come together and establish the most reasonable framework in order to coordinate their activities. In this way the organization would be constituted on an already practical and collective footing. Thus, it would not be the traditional "loose alliance", nor would it be a gathering under the hegemony of the initiatory group. The metaorganization can only be of a real value, of something that small groups recognize that they cannot do for themselves, for it to provide a sound basis for a viable large organization. 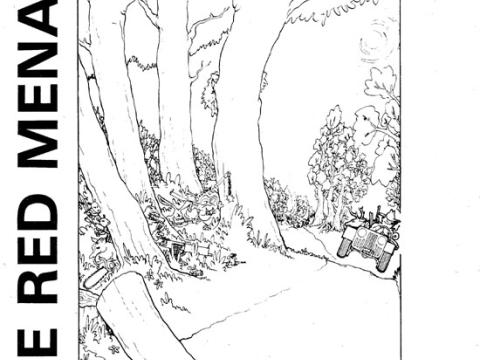 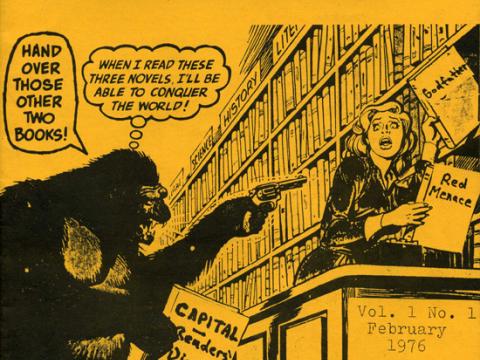 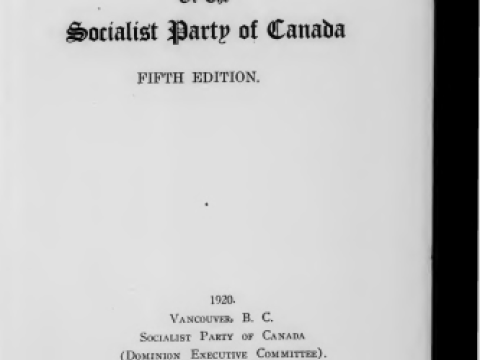 Manifesto of the Socialist Party of Canada 1920 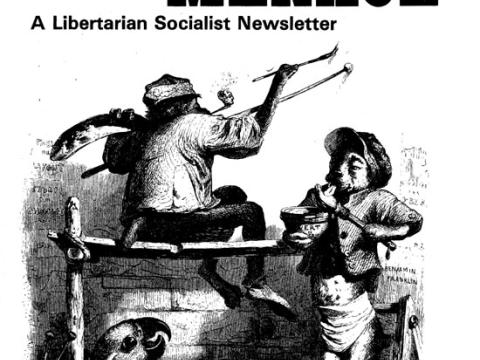 The Red Menace was a Canadian libertarian socialist publication put out from 1976-1980. Taken from Connexions.org