..Let me warn any of you with dirty minds that this discussion is about organizations--not orgasms. I have borrowed freely from the following: Murray Bookchin's classic essay, "Listen Marxist!", Paul Cardan's writing for Solidarity (London), Greg Calvert and Carol Neiman, "A Disrupted History: The New Left And The New Capitalism", Michael Schneider, "Vanguard, Vanguard, Who's Got The Vanguard?" Liberation May and August 1972, and Michael Velli Manual for Revolutionary Leaders (A superb satire compiled and edited by Lorraine and Fred Perlman of Black and Red 1972). I wish to thank Andrea Walsh, Simon Rosenblum, Ray Larken, and Barbara MacAdam for their suggestions and criticism. All responsibility for errors, misconceptions, etc. in this article belong to them.

..All the old crap of the thirties is back again — the shit about the "class line", the "role of the working class", the "trained cadres", the "vanguard party", and the 'proletarian dictatorship". We are witnessing a Lenin revival. What makes matters worse is that some of our friends are participating in this new Lenin renaissance — they claim to be making an uneasy peace with Lenin but history reminds us that the workers at Kronstadt also made an "uneasy peace" with Lenin. Most of us have experienced the difficulty of carrying on productive discussion in public meetings without being afflicted by a plague of Trotskyists, Maoists, etc., all happily "intervening", all of them convinced that all questions are closed, that they have all the answers, and that their task is to share their wisdom with the less fortunate. Of course, all the sects are not equally bad and for some strange reason, the best and the worst are usually versions of Trotskyism.

Before getting on with this article, I would like to share my favorite sect story. I arrived in New York City to do graduate work and, as I approached the main entrance to the university, I heard a fellow yell, "Eighty per cent unemployment in Seattle. Form a Labor Party. Read the Bulletin." The Bulletin, I soon found out, was the organ of the Workers' League and the soothsayer was named Harvey. A large aircraft company had recently shut down a plant in Seattle and the unemployment rate had reached approximately fifteen per cent — how Harvey blew it up to eighty per cent, I never found out. Needless to say, I was somewhat taken back and amused by Harvey's sloganeering and decided to have a little fun with him. I approached and denounced him as a revisionist. The unemployment rate in Seattle was ninety-two not eighty per cent, I claimed, and he should know better than to spread capitalist lies! An hour later, I had registered and as I left the building, I heard Harvery screaming "Ninety-two per cent unemployment in Seattle. For a Labor Party. Read the Bulletin." Then there was the incident in the Guardian where one group denounced another for opportunism. It seems the accused had quoted Stalin simply in order to take advantage of his popularity with the Anmerican working class!! Someday, a collection of sect funnies will be published. Let me suggest a title: "Communist Infantilism, A Left-Wing Disorder". The cover would have a picture of Lenin naked in order to show that the emporer has no clothes but possesses sharp teeth.

....The greatest tragedy of the present impasse is that the reversion to Leninist forms and Maoist rhetoric has stifled much of the life-affirming content of the New Left and has warped its sense of personal and public values. The return to dogmatic rigidity and life-denying values which colours the present (hopefully transitory) period is indeed unfortunate when one realizes that ever greater numbers of Americans are searching for a meaningful political alternative to both the sterility of their private personal existence and the impotent quadrennial spectacle of the humpty-dumpty politics of the ballot box.

However tinged with utopianism (strategic romanticism and tactical adventurism), the twin conceptions of "participatory democracy" and "parallel institutions" formed the key notions of the New Left before the late 1960's. The New Left had accurately intuited that an organization is likely to make a revolution in its own image. If we cannot transcend the vales of repressive civilization in our living and thinking, in our loving and acting, if we cannot develop a revolutionary life-style or mode of behavior which transcends the social norms of bourgeois society, then we cannot make a revolution. A good society can only be measured by the quality of individual lives and the quality of human relationships, and the revolutionary process must establish these values as primary. Leninism is incompatable with the life-affirming and libertarian values which a socialist movement must represent, and with a movement in which individuals develop the self-consciousness and self-reliance which makes them act as part of a determined and clear headed force which develops socialism out of the womb of capitalism.

During the 1960's, the bankruptcy of Leninist practice clearly revealed inself in the inability of the Leninists to deal creatively with the life-affirming, libertarian, and creative elements of the youth cultural revolt. Either the search for new life forms and new modes of self-expression were treated as "petit-bourgeois self-indulgence" or was channelled into "hatred of the ruling class". Nothing separated sectarian left organizations, in the eyes of young people, from the moth-eaten and rotten instituions they met on coming into the social world. And now a word from Leon Trotsky: "There are people who only succeed in remaining revolutionists by keeping their eyes shut. ("Introduction to "the First Five Years of The Communist International"). After years of positive development, the 1960's ended in what Marx called "all the old shit." Indeed, as he remarked, "the first time is tragedy, the second time farce."

The recent growth of the "new communist parties'' brings with it the new party discipline which bears no trace of subjective liberation; it brings us, not a "new man" but a new left-authoritarian personality. Efforts to oppose the Bolshevik type of party with a different conception of political structure are branded as "anarchism, spontaneism, or ultra-leftism."

The Leninist "industrial cadre" never gets around to learning about any of the particular needs, desires and problems of their fellow workers. As a result of their perspective, their objective stance in relation to the working class is one of moralism — an attitude of "nagging the workers." The debate continues: to bore from within the unions or to bore from the outside. Meanwhile the effect on working people is the same — boring! Their slogans such as "smash the state apparatus" and "distroy the machinery of capitalist domination" may be politically correct in a formal way. But since, in those slogans, the act of "destruction" determines the form of the political agitation and propaganda, their immediate effect, from the subjective and mass-psychological point of view, is only to arouse anxiety and defensiveness within the working class. One wonder how anyone could believe them when they say socialism develops not only the material productive forces but also the creative imagination of the masses when they themselves articulate their political beliefs as if they were reciting a liturgy. For instance, the dazzling esthetic appeal of the dictatorship of the proletariat! Marx (who was hardly a "cultural Marxist") was able to capture this development in the Eighteenth Brumaire of Lois Bonaparte:

The tradition of all the dead generation weighs like a nightmare on the brain of the living. And just when they seem engaged in revolutionizing themselves and things, in creating something that has never yet existed, precisely in such periods of revolutionary crisis they anxiously conjure up the spirits of a past to their service and borrow from their names, battle cries and costumes in order to present the new scene of world. hiatory in this time-honoured disguise and this borrowed language.

..Why does Marxism-Leninism "thrive"? Part of the reason lies in the fact that modern society is geared towards crushing any attempt at self activity and at autonomous thinking. We are always encouraged to rely on others to choose and decided for us, and to provide the answers to all our problems. Many people, especially among the youth, are deeply disillusioned with the values of this society. Yet a number of them join Leninist organizations or become Jesus freaks or followers of some guru. This is not so surprising, considering the fact that in all of these outfits all the answers are provided. The disciples are relieved of the need to decide or choose for themselves. The Party line — or the word of the Master — does it for them. They are no longer burdened by the resposibilities of decisions to be made. A deep feeling of insecurity attracts people like a magnet towards any closed system of ideas which will relieve them from anxiety in the face of the unknown.

..Other Leninist recruits have such a bad conscience about their bourgeois or petty-bourgeois origins that they make a fetish of self-denial and cultivate a martyred look as though they were bearing the cross for the entire working class. Revolutionary politics must not become the last refuge of neurotic rigidity and of the need for security. For as Wilhelm Reich pointed out many years ago: "In our thinking we must learn to go through changes. This is to be distinguished from lacking convictions. Our adherence to organization and transmitted ideas can get in the way of seeing the living reality and we must learn to recognize that.'' Socialists should begin to understand their role as an active, self-conscious, intentional minority, as radical catalysts rather than as a vanguard leadership. Mistakes will be made but as Rosa Luxemburg declared: "Historically, the errors committed by a truly revolutionary movement are infinitely more fruitful than the infallibility of the cleverest Central Committee. "

. The Leninist sects are essentially part of the problem, not part of the solution. Fortunately, as Todd Gitlin has been quoted as saying American society continues to make radicals more rapidly than the radical movement turns them off. No matter what the number of left sect, we would rather fight for what we want (even if we don't get it in our lifetime) than fight for what we don't want ... and get it. 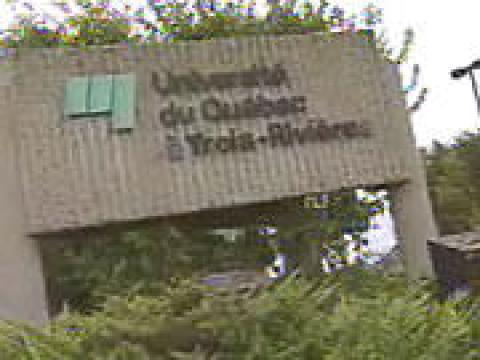 A reply to an account on a conflict between two factions within an apartment complex headed towards co-operative ownership.

This response is primarily written with the intention of facilitating an introduction to Direct Unionism for service workers who are very new to labour. We hope to participate in the DU discussion, and share with those interested how we have been affected by these conversations and also how we are practicing and implementing these ideas.