A group of Unite Against Fascism supporters in Yorkshire were attacked whilst leafleting against the British National Party.

Groups of anti-racist and anti-fascists including members of the clergy, trade unionists and locals were attacked on Saturday 4th November by organised groups of BNP supporters.

The anti-fascists were delivering leaflets warning people of the dangers of the BNP. The leaflets alerted other people in the community of Morley of the true fascist nature of the BNP. In May 2006 a BNP member was elected as a councillor in Morley with only 12.85% of potential voters choosing them. The overwhelming majority chose not to vote for them.

One anti-racist told us:
"The BNP supporters involved in this organised attack have shown their true colours yet again: they will always try and intimidate anyone that disagrees with them when they feel strong enough to do so. Anti-fascists must not be intimidated and must continue to leaflet in Morley, and other areas where the BNP try to divide communities and to hide their true fascist nature."

Action by workers at a Doncaster social club has prevented the BNP from holding a meeting. 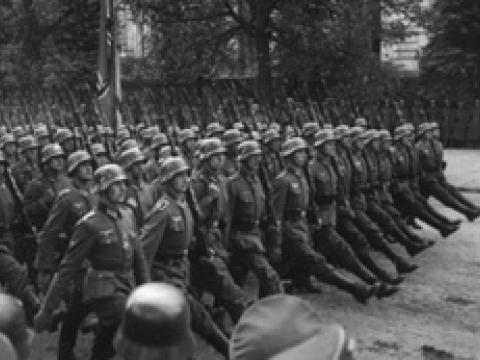 This article outlines what fascism is, how it is growing in the 21st Century United Kingdom, how it has nothing to offer working people and how we can combat it.