Apparently David Blunkett was decidedly mellow when it came to Incapacity Benefits cuts, at least he was compared to new Work & Pensions secretary John Hutton (weekly salary: £2,600). This week Hutton outlined his plans to introduce a range of penalties for claimants (weekly income: £58 a week) who show unwillingness to take part in ‘work focussed’ activities. It’s a “something for something” approach he told a Work Foundation conference, “help will be matched by increased responsibility on the part of claimants.” It’s a pity John doesn’t believe the rich as well as the poor should have share that responsibility. If he did he wouldn’t have to be so worried about nicking money from poor people; he’d just make sure that UK plc paid its taxes.

The cost of the Incapacity Benefit is £12bn a year. That’s quite a bit less than the £20bn of tax which should have been paid by the UK’s top 50 companies. ‘Mind the Tax Gap’, a study backed by the Tax Justice Network, found that companies were doing their very best to avoid nuisances like Corporation Tax and VAT, preferring to line shareholders pockets instead. A range of legal blags are available to companies with good lawyers to avoid paying tax, all of which are far too boring to print here.

Nevertheless, the missing tax would be enough to bung every household in the UK £1,000. John Hutton, meanwhile, is far too stingy to actually pay proper money to run his harebrained scheme. Instead the voluntary and charity sector will pick up the work because, in work minister Margaret Hodge’s words, “Going to talk to a voluntary organisation is not the same as walking into a Jobcentre Plus office!” Of course not its cheaper and Neo Labour and its corporate sponsors must make sure that the money keeps flowing it the right direction - i.e. into their coffers.

Sheffield Welfare Action Group is campaigning against incapacity benefit cuts: http://www.swansheffield.org.uk/ if you know of other groups please let us know at admin (at) libcom.org 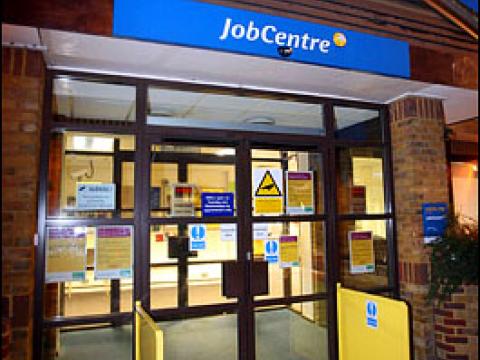 Constitution of the Union of the Physically Impaired Against Segregation

This constitution is is not just a record of the procedural form of a radical organisation but also a powerful political statement about both disability and the organisation of society more generally. British disability theory and activism has many of its roots in this organisation, and its constitution, written in 1974, contains insight and analysis that is useful to this day.