On Monday 23 of June 2008 Bangladeshi foremen and thugs in the pay of the “LADY FASHION” clothing sweatshop in Votanikos, Athens, attacked Bangladeshi immigrant workers who had refused to work in the previous day (Sunday being an official day-off in Greece), using iron bars and wooden clubs.

In response to the violence, 100 out of 180 workers walked out, with the consequence of them being declared laid-off by the company. Workers claim that on the 20th of June, The Union of Bangladeshi Workers (which has close links with PAME, the rather authoritarian Communist-Party controlled union umbrella) had managed to secure unpaid salaries of 1,5 month, a fact that infuriated the direction of the company which has persistently refused to pay the immigrant workers on time.

Working conditions in the sweatshop have been known to be appalling: up to 12 hours of daily work, 10 hour work on Saturday and 5 hours on Sunday, without the company paying the workers social security (IKA) monthly dues as is obliged by the law. As further response to the bosses’ violence and lay-offs, on following day,Tuesday the 24th, the workers gathered early in the morning and sealed the factory gate, inhibiting all production in the company’s premises.

As a result, all 120 lay-offs have been recalled with the direction promising to pay all worked hours and social security debts so far, and refrain from further violence. 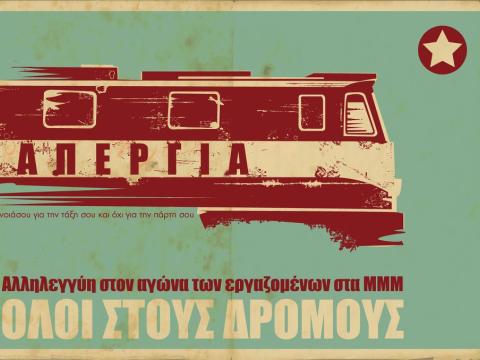