Our sadness will be our anger, Kobanê will be rebuilt - Devrimci Anarsist Faaliyet

Devrimci Anarşist Faaliyet (DAF) statement on the bombing of the Amara Cultural Center in Suruç (Pîrsus) by Islamic State.

Yesterday, nearly three hundred people set off from different cities, with the call of Federation of Socialist Youth Associations; in order to rebuilt Kobanê, which was tried to be looted by the ISIS. Today, arriving Suruç (Pîrsus), just before leaving for Kobane, these young people made a press release in front of the Amara Culture Center in Suruç (Pîrsus). At the end of the press release, a bomb exploding in the middle of the crowd, silenced many hearts which had been beating with the hope of reconstruction.

According to the information for now, 31 people died and hundreds are wounded in the explosion.

After this explosion today, we hear the names of the fallen ones, from the hospitals of Suruç (Pîrsus). The ones who set off from many different cities, the ones with great hopes in their hearts, are now the fallen ones, on the target of the murderers. The people who are going out to the streets in order to call them to account fort he fallen ones, who are waiting in front of the hospitals; are threatened with TOMA and the police who arrived Amara Cultural Center, sooner than the ambulance. In Mersin, in Sert, in İstanbul… The people who go out to the streets are wanted to be massacred by murderer state,by the collaborators of the murderers.

The ones who has massacred numerous lives, starting from the first day of the Kobanê Resistance, are now trying to discourage us by murdering our siblings.

(Today, Alper Sapan from Anarchy Initiative Eskişehir was murdered in the attack. And a friend called Evrim Deniz Erol was seriously wounded.) 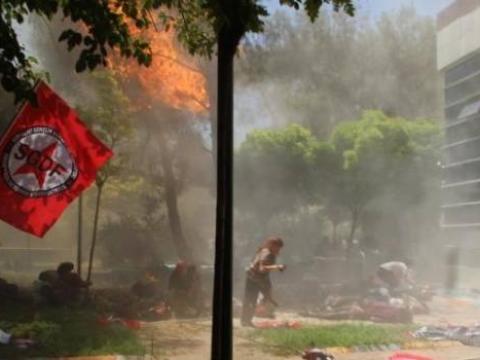 Black Rose on the massacre in Suruç

Black Rose Anarchist Federation Statement on the Massacre in Suruç. 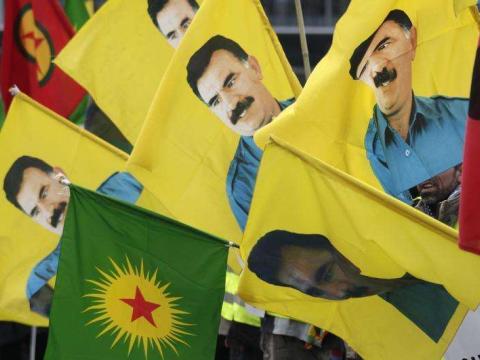 The Anarchist Federation looks at the so-called "revolution" in Syrian Kurdistan, and the role of…