The money plugs a funding gap which had been holding the process back, as Basildon had been required to find a total of £17.5m for the eviction and ongoing security costs to stop people getting back onto their land afterwards. The sum represents around £35,000 per person evicted.

Baron laid out the extent of the operation — which goes all the way to the top — in an email to supporters, noting there had been "negotiations between various government departments, the Prime Minister’s office, Essex Police, Essex Police Authority, and Basildon Borough Council."

“Because the Prime Minister accepted this site had to be cleared and because of the goodwill of various parties to these negotiations, we have now pieced together this financial jigsaw and so guarantee all potential policing costs are met," he added.

The various departments will now share financial responsibility for the eviction, to be led by notorious "gypsy eviction specialists" Constant and Co:

The six-year dispute over planning permission for homes at Dale Farm, a former garbage site classified as green belt land, has raised concerns worldwide as potentially representing a racist attempt to clear the area of gypsies. The case has been registered with the UN advisory group on forced evictions which showed enough concern to send a special team to monitor the eviction.

Ahead of the decision traveller advocate Grattan Puxon said: “People at Dale Farm have nowhere else to go. We’ve asked every single council in East Anglia and there answer has always been ‘no’. Some private pitches are available but the problem is always planning permission.

“If 28-day notice is received we will immediately take two actions. Firstly, we will call for a judicial review of the decision to evict. Secondly, we will contact over 1,000 protesters on Facebook and 250 on a phone tree and begin to set up Camp Constant at the site.”

‘Camp Constant’ would aim to bring hundreds of protesters flock to Dale Farm to form a non-violent human shield to attempt to prevent any eviction occurring after the 28-day notice has been served.

Hopes have been raised that Dale Farm, the largest traveller site in the UK, will gain a reprieve from eviction in the New Year.
Image 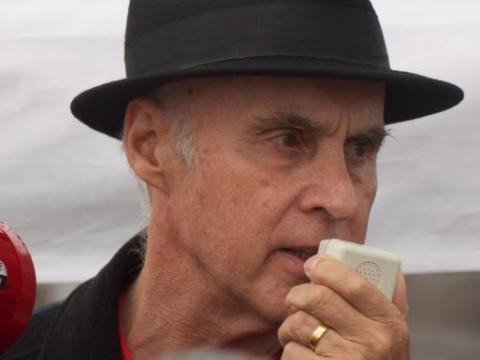