The event was organized by “the First of May Council”, which was a committee consists of the city’s labour activists that acted independently from the government-sponsored Workers’ House.

At about 5:00 p.m., the Islamic Republic’s intelligent and security forces as well as the “plain cloth” units attacked marchers, as the result of which about 50 participants were arrested and taken into custody. They were accused of participating in a May Day celebration. The same evening all those arrested were released with the exception of 7 people: Hadi Tanoumand, Esmail Khodkam, Borhan Divargar, Jalal Hosseini, Mohamad AbdiPour, Mohsen Hakimi and Mahmoud Salehi. The seven remaining activists started a hunger strike from the moment they were held in protest against their unlawful detentions and the violent methods used to detain them. The 7 detainees were held without charge for 12 days in Sannadaj and Saqez, while they were still on hunger strike and their health had deteriorated. They were released on May 12th, 2004 on heavy bail conditions.

These seven labour leaders were prosecuted, during a process that took over 18 months, mostly behind closed doors, for “organizing an illegal gathering” as well as other charges including “conspiring to commit criminal acts against national security” and sympathizing with Komala, which is a well-known banned socialist organization in Iran’s Kurdistan. Although all charges pertaining to association with the Komala were withdrawn, Mahmoud Salehi, the former President of the Bakery Workers’ Association of the city of Saqez and the current spokesperson for the Coordinating Committee to Form Worker’s Organisation, was sentenced to 5 years imprisonment and 3 years in exile in the city of Ghorveh. Jalal Hosseini, a member of the Bakery Workers’ Association of the city of Saqez, was sentenced to 3 years imprisonment, whereas Hadi Tanomand and Esmail Khodkam were acquitted. A couple days later, the Saqez Revolutionary Court sentenced Mohsen Hakimi, Borhan Divargar and Mohammad Abdipour to two years imprisonment. Hence five out of the seven initially charged had been sentenced.

There have been massive campaigns, organized both in Iran and abroad, against the arrests and subsequent charges against the Saqez Seven. Iranian labour, social and political activists and the international labour movements, including the ICFTU, Global Unions federations and national labour organizations all over the world, have been pressuring the Iranian government to drop the charges made against the “Saqez Seven” and to respect the right to organize, assembly and association for workers in Iran.

As a result of such a strong campaign both in the country and internationally as well as the resolve of the Saqez Seven and their families all the sentences against Mahmoud Salehi, Jalal Hosseini, Mohsen Hakimi, Borhan Divargar and Mohammad Abdipour were finally overturned this week by the Kurdistan Province Court of Appeal, Division 7.

It is absolutely imperative to emphasize that regardless of any possible attempts by the Iranian government and the judiciary system to get back to these fellow workers or other labour activists in the future, and despite the fact that Mansour Osanlou, the president of the Syndicate of Tehran transport workers, has been in custody for more than 4 months without any trials, the repeal of the sentences against the Saqez labour activists is considered a great victory for the Iranian working class and the labour movements in Iran. It also proves that true international labour solidarity efforts can and will make a huge difference in our struggles for workers’ rights and freedoms.

International Alliance in Support of Workers in Iran
[email protected] 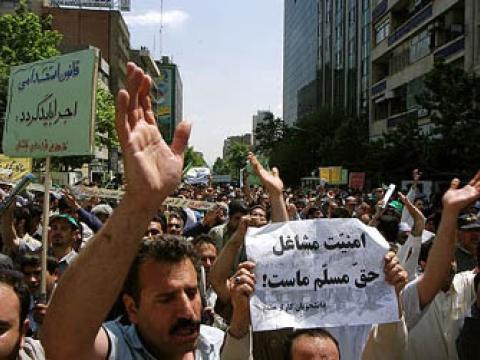 200 imprisoned union bus workers released; all were denied the right to return to their jobs. Hundreds more are still in prison. 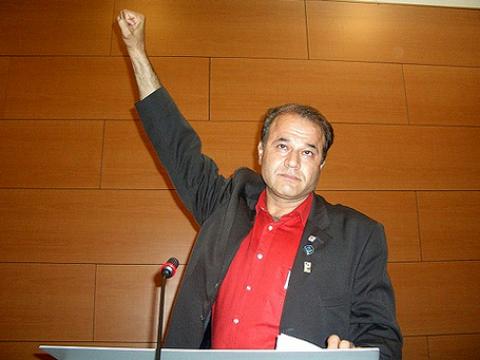