The strike of twelve, and the beginning of the New Year saw hundreds of protesters gathered outside the central prison of the country in Koridallos, SW Athens, where the majority of arrested insurgents are kept pending trial. The protesters set off fireworks and chanted solidarity slogans to hundreds of prisoners who shouted back cordially from their cell windows. At the same time, other protesters were disturbing the municipal fiesta held by the mayor of Athens at Syntagma square outside the Greek parliament, forcing riot police forces to close in tight formation around the threatened Christmas tree.

In Salonica, half an hour after midnight hundreds of protestors took to the streets of the city in a solidarity march for the arrested insurgents. The protestors marched down the main boulevard of the city. In the clash that ensued with riot police forces flaming barricades were erected and several cars, shops and banks and one church were damaged.

In the provinces, the city hall of the city of Agrinio was occupied and turned into a counterinformation centre in solidarity to the arrested insurgents. In Chania Crete, hundreds gathered outside the prisons of the city and changed the year firing fireworks and chanting solidarity slogans. At the same time, protesters set the municipal Christmas tree on fire in Heraklion, Crete, and in the city of Larissa, while a barrage of attacks against banks and state organisations rocked the country. According to the media, minutes after midnight eight banks and four car expos in Salonica, and five banks, six shops and one mall in Athens torched down. 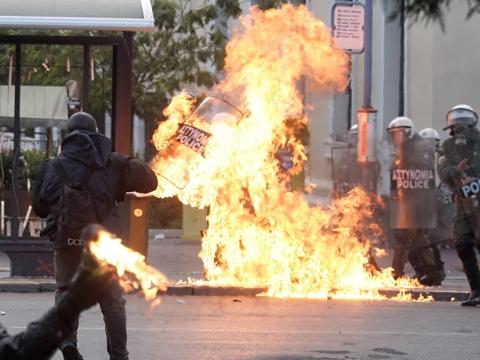 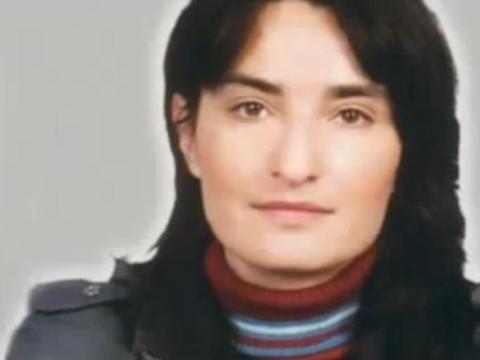