The Western Cape Anti-Eviction Campaign, the oldest of the post-apartheid social movements and, in terms of its tactics, perhaps the most confrontational, his running a Poor People's World Cup.

After months of organizing a World Cup that is accessible for all the poor communities who won’t be able to see their favourite soccer teams playing in Cape Town’s expensive Greenpoint Stadium – there are only a few hours left until the kick-off of the PPWC starts!

This Poor Peoples World Cup is organized, because we feel that we are excluded from the FIFA World Cup 2010. We see that the government has put enormous amounts of money in Greenpoint Stadium and in upgrading Althone stadium, but we as poor communities don’t benefit from all of these investments. The soccer matches will be played in town, but we don’t have tickets or transport to go there. Besides this, the FIFA World Cup has negatively impacted our communities as we are not allowed to trade near stadiums, fan parks and other tourist areas anymore. The poor are not only evicted from their trading spaces for the World Cup, we are also evicted from our homes and relocated to the TRA’s, such as Blikkiesdorp, far away from the centre and from job opportunities and from the eyes of the tourists..

We as the Anti-Eviction Campaign and affected communities therefore decided to create our own World Cup: A World Cup that is accessible for everyone!! We therefore invited all the evicted traders to sell their products at the tournament and we invited the people who were evicted from their homes to make space for the FIFA World Cup. Not only the affected communities are invited, our PPWC is open to everyone, as we don’t exclude people from participation!

During this tournament that will be held on the next 4 Sundays, 36 teams from 40 different poor communities (from Guguletu, Michells Plain, Athlone, Delft, etc.), will be representing one of the official World Cup countries. Tomorrow we will start from 10 AM at Avondale (soccer fields next to Athlone stadium) with speeches from Martin Legassick (UWC Emeritus Professor/ housing activist), Michael Premo (Housing is a Human Right) and from communities. After this we will have a soccer game for minus 9 year old’s to kick-off the start of our tournament. Then we will have another speech and we will start with the official tournament at 12:00 (until 17:00).

Besides this PPWC, we are going to have a march on the 21st of June to invite the mayor, Dan Plato as well as people from FIFA to come to our final games on the 4th of July. With this march we want to tell our government and the World that this FIFA World Cup hasn’t bring us any good and that we are further being marginalized! We as the Anti-Eviction Campaign and all the affected communities, invite all media, tourists and people who are interested to come to our tournament tomorrow.

We hope to welcome you all to our Poor Peoples World Cup!!

Kick-off: 13 June 10 AM at Avondale, next to Athlone Stadium 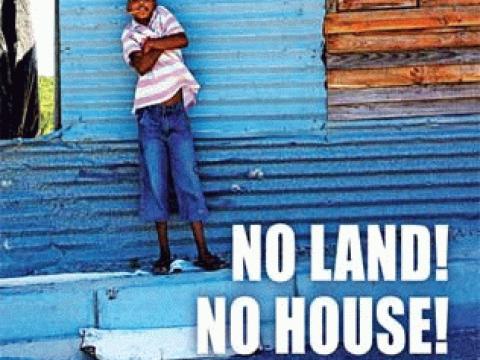 No Land! No House! No Vote! Voices from Symphony Way

Early in 2007 hundreds of families living in shacks in Cape Town were moved into houses they had been waiting for since the end of apartheid. But…
Image 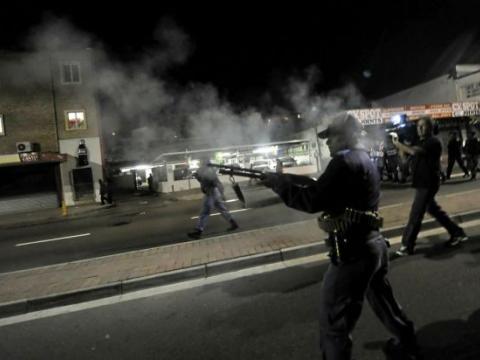 It's already the most unequal country on the planet. Now 'the greatest marketing opportunity of our time' is making it worse.
Image 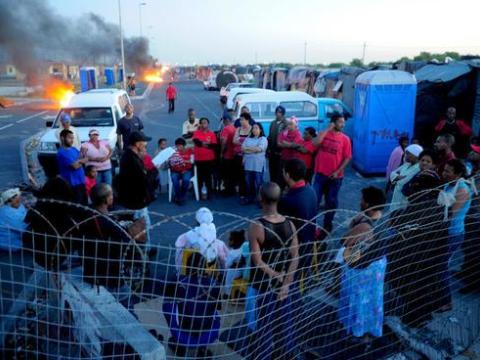 Blikkiesdorp (i.e. 'tin can town) is one of a number of 'Temporary Relocation Areas', concentration camps, set up to house the urban poor in Cape…