Grand Rapids, MI (06/06/2008) - Starbucks terminated a barista active in the IWW Starbucks Workers Union today as part of its ongoing effort to combat a growing movement of employees pushing for a living wage and secure work hours. The barista, Cole Dorsey, was fired after two years of service while he was coordinating a union recruitment drive at Starbucks stores in Grand Rapids. Starbucks' pretext for the illegal anti-union firing was that Dorsey was guilty of some months-old attendance infractions.

"Today I joined the growing number of baristas that Starbucks has fired in its relentless union-busting campaign," said Cole Dorsey. "Starbucks' disrespect for the right to join a union is appalling and absolutely will not stop our efforts to have a voice at work."

The firing comes as a National Labor Relations Board judge is set to rule after a lengthy trial on the retaliatory terminations of three New York City baristas. Even before the firing, the NLRB was investigating whether Starbucks violated a settlement agreement entered into in Grand Rapids over anti-union discrimination. In 2006, Starbucks was forced to re hire two union baristas who had been unlawfully fired for union activity. This latest firing in Grand Rapids signals that reinstalled CEO Howard Schultz will not modify the company's practice of terminating outspoken union baristas to intimidate workers from joining up.

This firing in Grand Rapids is the same tactic Starbucks employed against a union member in Sevilla, Spain. On April 24, Monica was fired from a Starbucks in Sevilla for her activity on behalf of the Confederacion Nacional de Trabajadores (CNT).

In response the CNT in Sevilla, along with the Starbucks Union in Grand Rapids, have announced a Global Day of Action set for July 5. Workers, students, and concerned citizens around the world will be confronting the global coffee giant on that day demanding an end to Starbucks union-busting policies.

Starbucks is ripping folks off and stiffing staff. They sell 10 cent coffee for 4 to 6 bucks. It's not the old friendly mellow yellow place it used to be not to customers nor underpaid and abused barristas. It is not "cool" to drink that machine made swill just to beef up corportate profiteers, Join the Boycot. 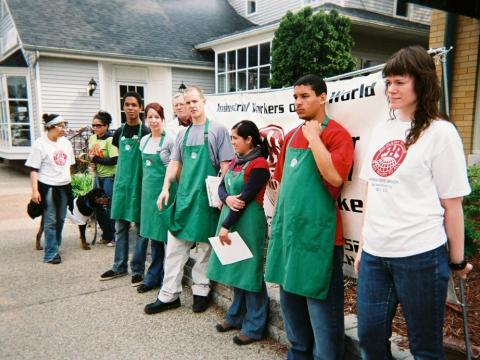 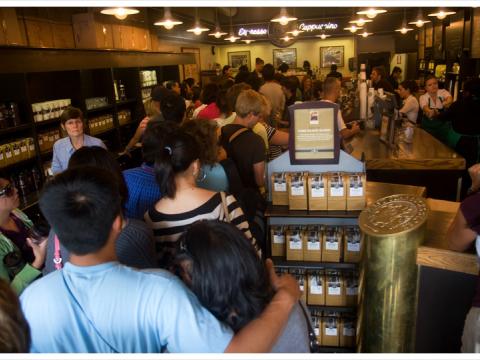 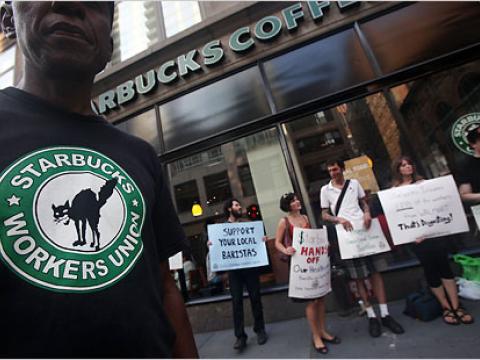