The 22 workers initiated the sit-in at the headquarters of the company's trade union committee in Mahalla on Saturday. The workers are calling for a cancellation of the transfer orders issued against five workers following a protest held at the factory at the end of October, a return of the workers to their original posts and financial compensation for the transferred workers.

Labor activist Mohamed El-Attar, one of the transferred workers, told Daily News Egypt that workers involved in the sit-in have received threats from members of the company's management. “From the start of the sit-in Fouad Hassan [the company's general representative] has threatened workers that they will be fired if they take part in it,” El-Attar said.

El-Attar was critical of the negotiations themselves:

“Workers aren't talking to company management. We're negotiating with members of the very trade union body which is meant to be representing us.

The state-controlled trade union system proves its uselessness again and again. It denies workers their most basic rights.”

“The trade union representatives involved in the negotiations have stated explicitly that they're unable to do anything because the decision isn't in their hands; it's in the hands of ministers,” Fouda explained.

“The problem is that they are insisting that we break up the sit-in before our demands can be responded to, but fail to set a date when this will happen.”

For his part Mosaad El-Fiqi, head of the company's trade union committee told daily El-Youm El-Sabaa that the trade union is “exerting its utmost efforts to return transferred workers to their original posts” and that “these matters take time.”

Frustration with the official trade union system has prompted to workers to organize themselves. Fouda and El-Attar said that initial steps had been taken towards the establishment of an independent, worker-controlled trade union body, and that formation of the trade union would begin in earnest after the transfer decrees have been rescinded and workers returned to their original posts.

Also this week, 950 workers at Nile Cotton Co. in Miniya resumed their strike on Tuesday, after discovering that the company was backtracking from promises that ended the previous industrial action. Workers temporarily blocked the Miniya road before being forced back into the factory by security forces.

According to previous reports workers in four governorates staged sit-ins and strikes after discovering that they did not receive their full salaries for December. The management blamed a lack of liquidity, while some workers suspect the company is trying to force workers to resign ahead of closing operations and selling the company's land and equipment. 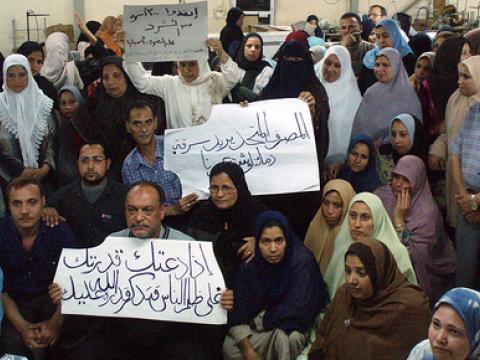 Strikes and occupations across Egypt

Struggle continues developing across Egypt with strikes and sit-ins taking place in six different provinces around the countries. 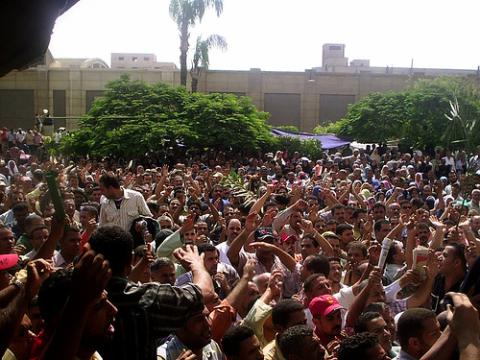 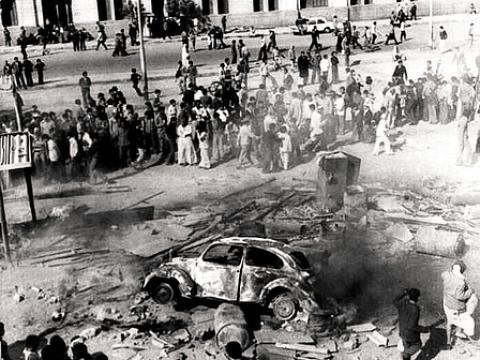 A short history of the country-wide uprising against the termination of state subsidies for basic commodities in January 1977. Despite savage…