26th May: Reports of an outbreak wildcat strike in Al-Amiriya Company for Spinning and Weaving in Alexandria. Could this be the start of a new wave of strikes?

According to reports from bloggers a wildcat strike has started at the state-owned Al-Amiriya Company for Spinning and Weaving. The workers are demanding one full month of bonuses.

After the aborted 6th April strike by the Misr Spinning and Weaving Company workers and the following uprising in Ghazl el-Mahalla el-Kubra, Prime Minister Ahmad Nazif promised all public sector textile workers a 15-day bonus and one month for the Mahalla workers specifically. Nazif's move was specifically designed to pacify workers in the factory that many sees as the bellwether of general workers' unrest in Egypt. Prior to the April 6th strike the government had successfully managed to co-opt the strike leaders of the previous successful strikes at the Misr Spinning and Weaving Company in 2006 and 2007.

In a speech on May 4th President Hosni Mubarak announced a 30 percent wage increase for all public sector workers starting the month of June. This wage increase was specifically aimed at quelling worker and outbreaks of food-related unrest.

However, with the Al-Amiriya workers are now demanding the same treatment as the textile workers at the Misr Spinning and Weaving Company in Ghazl el-Mahalla the tactic of buying off workers willingness to take industrial action seems to have failed yet again.

Since 2004 the government has desperately tried to pacify every strike in the public sector by conceding to worker demands. While the tactic has been effective in ending strikes at the particular workplace where the demands were raised, the concessions have only spurred on workers in other places and sectors. It is very likely that a new wave of industrial action will wash over Egypt in the coming months. According to Arabawy "If Al-Amiriya wins, expect the domino effect to explode… Other textile mills will follow suit…" 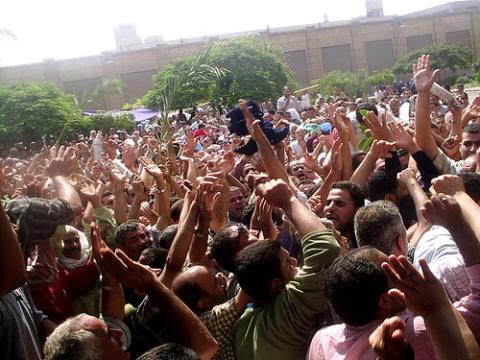 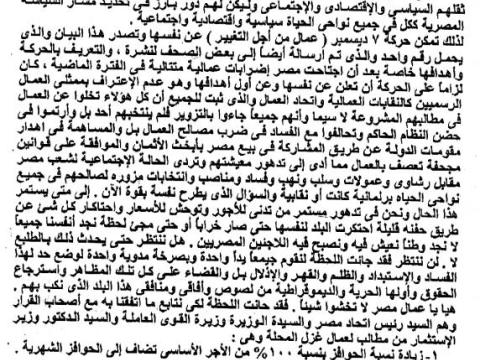