Around 20 workers left the welding shop in Hyundai Motor Manufacturing Czech in Nošovice near Frýdek-Místek (Czech Republic) during their shift on Tuesday 1st of December 2009. One day later there was an hourly wildcat strike in assembly hall at the same company. On 3rd December workers in Huyndai subcontactor Dymos organised an hourly work stoppage too. On 7th December the union called a “strike emergency” (a symbolic pre-strike measure to warn the management that unless they start negotiations a real strike action will be called) in Hyundai.

We informed about these strikes on our website on 3rd of December. In this article we try to sum up what actually happened, what positive and negative results we can see so far and how other workers can help.

„The other day my wife came home, locked herself in a room and cried. When I came to her and asked what had happened, she told me little by little how things work there and what they have to endure. She’s been bottling it up inside her heroically for almost 7 months. I can’t understand how something like this is possible in our country. When I read statements of Petr Vaňek (HMMC spokesman) I feel like I’m about to vomit. Chicanery, humiliation, threats = this is where Mr Rakovský and Mr Vaněk are heading to.“ Reader’s comment on newspaper website sedmicka.cz

Around 400 workers stood up against obligatory overtimes, selective annual company bonuses, and workplace harassment. Workers were planning to stop production since the morning. When the overtime was supposed to begin, workers on one of the lines in the hall stopped production, and in a few minutes all the other lines joined in. The workers then assembled in the canteen. The management told them to choose a representative who would negotiate on their behalf, and they rejected this idea. They demanded the management to come to them and talk in front of everyone. A person from Korean management along with the shift supervisor came to listen to their demands. After an hour of negotiations the workers agreed to complete the shift and continue negotiating within next days. They were promised that the overtimes on Thursday would be cancelled and the hour they spent striking would be paid.

Wildcat strike in Dymos on 3rd December and management reaction

On Wednesday, December 3rd, one shift (approximately 100 workers) also went on an hourly wildcat strike in Dymos (also in Nošovice, see the picture http://www.hyundai.phorum.cz/areal.php), which is a subcontracting company for Hyundai also with Korean management. Reasons included overtimes, overexertion of workers and bad working conditions. Management of Hyundai is behaving defensively so far and trying to quieten the whole issue in mass media. On the other hand, management of Dymos reacted very quickly. According to information published on the Internet, on 4th December the management told the morning shift which had been on strike a day ago that the workers will loose all the bonuses and there will be a wage freeze.

The strike in Hyundai was organized without official involvement of the union (and work council) so that the union could not be accused of illegal action. There were some posts on the workers’ discussion forum encouraging them to quickly join the union in order to gain strength. The union has called a “strike emergency” on Monday, December 7th.

A possible solution was drafted by a union representative on the union’s discussion forum. He writes that the employees who took part in the strike will not be punished and urges that now “the employees have to distance themselves from all activities similar to what happened on Wednesday!!! You can strike only afterwards if there is no deal and no compromise with the management!!! Not sooner!!! It would be illegal and the negotiations would fail!!! Plus one technical info: 500 Czech crowns* in cash instead of a Christmas box of chocolate for every union member, who paid his union fee in November!! :-)“
* cca. 19 Euro

1) Self-organisation of the action. Workers’ mobilization and their own action could encourage other workers, not only in Czech.
2) Information channel. The workers had established a public online forum long before they went on strike. This forum along with comments on media websites has become a space where they share information and explain their situation and current events. By doing so the workers have made a huge step forward and have been able to clarify their situation to everyone who has access to the Internet and follows the articles online.
3) Support from other companies. Many online posts from workers from other companies have been supportive. They shared their experiences with bad working conditions, unpaid overtimes, overtimes deleted from electronic databases, etc.
4) Support from abroad and examples of other actions. Examples of strikes from other countries were also mentioned (France, Korea...). We have also seen solidarity messages from foreign workers, e.g. from Slovakia, Poland, France... on the workers‘ discussion forum.
5) Media coverage. Mass media informed about the problem more or less neutrally, in any case there were no articles directly against workers. Hundreds of readers used the possibility to discuss on media websites.
The list could continue but it is too soon to evaluate the whole conflict.

Some thoughts on future developments

Hyundai. “Strike emergency” means that the union will take control over the actions. No one can say what this step will bring. The negotiations of new collective agreement will start in January 2010 and the unions will want to take advantage of the workers’ fighting spirit. The experience of Czech Skoda workers from 2007 in a similar case is, however, not very positive. If the union succeeds in the attempt to convince the workers not to take independent actions, it will increase its power to decide about the agreement.

The union in Hyundai represents cca 350 of total 2000 employees and according to their treasurer Štefan Janík sees a big rise in the number of people interested in joining it. Union demands are related mainly to overtimes and management pressure on workers. The reason is probably that they count on the fact that other problems will be dealt with from January 2010 as part of the new collective agreement. We can only guess if the formulation of demands is in accordance with workers’ opinions. Now it is important to hold the power to make demands and accept agreements in workers’ hands, not unions’. That is, it should arise from discussions at mass assemblies of workers in the halls during working time (without presence of management representatives). The pressure on management would thus double – they would not only face a couple of unionists but the whole production sections that would assert their power and make decisions. It is possible that now after the “strike emergency” was called, this power will be lost. Next weeks will show how the workers balance their power and the power of the union.

Regarding accepting of agreements, our opinion is that the procedure should be similar: every decision should be discussed and accepted at the mass assembly. Workers’ delegates would be elected by the workers and they would report the demands to the management. Under no circumstances could they accept an agreement which would not be ratified by the mass assembly.

We also think that workers could start forming a strike committee. Usually it is composed only of union representatives but we think it should be autonomous – in the spirit of original autonomous actions. Every worker should have the possibility to be a member of the strike committee. Union membership does not matter.

Dymos. Dymos workers face a bigger problem. We do not have almost any information from them. We do not know how they reacted to the announcement about bonuses and wage freeze. We do not even know if there is any contact between Hyundai and Dymos workers. Union demands do not mention Dymos workers. If Hyundai workers stand up for them it will certainly be a great display of solidarity and strength for the future.

What more can all those who are not working in Hyundai or Dymos do, other than wish a lot of strength and a successful outcome? Here are some modest proposals:
• Express symbolic support on the workers‘ discussion forum or elsewhere in the media. English section of the forum
• Ask workers from subcontracting companies to express their solidarity individually or collectively. Some Czech companies are listed here: http://www.hyundai.phorum.cz/viewforum.php?f=24
• Inform friends and acquaintances at home and abroad about this struggle, particularly if they work in car industry.
• If your workplace has been through a strike or any pre-strike situation, you could share the experience, its pros and cons and what would you do differently if the situation occurred again.

There is a leaflet with the German version of the text that has amongst others been distributed at Volkswagen in Germany. Feel free to download the PDF file.

thanks for the information, please keep us informed of any developments!

This is fucking brilliant news!

The negotiations lasted 5 hours yesterday and will continue on Friday. One of the workers' forum readers wrote yesterday:
"...I doubt they would give us those 5000 crowns or 100% Christmas bonus, another (negotiation) meeting is on Friday and it will hardly change a thing. The pay will be already on its way to our accounts, oh oh, nothing again."
In case it is not clear, I think he tries to say that he has doubts that the bonuses they demand will be transfered on their accounts in December because of company internal economic deadlines.

hyundai company abolished all forced overtimes for december with exception of 19th december (when it will be voluntary overtime though).

according to spokeman of hyundai it was agreed yesterday afternoon.

yes, as this news appeared in the news, it seems the management officialy agreed on this. btw, according to info from the negotiations the Korean management demands punishment of the workers who took part in the hourly wildcat strike

Some comrades translated it in Polish: http://cia.bzzz.net/czechy_dziki_strajk_pracownikow_hyundai_i_dymos

BTW, a Polish worker contacted us that there was also a group of Poles working there. We will try to quickly get some messages to them from ourselves and autoworkers here.

this is the English section of the workers' forum. You can leave messages and your experiences with similar struggles there:Online forum of Hyundai workers in Czech

We (KPK, Collectively Against Capital, http://protikapitalu.org) distributed a leaflet today in front of the factory. I've put it in the library here.

The negotiations failed. It seems the strike action is planned.

Jura, thank you very much!

Today, the "strike emergency" has been called off. Local branch of KOVO union reached an agreement with the management. See Details of the agreement

I am working in HYUNDAI MOTOR INDIA LTD as a TECNICIAN. I wish to have solidarity with CZECH HYUNDAI workers or union. Anybody help me? My mail id : rajavelu.hyundai [AT] gmail.com

hello,
great to read your post! i am in the group which is in contact with events in czech hyundai factory. i am going to send you PM.
cheers! 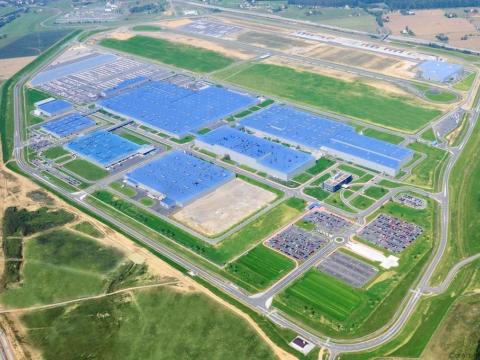 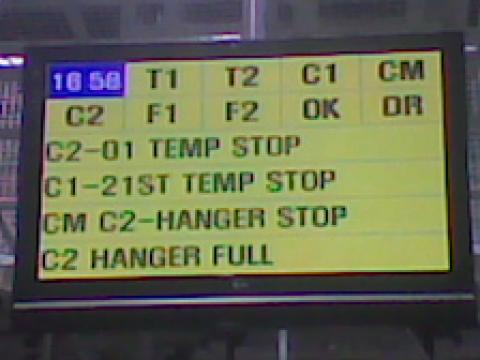 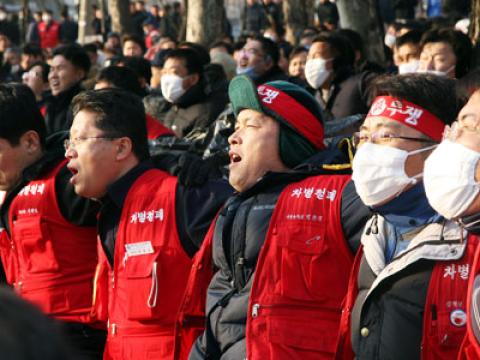 South Korean police said Monday they plan to seek a warrant to arrest the head of the union of Hyundai Motor Co., the country's No. 1 carmaker, for an alleged assault at a company event.