British anarchist Albert Meltzer's commentary on the Britain-Israel-Palestine crisis circa 1939.

Reproduced from British Imperialism And The Palestine Crisis 1938-1948. Originally printed in the journal Freedom Press on 25th March, 1939.

The Arab revolution is centred on Palestine. The re-awakening of the Arab nation and the consequent nationalist revolution has brought the masses of Palestine in conflict with British Imperialism. Every movement against British Imperialism must be welcomed as the rulers of this country rule (or, synonymously, misrule) the larger part of the world’s colonial peoples. The opposition of revolutionaries to British Imperialism and its allies must be taken for granted.

The clashing of two nationalisms (Jewish and Arab in this case) has inevitably given rise to controversy abroad. In the Houses of Parliament sympathy is naturally pro-Zionist; as one MP is reputed to have said, when asked why he supported the Jews in Palestine against the Arabs: “In my constituency I have thousands of Jewish voters, I haven’t a single Arab”. The Labour Party, free from responsibility in the Government of a bloody suppression of all vestiges of Arab life, urges the Government to insist upon a policy of a Jewish National State. The majority opinion here seems to be pro-Zionist, perhaps because the Zionists are so definitely pro-Imperialist while the Arabs are vaguely accused of being pro-Fascist. It would be a surprise therefore, to read about the Government’s rejection of the Jewish side in the Palestinian talks (up to the moment of writing) if the Government had not to reckon with millions of other Arab and Moslem subjects in the Empire. Chamberlain’s policy of `Appeasement` has up to now not been primarily in the interests of the Democratic Imperialisms, and in the Palestine issue, again, he is far less concerned with the maintenance of Imperialism than his `Left` opponents!

What is the case for Zionism? Zionism represents the age-old desire of the Rabbis to return to the `Holy Land`. The significance of the word `Zion` (the Biblical and traditional name) will be noted. The Rabbis, whose jobs depend on the keeping-up of the race-barriers and the consequent survival of the religion, in the fear of assimilation, have fostered these artificial laws in order to maintain, by tribal `totems and taboos` a separate race. Naturally, they have failed, and Zionism is the way they are endeavouring to succeed. There is to-day no pure race, despite the claims of Hitler and the Rabbis. It will be noted that the revival of Judaism has only been a reaction to pogroms and persecution. In times and countries where there has been complete racial and religious toleration, assimilation has begun; intolerance always defeating its own ends.

Herzl began the move for `Back to Zion`. Was his primary concern for the refugees, then fleeing from the pogroms of the Tsar? On the contrary, Herzl refused far more suitable land in Africa, insisting on the `Holy` Land. Finally, the Balfour War Government promised Palestine to the Jews, as well as to the Arabs, when Turkey was defeated. Since the Mandate, the introduction of capitalist Western ideas has undoubtedly benefited the Arab workers, as has the introduction of the proletarian organisations of Europe. But this no excuse, whatever the Zionists may say. Capitalism introduced in this fashion benefited everywhere the working class; the same thing happening in Russia was hailed as a triumph of `communism`. It was nothing of the sort. Despite the coming of capitalist benefits, the struggle against capitalist malevolences must be fought.

Originally there was no agitation against Jewish immigration; moreover there was never previously any anti-Semitism in the Arab countries. Not until immigration became colonisation, and the aim of a Jewish state, did the trouble commence. The Zionist leaders, keeping up a pretence that they were struggling against Fascism, have been the motivators of Fascism in Palestine and have the responsibility for the heavy toll of wasted lives. Fascism? From the `Jewish Hitler`, Vladimir Jabotinsky, with his `Storm Troop` Revisionists to the Rothschild and Imperialist Zionists in London (who take good care to keep out of the `Holy` country), from the `Nuremberg` laws of the synagogue to the basic ideology of Zionism (nationalism based on race and not on country) the whole of the Jewish nationalist movement has been as fascist as any other nationalist movement which has left its early liberal phase. The labour leaders like Ben Gurion accuse the Arabs of being in the pay of Hitler and Mussolini and under that pretence act the Hitlers and Mussolinis. Meanwhile they dupe the masses of Jewish workers in the pogromist countries that there is only one future – Palestine – and furnish the excuses for the anti-Semitic governments.

Undoubtedly the Arab revolution must have the support of the workers abroad. Let us not be duped as `Revolutionary Socialists` have been duped, however. There is no hope for the future in a Palestine under the Grand Mufti and Company. There is no reason to suppose that a bourgeois nationalist government will do more for the working class than did the Imperialist government. The lesson of Ireland alone affords proof. The struggle must be against Imperialism first, against Zionism secondly, and lastly against the bourgeois nationalist government when created.

There is no evidence that the present nationalist movement is capable of such a task. The task is to forget the past and to build up a revolutionary labour movement in Palestine, without consideration of nationality. The only hope there for workers’ unity is a movement that will not include within its ranks the religious leaders of Judaism or Mohammedism, and exclusive of Jewish or Arab or British exploiters. From which side it will come remains to be seen, there is little hope of a revolution in Palestine becoming a social revolution. It may be necessary at the moment to struggle alongside the petty bourgeoisie against Imperialism, but it must be borne in mind that they can neither play a revolutionary role, and that neither the Nehrus in India nor the Muftis in Palestine can be considered as friends, but only as pawns, of the revolutionary-working class.

The programme of the new Palestinian labour movement must be for the overthrow of the Mandate; for autonomy; for a struggle against the autonomous government when created, for workers’ control and freedom. The anarchist tactic for the situation in Palestine is the only road that will lead away from the present debacle; the co-operation of the Arab revolutionaries throughout the Near East, in co-operation with anti-Zionist Jewish minority and all workers, of whatever race, will alone push forward the opportunity for a complete revolution.

transcribed the text to make it more accessible. 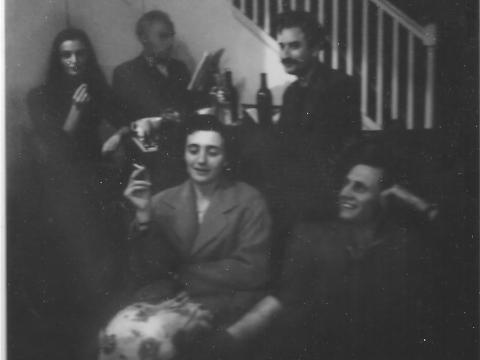 A short account of the celebrated anarchist Malatesta Club of 1950s London. 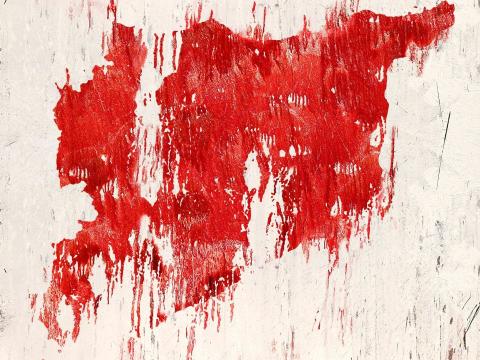 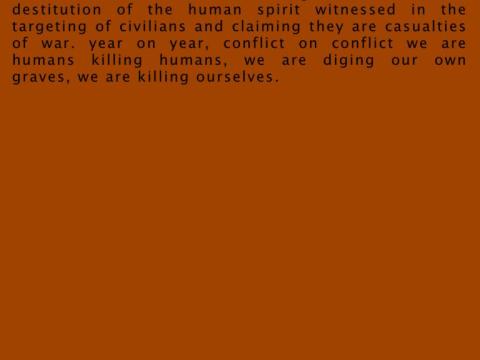 Black Circle Records: Reflections on the consequences of conflict in light of the ongoing Israeli offensive in Gaza

Black Circle Records have released a compilation of underground noise/electronic… 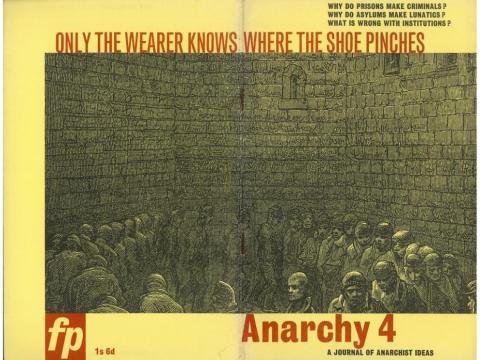 Anarchy: a journal of anarchist ideas

A complete online archive of scanned issues of Anarchy magazine, edited by Colin Ward and published monthly by Freedom Press from March 1961…