The following is a proposal from an NC prisoner to establish a truce and join the mass demonstration and prison strike movement. He has asked to not be anonymous, and for outside supporters to spread this call in mainstream media as well as inside publications.

Earlier this year, prisoners in South Carolina announced their call for a national prison strike to begin on August 21st, the anniversary of the death of revolutionary prisoner George Jackson. Since then, prisoners in Delaware, Florida, Louisiana, Missouri, and now North Carolina have responded with their support for the call. This post first appeared on It's Going Down.

This is a call to all of those confined within Department of Public Safety to make a stand by resisting against the cycle of oppression and repression, starting August 21st, 2018. Refuse all physical labor such as janitorial duty, barber duty, cloths-house duty, and kitchen duty, until our demands are met.

I’m calling on all my real right Ola’s, all loyal Loc’s, all Moorish misnamers, all G’s with the blackest hearts, both Muslims and neutral prisoners who desire a change to unify and form a statewide formation to abolish these harsh living conditions by demanding the following:

1. All mental health prisoners who have been on “lock up” for longer than 30 days be released immediately.
2. Annihilate all forms of long-term solitary confinement for the whole prison commune here in NC.
3. Abolish the mandatory minimum 85% Act for the whole prison commune of NC. No human shall be sentenced to death by incarceration or serve any sentence without the possibility of parole.
4. Reestablish the opportunity of parole for the whole NC prison commune.
5. Rectify the structure of the SRG policy and the requirements to profile one as SRG. Some of these restrictions are very inhumane. For example, once one is profiled as SRG, he or she cannot receive visits from anyone but his or her immediate family. This excludes the mother or father of one’s children! Most of us profiled as SRG are being deprived of visiting our children. Being profiled also restricts from obtaining a job and classes that could put us on gain time.
6. Annihilate the $10 fee for infractions… Every write-up one receives, $10 is deducted from our personal account and given to the state. Yearly this is over a million-dollar revenue for the state.
7. Restore educational and rehabilitation programs such as college courses, vocational schooling, etc. so that we have something to help us obtain a job once released, so we won’t fall back into the cycle of the system.
8. Being that NC prisons already have contracts with both J. Pay and Union Supply, offer all the options they have, such as J. Pay’s email system, electronic visitation, as well as MP3 players and downloadable music.

Comrades it is “big facts” that throughout history any unified demonstration has ended with accomplishments. The mass hunger strikes in 2010 in California, the uprising last year at Vaughn facility in Delaware…Even the Lucasville 5 have improved prison conditions for all Ohio prisoners held on Supermax with their acts of solidarity. Five men alone! We act as if North Carolina hasn’t birthed any solid revolutionaries. Let’s not forget the comrade Robert F. Williams—this was one man who took on the KKK!

The average cook or waitress is paid around $9.50 an hour for the same duties done by us in these prison kitchens for 45 cents a day. That’s not even 2% of the minimum wage. What the fuck?! Maintenance crews and plumbers are paid anywhere from $14-20 an hour. But you work in feces-infested waters all day for one dollar a day. Comrades you’re slaving all day for one soup and a honeybun! You’re slaving all day to finance your own incarceration as well as others’.

I’m aware that some of you are dependent on the 45 cents to a dollar a day due to the lack of family support. This is where the solidarity of the prison commune is effective. We that are financially stable should provide a community kitty for those who don’t have family support on the outside. This shouldn’t just fall on one or two of us but should be a responsibility of all of us that are financially stable.

It is the duty of us conscious comrades and generals of these lumpen organizations (gangs) to lead the way and enlighten the comrades of their rights. If one isn’t conscious of the rights they’re being deprived of then there is a minimal desire to resist. The Willie Lynch Syndrome is deeply ingrained in the majority of NC prisoners. The cure to this syndrome of envy, distrust, and fear the whole time has been solidarity and revolutionary consciousness.

There must be masses at every one of these razorwire plantations in NC willing to lay down and resist, starting August 21, 2018, until the above demands are met—not met with promises, but with action. Those of you in leadership positions must lay down the law and demand that all subordinates adhere to this call for resistance. If some of you are not in positions to resist through refusing to offer your labor, then find any way to resist that will affect the daily cycle of confinement and cost the facility money. Hunger strikes, refusing to come out for rec, etc. Governor Roy Cooper will realize that his prized surplus budget that he boasts about will be drained within a month, due to having to pay outside companies to do all the jobs that we do for free!

The majority of you generals know me and I know you. We both are conscious and know what needs to be done, so let’s do it. We are the cause of our own stagnation. Once the prison commune witnesses the hierarchy compromising, then there’ll be no limit to what we can accomplish. We are limited to what we limit ourselves to. Impossible is nothing, nothing is impossible.

Dare to Struggle, Dare to Win

Until Every Cage is Empty,

The average cook or waitress is paid around $9.50 an hour for the same duties done by us in these prison kitchens for 45 cents a day. That’s not even 2% of the minimum wage. What the fuck?!

A zine created by Blue Ridge Anarchist Black Cross with information for prisoners about the coronavirus outbreak. Primarily in English with some Spanish sections, and designed for North Carolina inmates although most of the information will be applicable elsewhere.
Image 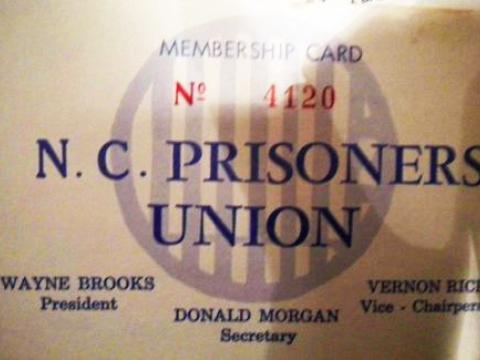 ‘We knew where the power was’: Conversations with organizers of the North Carolina Prisoners’ Labor Union

A set of interviews, conducted by Jonathan Michels, with organisers involved in the…
Image 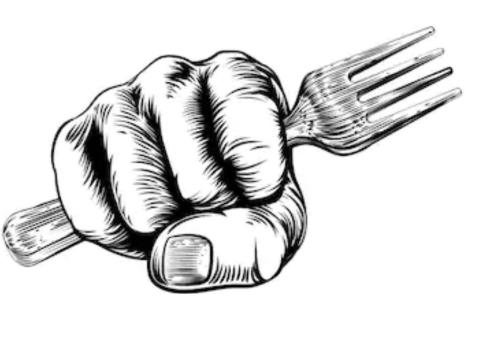 Last week, the Incarcerated Workers Organizing Committee (IWOC) put out a call to participate in a…
Image 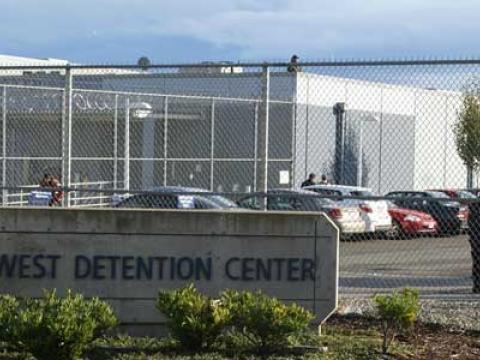 Hunger strikes in corporate immigrant prisons in the United States