Armed gunmen from the Al-Aqsa Martyrs Brigades attacked the offices of the Palestine Workers' Radio for inciting "internal conflicts" in Palestine.

Palestinian Centre for Human Rights strongly condemns an attack launched on offices of Palestinian Workers Radio, which falls under the scope of repeated attacks on media intuitions by armed Palestinian groups. PCHR calls upon the Palestinian National Authority (PNA), represented by the Attorney-General, to investigate this crime and bring its perpetrators to justice.

According to investigations conducted by PCHR, at approximately 23:10 on Thursday, 12 October 2006, dozens of gunmen, including a number of masked ones, broke into the headquarters of the Union of Palestinian Workers Radio in al-Saftawi neighborhood to the west of Jabalya town. The gunmen held the guard of the offices, 70-year-old ‘Abdul Karim al-Hindi, in the car park. A number of the gunmen entered the 4-story building, and the other ones deployed in it's yard.

According to Rezeq al-Bayari, 47, Director of Palestine Workers Radio, which is based on the fourth floor of the building, he and the other staff members of the radio closed the door of the office when they saw the attack on the building through windows. Soon, a number of gunmen attempted to break the door, but they could not do. So, they called on those who were inside to open the door or they would blew it up. When they failed to break the door, they moved down to the first floor and destroyed the compound of electricity and communication of the Union of Palestinian Workers, cutting off electricity from the buildings. The gunmen then opened fire into the air and at the fourth floor. After they withdrew from the area, the gunmen released the guard of the building, nearly 50 meters away from it.

It is worth noting that Palestine Workers Radio had already declared that it received threats from various armed groups, including the Higher Military Council, to destroy its offices.

PCHR strongly condemns this attack on Palestine Workers Radio, and:

1. Points out that there has been an increase in attacks on journalists and media institutions by armed groups, which violates the right to freedom of expression and the right to receive and impart information.

2. Calls upon the PNA, represented by the Attorney-General, to investigate this and other crimes and bring their perpetrators to justice.

3. Calls for leaving journalists and media institutions away from differences, whether political or others, to ensure allowing them to carry out their jobs freely.

Class struggle in Iraq - interview with a veteran

An interview covering class struggle in Iraq from the '40s to early '90s in Iraq. 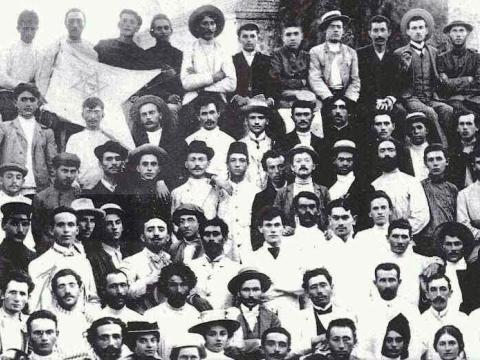 A piece written as a university dissertation. I don't claim it's reliably academic material, but I…