Issue of the London-based anarchist magazine Black Flag from 2005.

Another year, another Black Flag, After a well-attended meeting at the Anarchist Bookfair last year Black Flag has finally recruited some new blood into the collective. More is needed, but at least we haven't folded, which was looking pretty likely at the time. We hope now that we can move towards more frequent offerings than the annual scramble for the bookfair.

This issue concentrates on the 'State of our Movement'. Where have we been, where are we now and how can we move forward. Tensions between the need to organise and base our political activity in our local communities and in our workplaces and the need to organise and show our face nationally and globally are touched upon. Indeed the G8 protests in Gleneagles caused furious debate on our editorial list and the next issue will look at the politics of this and the other high probe international summit protests.

As part of the examination of the state of our movement, Nick Heath's article on page 12 touches on the need. to rethink the anarchist media in this country. He questions whether the British Anarchist Movement needs three glossies. We'd like to know what you think. How can we make sure that we aren't putting effort into duplication and irrelevance.

Two events have eclipsed the G8 protests just as we go to press. The awarding of the Olympic Games to London and the London Bombings and ongoing terror alerts. The Olympic bid was a blow but hardly surprising. Olympic Committee President - and Nazi Sympathizer - Avery Brundage once said famously, "The cardinal rule of the Olympics is no politics," which is like saying the cardinal rule of boxing is no punching. The French government has been a thorn in the side of the US's imperial objectives and France are paying the price whilst the US's favourite poodle gets the gold.

But this is not only a question of French humiliation on an international stage, This is about the kind of National Security apparatus that the Olympics require in the post 9/11 world, and which country would have been more likely accommodate what amounts to temporarily martial law. In the wake of the bombings in London on 7th July, the state's adoption of detention without trial and the 'new' 'shoot to kill' policy horrifyingly played out on a London tube train on 22nd July, London is certainly game. Repression of local dissent and the poor has been a feature of every Olympics, from Hitler's cleansing of Berlin in 1936 to the 1968 slaughter of hundreds of students in Mexico City, to the thousands of African-American homeless men illegally jailed in Atlanta.

We have our work cut out for us… 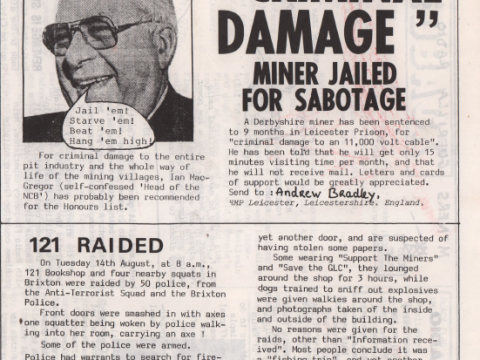 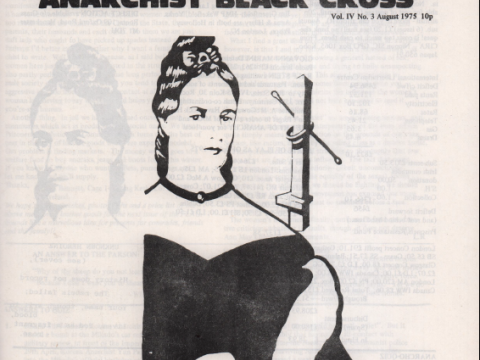 An issue of Black Flag from 1975, kindly scanned in by the comrades at Sparrows Nest, Nottingham 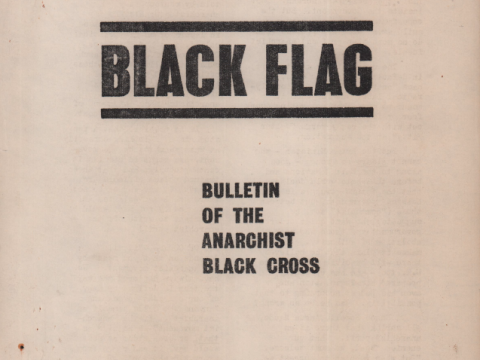 An issue of Black Flag from 1971, kindly scanned in by the comrades at Sparrows Nest, Nottingham. 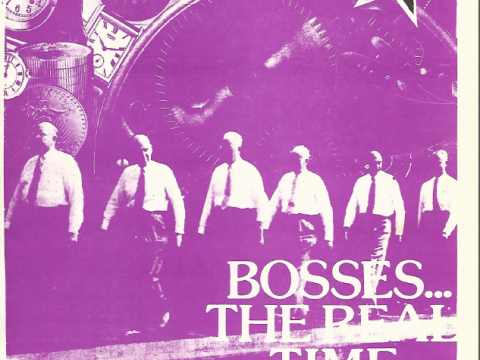 An issue of Black Flag Quarterly from 1983