A short account from November 2002 of working in a commission-based telesales call centre in Athens, Greece.

Teleprime is a call centre company which sells mobile phones and, more importantly, issues credit cards. It has many branches all over Athens (at least). In the interview me and a couple more people were told a number of usual shit about the company, we were spoken to in the usual "friendly" but also "serious" and "strict" way, we were asked what we expected to get from the company, while mention was obviously made to all those in the company which had "made it" and earned lots of money and to those who had not been able to feel part of the company and had left soon.

In exactly the same way as in any other call centre, Teleprime personnel claimed that they do not have a high turnover because conditions are good. Bullshit. We were also given a complicated explanation of the wage system: there is no real wage but a percentage which is calculated on the basis of the amount of stuff one sells, but there is a different calculation for the mobile phone and the credit cards, a different calculation between the first (trial) week and the rest of the time, etc. In the end of this long explanation, accompanied by a number of statistics and weird graphics, the overall conclusion of the interviewer was that there is no chance that a person working would get less than 230 euros in a month. Of course, if you only earn that much it means you do not sell enough so you basically get the sack. But this is not going to happen now is it? It did remain unclear to me at the time whether there would be a minimum wage given or whether it was all percentages. The point was that I was offered the job and immediately took it.

There was nothing resembling serious training apart from the typical "observe the other employees for a few hours until you feel ready to give it a go". They give you a script which you have to learn by heart and, of course, adjust to your own personality and skills. Final "training" means observing your future team-leader, though this term is a bit of an exaggeration. The "team-leader" is simply another worker who has been on the job a while longer (my "team-leader" for example had been there for 8 months) and who has shown a certain degree of identification between their personality and the company's profits. And who are, obviously, quite good at selling stuff. There was also the overall floor supervisor who was a wannabe business-woman (wannabe because this did not resemble a typical business but a hasty and unorganised scam). Friendly in a cold, business-type way, strict and overzealous about productivity and discipline.

The place was like a normal apartment waiting to be rented-out, empty of all furniture and completely white walls with no decoration whatsoever. In the various rooms of what would normally be a house there were a number of semi-destroyed kids' desks, on which were telephones and stacks of papers. Workers there do not use any computers.

In total there were about 30 people working there, ages varying between 20 and 55, and the majority of staff were women.

First day at work you are given a desk inside one of these rooms, alongside your team-leader. You are urged to make phone calls, though you are constantly re-assured that there is no hassle if you don't sell anything on that day. The team-leader gives you some tips on how to avoid certain rude customers and how to cope with stress, whereas other workers also help you with hints and tips, e.g. how to detect from the first moments whether the customer is interested or not. Also they give you tips about how to make your presentation better, they chat a lot about targets and everyone celebrates when one in the room sells something. The team-leader gives more pressure to the older workers, and you can feel that soon it will be your turn.

First day you start with mobile phones. Credit cards are more complicated and require a bit more experiences (about a week more!) and more responsibility. You get to pick up some papers from the central room on which there are names and phone numbers and you are told that these are old customers of teleprime which have bought something from the company in the past and might wish to do so again. This is quickly revealed as total bullshit since none of the people you start calling have heard from Teleprime before. Furthermore, you are told to call all the intermediate numbers of the ones you are given: e.g. if you have 2000456 and 2000462 on your papers they tell you to also call 2000457, -458, -459 etc.

You start calling. You give your poem, pause, take a breath, try to understand if the person at the other side is slightly interested. Time goes by, sometimes it pisses you off (some people are extremely rude!), and sometimes people are extremely kind. (Though I was refused a sell, the guy on the other side wanted to know if the boss is treating me right and said I should not accept shit from anyone).

Sometime customers let you go through the whole standard phrase -the phrase is quite long so usually people stop you half way through- and just when you think "this is my chance!", they tell you "no" or, worse, to "fuck off". You are pissed off but at the same time not, because though you know that you need to sell to get some money you are also hoping that no one in their right mind would ever accept to buy such shit over the phone…You would definitely not, so when people simply refuse it gives you some hope that not everyone is absolutely crazy out there…

Sometimes you get to speak to really lonely people. I once got this old lady who simply wanted a chat and though I did chat to her for a while, when I tried to tell her that I had to move on she just agreed to buy a mobile phone. It felt as if she did that only to keep talking to someone. In the end I did sell her the phone though I was unsure whether she understood what it was all about. I later heard that she refused it when it was sent to her and that was a relief since I felt kind of guilty about that one.

A girl that started with me was so shy that she hang-up the phone every time someone answered it. Sometimes other and I tried to tell her that it's not a big deal but there was not really much we could do. Three days later she got the sack. Hadn't made a single call.

There were no breaks during the job (it was part-time, 5 hours a day), but you were allowed to drink and smoke at your desk. The rooms were filled up with smoke. You were allowed to eat but there was no time really. Only if you worked all the time and kept calling people (especially the first days you were there) you could get a couple of sells each day, so get some money. The problem was that if you sold nothing you did not get paid for anything at all and it really felt that you are wasting your time completely without even being paid for it. Something like slavery…

Once a week the first couple of hours were spent in the main room with the floor supervisor, a time when she would praise those who did well and slag off those who did not. Clearly humiliating stuff.

Soon after I got the job I got offered one at another call centre with similar conditions, apart from the fact that they gave minimum wage plus percentages and it was closer to my house. I left with no second thoughts whatsoever. 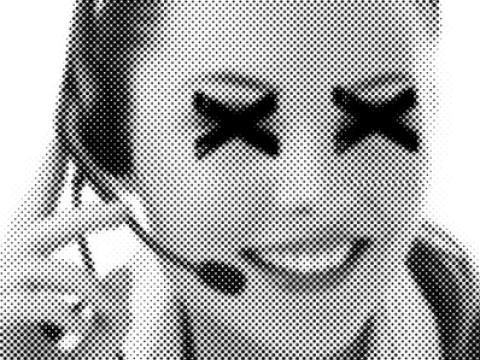 An personal account of working in a Greek call centre. From The Barbarian Review. 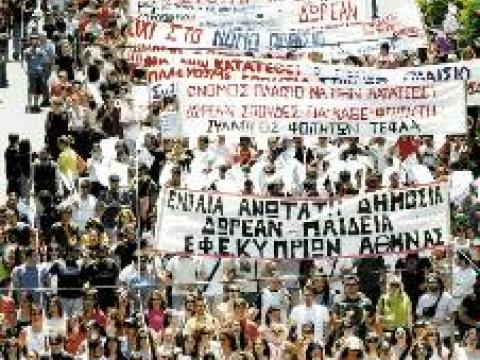 A brief outline of the student movement in Greece, June 2006

An article written by a group based in Athens, TPTG, in July 2006 about the struggle of students…