A discussion with some call centre workers about aspects of working life in Germany in 2005.

A few years ago I worked in a call center. It is still existing and is providing a hotline for computers and other electronical items (tv, satellite receiver, etc.). In the meantime there are working roughly 300 call center agents at the welcome desk (first level) and the technical hotline (second level). At the moment the company enlarges its location in Germany and there are rumours about a relocation to the Czech Republic. A few weeks ago I met two of my former colleges, who are still working there. We chatted a little bit, and this interview came out.

Q: Let’s talk about the break times first.
A: We have two and a half hours idle a day. But this includes everything, lunch break, smoking breaks, restroom, and re-operation time. It is not allowed to take a break whenever you want. Now, you have to book it before you go.
A: There are certain times when you aren’t allowed to take breaks. At these times, a sign on the phone appears that it isn’t possible to take a break.
Q: What does that mean; it is „not possible“? Is it technically not possible or are you not allowed?
A: It is not possible to book a break technically. But of course you can take a break without booking.
A: I did that once, but when I got back the team leader gave me a call and asked, why I didn’t book. It was shortly after they came up with it. I just wanted to resist.
A: Some of the new agents got in trouble recently. Team leaders asked why they hadn’t booked before, and they answered, „Why? It wasn’t possible!“
Q: But then someone must be checking the ACD all the time?
A: Yeah, there is always one of the team leaders only checking our times.
A: He doesn’t do anything but ogling that thing all day. Depending how long customers are waiting to get an agent, he decides how many people can have a break.
Q: A few years ago, people took their break when ever they wanted. If there were too many „on idle“, the team leader tried to kick some back to the phones. We were playing shy and looked down and maybe one or two went back. But they could only check the total time, afterwards they couldn’t see when you took your breaks. Now they put that problem on your shoulders.
A: Yeah, we always take our stop watch with us for breaks. You need to be correct by seconds. If you are 20 seconds late, you’re in trouble. Recently we had to justify 30 seconds break overtime in a 45 minutes meeting with a team leader. They hold a record about it.
A: There’s always a stress factor. If you want to have a break, you watch that thing to book it. You don’t listen to the customer anymore. It creates a lot of stress.
A: Well, that’s a situation when I throw the customer off line.

A: There is another new thing with the calling time. Each phone call of a technician shouldn’t be longer than 20 minutes. They invented a back office team, their job is to call customers with difficult technical problems back in between 48 hours. Of course it doesn’t work, yesterday I heard that those technicians are working on cases which are two weeks old.
A: Of course back office technicians are now busy with simple cases which were caused by the 20 minutes calling times structure of the other technicians. But it is not their fault. We know how slow people are to find numbers or stuff like that. Again, we are the ones who have to deal with stress.
A: And we have more escalating customers, who wait and ask for that fucking call back. We are not allowed to connect them with a technician; this would double the cases for the back office technicians.
A: And we can’t give it to the team leader, they just don’t take them anymore insisting on the call back. They rather discuss 15 minutes with you then taking the call.
A: They don’t know anything about technical problems anyway. The boss said that they need to have leadership abilities.
A: But they don’t have that either. That’s the problem. I don’t know why we have team leaders...
A: Only to control us!

A: Now we sit at certain places, and we are not allowed to talk to each other anymore.
Q: Do you have time for talking with each other? Back then there were times when a lot of people called and the lamps at the phones turned red. But this was only at those certain times, when they sold their stuff in selling actions. On normal days, we had roughly two hours with hardly any calls, sometimes even more. We could check for phones of friends when they were taking breaks. And we had talking rounds for everybody who wanted to participate. We got together and had discussions about any topics, like homosexuality, racism or listened to stories from the GDR. And at least once, we solved a problem with a team leader that way.
A: No, that’s over! Now the lamp is red always, except on the weekend. Well, the technicians’ lamp is always red.
A: It is, of course, also because of the bad work organization. It is all about the first contact. They don’t care about how long it takes to call customers back or how long they are in the waiting line. If we have red lamp, the technicians have to do first level, but of course then the line to the technicians is even longer. We can see how long the waiting time will be, so we have to prepare the customer to wait over a certain time.
A: Some people wait an hour, but we have to say that we can’t see how long it is exactly.
A: That’s totally pissing people off!
Q: Do you tell the people how long it is or do you give them a hint?
A: Well, we do have test-calls. I had one recently. But he told me his name, so I was unsure. I asked him and he told me that he belongs to the call centre. Right after the call was done, the team leader got me for a meeting. I played a little bit funky and kissed her ass. I allowed her to calm me down; she goes for stuff like that. Well, nothing happened. But I thought, this asshole, why didn’t he tell me before.

Q: Well, lets think about other stories, like the one with the two who didn’t book their break. About people who could be fellows.
A: Nothing! There’s nothing. Our last team meeting was horrible, I tell you! The new people have part time contracts only for three month, they say stuff like: you can listen to my calls, I have nothing to hide, or the smile is in the voice anyway. Such bullshit!
A: And if there are new girls the team leader likes, they’re allowed to do everything. Such a young chicken has no clue, but is allowed to do everything.
Q: The big goal of a Call Center Agent is to get rid of the phone and if you do send a fax or e-mails, you got it. So they are not interested about changes?
A: No, they have it nice.
A: And also the old people, they got a better job and talk positively about the company. You can’t do anything with such kind of people. I don’t know who I should talk to.
A: I want to do something so things are changing, but I don’t know what and how.
A: And you don’t need to look for another job. It is always like this.
Q: But then it’s clear, that you need to do something there.
A: Well, no one can tell me that all of the new like it.
A: No, you’re right.
A: But they don’t have anybody to talk to, they don’t know anybody...
A: We should put something out, maybe hidden, so no one knows who it was. Maybe something would happen. 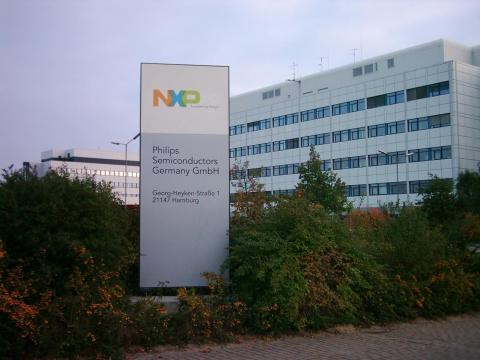 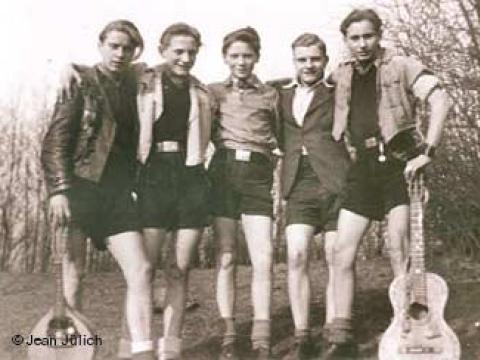 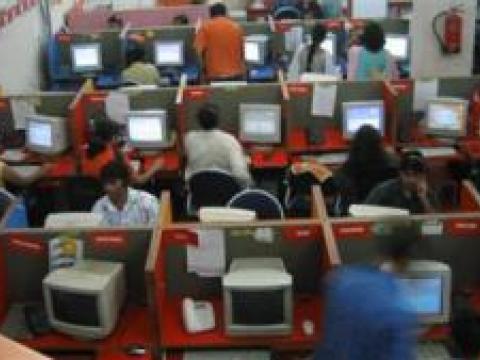