As the 25th anniversary of the Lucasville prison uprising approaches, organisers have put out a call for solidarity with the survivors of the uprising, some of whom remain on death row.

Central Ohio Incarcerated Workers Organizing Committee (IWOC), the Free Ohio Movement and Lucasville Amnesty call for actions and raising awareness around the 25th anniversary of the Lucasville Uprising on April 11-21. Drawing attention to this pivotal event in the history of prison in Ohio and the US, protesters will hold a 3PM noise demo on the 21st outside the Southern Ohio Correctional Facility (SOCF) in Lucasville where prisoners held a cell block for 11 days in April of 1993.

Prisoner survivors of this rebellion have spent these 25 years acting as beacons of resistance despite suffering in solitary confinement and on death row. Their persistent and stiff resistance has wrenched concessions from the State of Ohio, improved conditions for all prisoners at the supermax and inspired and participated in the burgeoning nation-wide prisoner resistance movement. From another cell-block occupation in 1997, to lawsuits against the supermax, to successful hunger strikes in 2011-2013 (see links below), to death sentence resistance, to Imam Siddique Abdullah Hasan’s participation and advocacy for the nation-wide strike and prisoner protest on September 9 2016, these prisoners have been at the heart of the burgeoning prisoner resistance movement.

– host a screening of The Shadow of Lucasville or Condemned, radical free documentaries about the uprising and its survivors

– organize a letter writing night and discussion relating the uprising to recent prisoner rebellions. We can coordinate for Imam Hasan or Greg Curry to call in to your gathering from the supermax prison and participate in the discussion

– take action with a rally, banner drop, or other visible disruption to draw attention to the uprising and these rebels

– use this flyer designed by the Free Ohio Movement to promote your event.

Media exposure has been a recurring goal for these prisoners. The uprising spontaneously grew out of a much smaller protest aimed at drawing attention to conditions and abuses at SOCF. Key demands the prisoners won in negotiations during the occupation included access to reporters and live coverage. Since the uprising, survivors have been fighting to tell their stories using hunger strikes, lawsuits and persistent defiance of the ODRC’s policies of silence and isolation. These prisoners and their supporters believe that telling the truth about Lucasville on the largest possible platform is key to fighting their unjust sentences. They are fighting for their lives and their freedom.

In 2013 five of the prisoners and five journalists filed a lawsuit against the ODRC. The judge has made preliminary rulings in favor of the prisoners and journalists. More interview requests at this time will impact the outcome of that litigation and might convince the ODRC to relent and finally allow on-camera interviews with the prisoners. Pursuing this concession, supporters put together an extensive press package encouraging journalists to write on the 25th anniversary of the uprising.

Taking action wherever you are between April 11 and 21st will make the story current and newsworthy, it could help save the lives of these inspiring revolutionaries.

A few examples of hunger strikes against the Ohio State Penitentiary (the supermax Ohio built in response to the Lucasville uprising):

2012: Demanding release from the supermax, but accepting concessions of congregate rec and full contact visits, Jason Robb went on hunger strike for 9 days.

2013: coordinated with the 20th Anniversary Re-Examining Lucasville conference, Keith, Hasan, Greg and Jason went on hunger strike demanding on camera interviews with media. They didn’t win their demand, but got enough attention to start the ongoing media access lawsuit.

2016: Imam Hasan and other Muslim supermax prisoners engaged in a series of hunger strikes relating to the September 9th national protest and moves the administration made to silence Hasan’s advocacy for the nation-wide action.

Bumping cos this is today.

Update: inmates who were involved in the uprising have been hit with special communication restrictions to prevent them speaking to the media, three of them are now on hunger strike in response: https://itsgoingdown.org/lucasville-survivors-on-hunger-strike-over-communication-access/

Since the uprising, survivors have been fighting to tell their stories using hunger strikes, lawsuits and persistent defiance of the ODRC’s policies of silence and isolation. 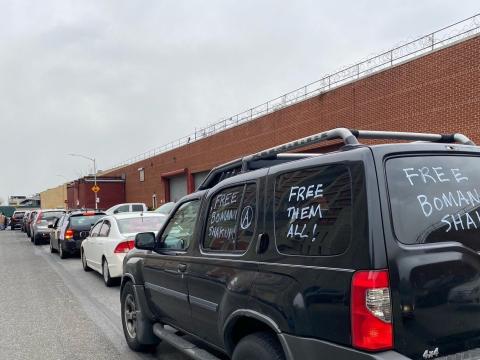 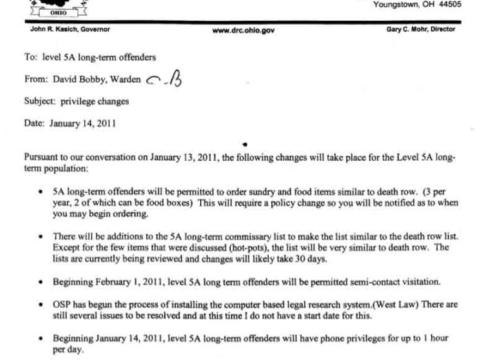 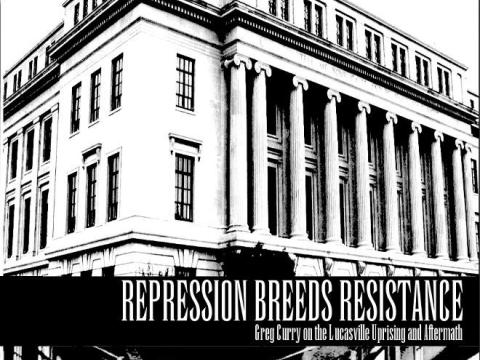 Greg Curry, one of the people who was made a scapegoat for the 1993 Lucasville Uprising that brought…
Image 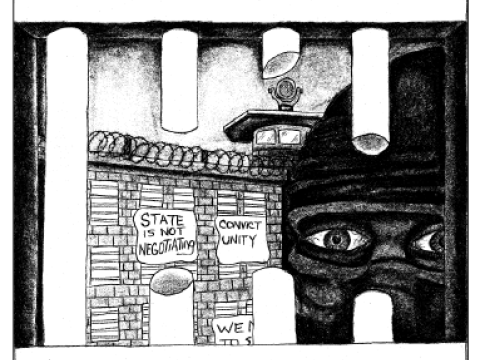