I suppose this is just a reflection on the importance of communal meeting places that aren't always appreciated in the way they should be as well as the break up and isolation of individuals in communities.

Over the last few decades in the UK, it seems there has been an effort to make Thatcher's famous words true. 'There is no such thing as society: there are individual men and women, and there are families.'

More and more we are living in isolation in our own homes. Why go outside when you have a widescreen TV, broadband internet and the latest games consoles all in your very own house? Or maybe you don't have all of these but with the economic downturn, you need to watch how you're spending your money more so are avoiding any unnecessary costs involved with having a social life.

My mum and dad had quite a large social circle. I would walk with them in the streets and they would always be bumping into people they knew. Through their lives they have been social people. My dad would often tell me 'it's not what you know, it's who you know'. And in working class families this is often important if you want to get the latest bargain that fell off of the back of a lorry.

What I'm trying to get at is that for a healthy community to develop, you need people talking and knowing each other. Often this comes through some kind of social hub. Depending on where you're from, it might not be a pub, sports club or working men's club, it may be some kind of community centre or (dare I say it) a place of worship.

It seems like many of these places are struggling to stay open though. I'll give examples from my own life again. When I was younger I used to go to the local youth club, which closed down many years before the recession started due to them not being able keep up with maintenance costs. The local pub, which I remember being packed every Saturday, closed down during the recession, was bulldozed and now being developed into new houses. The nearest town to my childhood home (where I went to school) had a long road, famously used for a pub crawl every Christmas (and any other special occasion) is now littered with boarded up pubs.

Even now, at the other side of the world, I'm appreciating what places like this offer. I've been struggling with learning Mandarin and have relied on visiting friends in cities a bit further afield who I can have conversations with in English. But this isn't really economically sustainable for me to do every weekend. I suppose this isolation led to me getting a little homesick. I thought to myself 'what would I do if I was in the UK and feeling a bit down?' The answer was of course 'visit the local drinking establishment!'. Even despite language barriers I was immediatley welcomed by people in 'the local', offering me drinks, cigarettes and even glow-stick-lollipops :confused: Then there's the mandatory dice games played throughout drinking holes in China that really help when you can't have much of a conversation. I even bumped into people I know who work on my housing estate.

As anarchists, we've known the importance of social spaces for a long time. While I may not of appreciated the place before my political consciousness developed, I am from near one of the most famous anarchist social centres in Britain, the 1in12 club. Back in the 80's there was a need for somewhere cheap to socialise in the area and from that idea, this great place was born. Although even this place has had many troubles in recent times, only just avoiding a forced closure by the skin of its teeth. If it wasn't for the local, national and even international anarchist 'community' helping the place out, then it could of been boarded up like many other social hubs.

We need to fight for open and inclusive community hubs where people talk to each other, have a laugh, a heated debate, a bit of singing and dancing. Somewhere that we can meet new faces and reunite with ones we haven't seen since school. I would tell you all to get away from your computers and get out and talk to people but I know you may not be able to afford it right now, have kids to look after or may have difficulties getting to somewhere that you can do this.

I'm going to finish off with a video about a community pub in Wales, which is just one of thousands of stories that could told about similar places all around the world.

Is there anyway that someone can get that video embedded? I've seen Vimeo videos embedded on other parts of libcom, but I don't seem to be able to do it...

That's the provided embed HTML from the video. AFAIK, you should make sure you're in the right input mode, too.

I've tried that and changing the input mode, but I only have 2 options. Either for no html or 'some' html. The tags on this code don't seem to be supported.

Odd, I've seen the exact same code used on other libcom articles, like this one.

Something to do with posting permissions?

i've embedded it. it requires full html which is admin/editor-only, as it can be used to embed malicious code.

I think only admins can do it, which it seems how the code works now and I can't edit the blog any more.

Thanks to [s]whoever fixed[/s] JK for fixing it for me :D

Well, it was quite the good little movie, so I'm pleased. You're going to have to forgive me, this'll sound like a tirade against consumer culture or something.

I recently had the pleasure of being acquainted with an ice cream parlor (shove off, I'm underage ;)). It's run by a lovely old lady, in her self-employed-bourg-paying-rent sort of way, and it just has that sort of "feel" to it.

Here in the US and among younger folks, I feel that there's been a particular lack of "social spaces," and what's used for socializing are the usual consumer outlets. While that in and of itself isn't inherently bad, besides what's inherently bad, the lack of a proper community alternative and the extensive energies put into the idea that consumption=fun are worrying. Social space culture never really took off among working-class youth here, I think, to where socializing tends to mean one of three things: a) getting wasted at a party, b) getting wasted at a nightclub, or c) going to movies, shopping, concerts, etc. which may involve getting wasted later.

Much of this is because of the imitation of social spaces. Take Starbucks, or more locally for me a place called Cafe du Monde. What I think happened there is that they took only the trappings of what it meant to be a real social space, only superficially reproducing it's..."character," I guess you could say. The meme/stereotype of the hypocritical liberal-hipster frequenting/working at Starbucks is a reflection of that, I think. Other places such as shopping malls or department stores are part of that.

So finding that parlor was something of a surprise. It was a place that I felt was explicitly for the community, where you could genuinely meet-up and enjoy each others' company for hours on end. The parlor owner plans to close shop her lease runs out, but I want to believe that there will be other places. There's definitely sort of a fugitive trend to create real social spaces, by places like these and by the more counter-cultural or political establishments. I can only hope it continues.

Last Orders For The Local?

I wonder how much the ongoing effort to eliminate the social life of the pub is also partly propelled by the rulers' fear of activities like those detailed in the above link - much harder to muster a 'revolutionary mob' if everyone's indoors on their x-box. 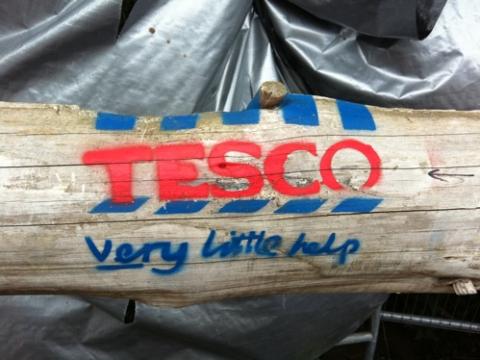 After years of bullying locals, Tesco have finally been given permission by bureaucrats to build a new Tesco in Glastonbury on the site of a… 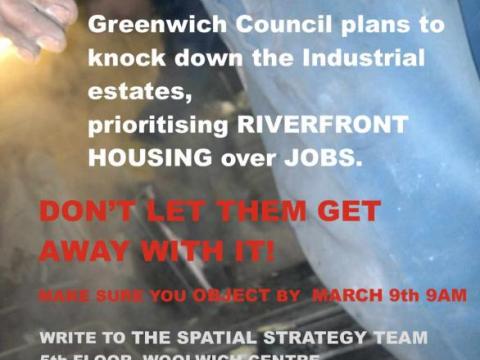 Greenwich council's latest plans for the riverside from West Greenwich (by the Millenium dome) to Woolwich were published in February. It is no… 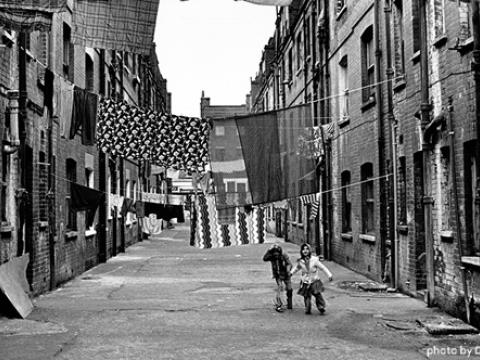 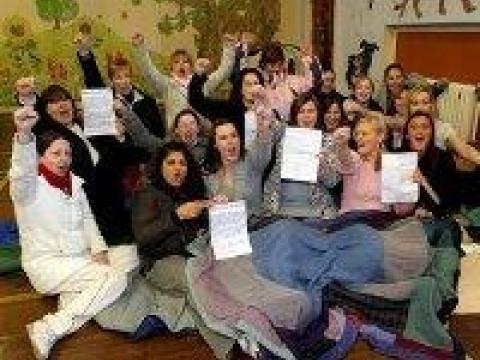