After years of bullying locals, Tesco have finally been given permission by bureaucrats to build a new Tesco in Glastonbury on the site of a formers plastics factory. Unfortunately for Tesco, travellers have now occupied the site, and are trying to rally local support against them.

Since before Christmas, the former Avalon Plastics factory site in Glastonbury has been occupied by travellers.

The travellers gained access to the site ‘legally’ as workmen had not secured the padlock correctly. Therefore, no ‘breaking and entering’ had taken place.

The travellers have subsequently set up camp on the site, and have secured the perimeter.

This has infuriated Tesco who own the land. They have faced several years of a local campaign to try and block the construction of a new store, but have finally secured the relevant permissions in order to be able to build it.

The usual arguments have taken place, such as, there are already other supermarkets in town, and the impact it will have on small businesses. However, Tesco have finally won over the relevant bureaucrats and are all set to begin construction.

Unfortunately for them, the travellers have decided to throw their efforts behind the campaign against Tesco, and have been distributing propaganda to rally support for their occupation of the Tesco site.

The traveller’s actions have been controversial:

“This occupation of the site has divided opinion once again with people in the town. Some see the travellers as opportunists who are making good use of a redundant building and site, when they have nowhere else to go. With so many empty properties across the country lying dormant when they could be used to house those that need them, this could be construed as a meaningful occupation. On the other hand, are these 'protestors' now simply jumping on the Tesco Opposition bandwagon in order to try and justify squatting the site, gain some credibility and prolong their stay?”

The occupiers of the Tesco site are asking people to support their cause, and inviting them to visit the site. For more information, contact Dan or Chris on 07804821374.

Click HERE for a film clip of the occupied site

Ten people, three cows, two pigs, several sheep and a carthorse occupied an empty 80-acre farm in the village of Chiselborough, Near Yeovil in Somerset on Friday.
Image 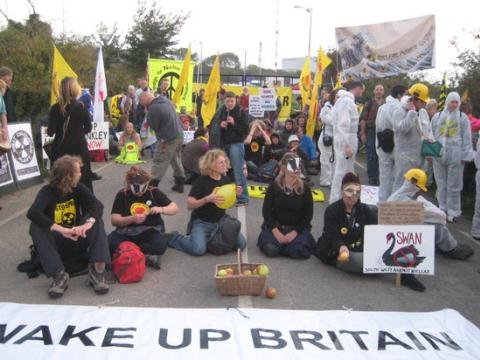 Over 1,000 protestors blockade the entrance to Hinkley Point power station in response to a proposed…
Image 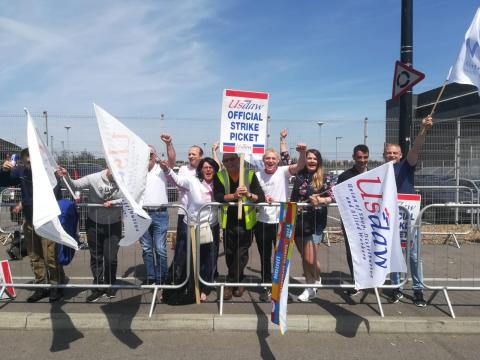 Warehouse workers strike for a 15% pay increase, but much more is at stake. Report and analysis from…
Image 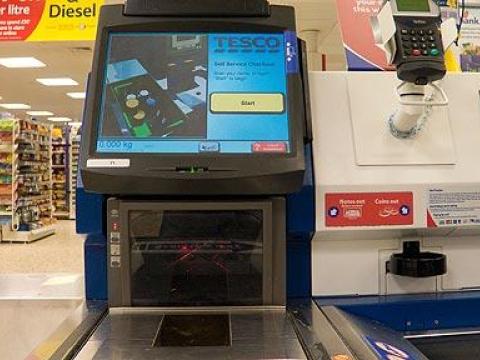 A brief look at the supermarket plot to dispense of the services of a large percentage of their workers. Where are USDAW is all of this? They are…