Anarcho-syndicalist magazine published by the Solidarity Federation, the theme of this issue is freedom.

Freedom
And what makes Tony tick?

Freedom – this issue’s theme – suitably nebulous and lacking in meaning for anyone to use, in or out of context. So why should we bother trying to reclaim terms like democracy and freedom, and how do we do it? (Reclaim the words). The act of reclaiming them means taking re-affirming direct action – we reclaim by doing, and that way lies real progress for humanity.

Like the word ‘anarchism’, ‘freedom’ has been abused beyond meaning - but this only indicates we must redouble our efforts to make ourselves heard amongst the cacophony of bullshit emanating from western capitalism and its media machine. In short, reclaiming freedom is not an esoteric, late night Channel 4 chat-show topic, it is the stuff of life; it is not a luxury, but a necessity.

Seriously though, Blair is no fool. He may have lied to and fooled some Labour voters, but that only illustrates his cunning. One of the key unanswered questions in the anti-war movement is; why is Tony playing the lap-dog to Bush, given the risks it involves with his own career? Do you buy the stuff about wanting to help out the down-trodden Iraqi people? Loads of other states have unelected leaders (e.g. US); there are plenty of dictatorships with weapons of mass destruction around, and plenty that might sponsor anti-western violence or terrorist acts. There are also plenty of states who have proved they will kill their own people at will repeatedly (e.g. Israel to name just one). Does he really know something about Iraq that we don’t? Well, I think he would have told us. In fact, the real reason must be one he won’t tell us (because he hasn’t), so it must be something he wants to hide.

Let’s look at some possibilities. Oil? – probably not, although this is clearly one of Bush’s main motivations (The Madness of King George). To revitalise the UK/western economies? Now we are talking – this has to be a real possibility, given the current state of the UK economy (and how much Labour’s success has ridden on ‘strong’ economic performance). Or what about a grandiose throwback urge to uphold the old empire, the one we sold on to the US when we went bankrupt through two world wars trying to sustain it? History repeats itself, and here lies the true reason Blair risks everything to play Bush’s poodle (In Pursuit of Empire). Quite apart from this, Tony believes his own rhetoric – that he is a great statesman, upholding western capitalist values. He has not quite become a victim of his own illusion – the one where he claims we can achieve freedom through the ‘free’ market. But he knows that his Labour project has succeeded so far on the basis of peddling such garbage and, as the health service budgets crumble under the weight of PFI payments, he is increasingly tempted to concentrate on the illusion rather than the reality (The Market is Anything But Free).

Capitalism is not about to collapse. But no amount of papering over the cracks seems to be able to hide the current crisis, and no straight-thinking person honestly believes the market is about freedom. To labour the phrase, people have long known the market is the problem, not the solution, but now they are prepared to act upon it.

The other week, I was talking about the idea of a general strike against the war. What about a general strike FOR real freedom? Think of it – we could all do with some time off, right? Plus, it would be one in the eye for the politicians, and for all the armchair cynics. It might even be something to tell the grandkids about one day. 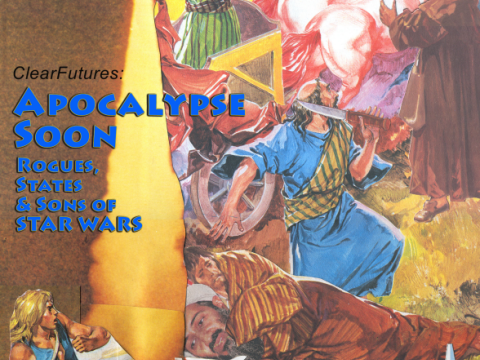 Anarcho-syndicalist magazine themed around globalisation and the apocaylpse. 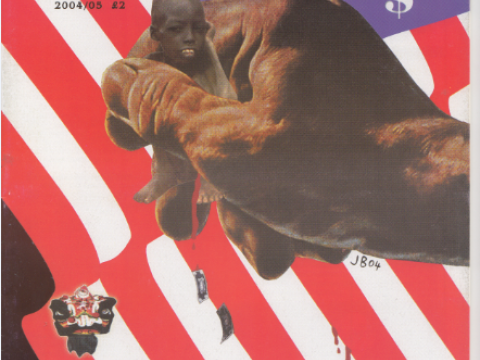 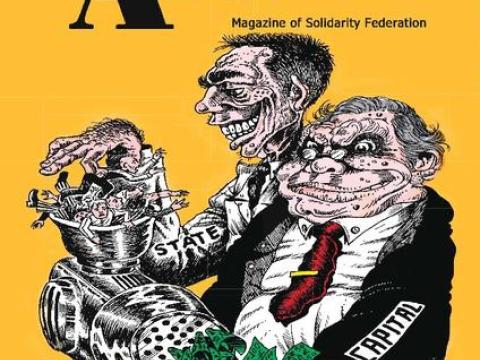 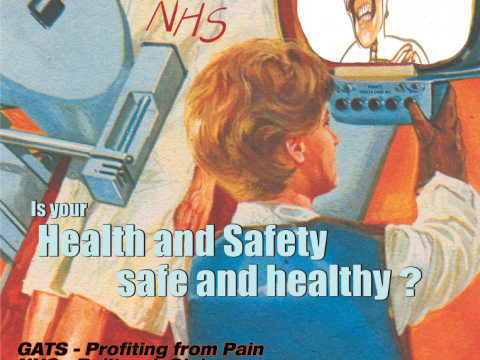 Anarcho-syndicalist magazine with a theme of health, healthcare and health & safety.