Great moments in satire: a love note to the haters

An article by Hugh Goldring about Great Moments in Leftism, a comic strip that highlights the often absurd nature of the radical left.

With over 2,000 likes on Facebook (where it is glibly listed under the category “Wine / Spirits”), many may still be unfamiliar with Great Moments in Leftism, an amateurish strip by a self-confessed bad artist.

With an accompanying blog that only dates back to April, this nascent phenomenon in left-loathing has yet to let the echoes of the internet bring its natural audience out of hiding in the squats, university classrooms and purposeless circle-marches that constitute their natural habitat. But with a willingness to speak truth to power, albeit in a state of relative anonymity, it’s only a matter of time before strips from Great Moments in Leftism make their way onto Facebook pages and the doors of grad students’ shared office space everywhere.

Activist affiliations are as logical and easy as checking a couple of boxes! It’s funny because… it’s true?

Although the acid tone mocks leftist tropes and organizations with enthusiasm, the author demonstrates such a familiarity with their subject that they must either have a background on the radical left or be a singularly dedicated hater. Just about every left group is sardonically skewered by the author, with many comics fixing a single organization – the IWW, Kasama Project or the International Socialist Organization – in the crosshairs. The best comics, however, identify tendencies on the broader left and cast them in the awkward limelight of absurdity.

For example, the man in the above comic (complete with creepy John Waters moustache) identifies as an organizer. That this role seems to consist mainly of insular participation within existing activist circles, falling short of actually organizing any communities, seems lost on him. The buttons on his chest demonstrate the easy retail nature of the activist identity, advertising to like minds that here is a person who has dropped by the bucket of pins offered at their student union and fished out the best of the bunch. Left implicit is the idea that the ‘organizer’ identity is so insular that it precludes the possibility of actually organizing anyone who doesn’t already attend your reading circle, punk show or vegan potluck.

What are you thankful for, Grandma?

The theme of the activist as The Other makes another appearance in this comic. A cross section of apparent radicals at their respective Thanksgiving dinners are seen scolding the rest of the table. The politics of the comic as a whole suggest that the author is sympathetic to critiques of colonialism and consumerism such as those offered in the comic. But the implicit critique in the previous comic – that activism is an insular, primarily social activity with no potential for mass struggle – is made all the more evident. Not for nothing does Google turn up 13 million search results for ‘surviving Thanksgiving’, many of which emphasize the importance of avoiding politics. Whether the author thinks activists should hold their tongues or seek more constructive engagement on holidays, the contempt for humourless blathering is everywhere evident.

If the left misses opportunities to engage with a broader community, as the author sometimes seems to suggest, there are evidently reasons why. In this comic, a smug union staffer is seen explaining to a handful of labour protesters agitating for higher wages. Even the status of the protesters as workers or merely fellow activists is left ambiguous, but one thing is not: the character of the event as a stage-managed show for the media. As the union staffer makes a self-congratulatory exit, he reflects happily on his prospects for career advancement. The theme of careerism in the left is a frequent subject of criticism, and while it is often directed at those who put financial advancement ahead of the movement, it is sharpened here to demonstrate that certain types of organizing may do more for the organizers than any intended beneficiary.

Of course, even organizing ‘the left’ to come out in any collective capacity is like herding cats. The point is ably made in this comic, where a group of leftists holding a banner calling for left unity scowl at one another. Barely able to share a banner, how are these men meant to accomplish its stated purpose and unite the left? The fact that they are all men does not seem incidental, as the comic does regularly feature women. Without knowing for sure if the decision is deliberate, it seems unlikely the endless echoes across the radical left that feminism is divisive would have escaped the artist’s notice. But then, the idea that misogyny is the real divisive force on the radical left never quite occurs to figures like the ones in the comic.

“Whither the left?” seems to be the snarky inquiry on the tip of the artist’s pen. The answer that flows forth is left to the individual interpretation of the reader, but a common theme seems to emerge: we are going in smug circles. The idea is perhaps most succinctly captured in this comic. A man in a flannel shirt and flat cap holds a sign denouncing capitalism, with the initials of the International Socialist Organization on it. When the last panel closes on his face, he reflects contentedly that he’s in the class struggle, though by all accounts he appears to simply be at a protest. This is the recurrent theme of many of these strips: whatever our grouping or politics, we have become content with the ritualized politics of symbolic dissent. To many, there would be nothing immediately laughable about the man’s belief he is in the class struggle, and a few comments on the Facebook page complain of not getting the joke. Maybe the best explanation is the commenter who simply said “Still feels damned good.” True as that may be, Great Moments in Leftism seems calculated to disrupt our pleasant reverie and ask the uncomfortable question: What are we doing wrong?

Certainly the aimlessness of much of the western Left is worth questioning, pushing and probing. All I see here though is mockery, and I'm not sure how that serves any useful purpose, how and where it differs in any particular from the way the hegemonic order wants the Left to be portrayed and perceived.

It would be interesting to see a far right version!

Certainly the aimlessness of much of the western Left is worth questioning, pushing and probing. All I see here though is mockery, and I'm not sure how that serves any useful purpose, how and where it differs in any particular from the way the hegemonic order wants the Left to be portrayed and perceived.

I wouldn't say this is 'just' mockery. Even if it was I wouldn't have a problem with it on account of the fact that they are pretty fucking funny. 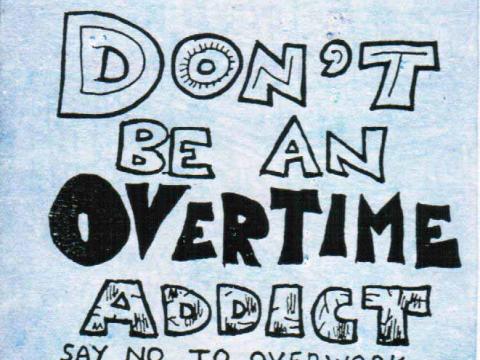 This little booklet was produced by the anarcho-communist cartoonist Paul Petard in the early 2000s some time, when he was working at the Post…
Image 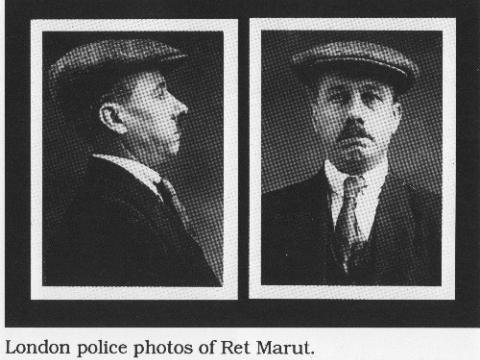 In the Freest State in the World - Ret Marut (B. Traven)

A satirical text about German democracy and the Munich Soviet Republic of 1919, in which Ret Marut …
Image 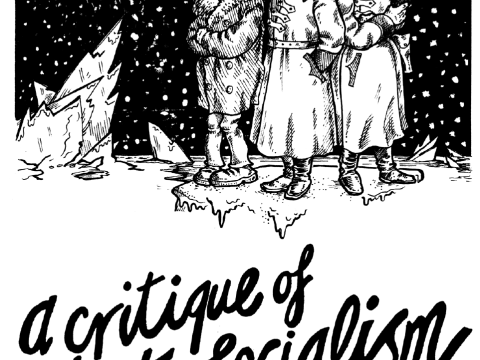 A Critique of State Socialism - Mikhail Bakunin and Richard Warren

A comic book critique of state socialism, based on writings by Mikhail Bakunin with additional text…
Image 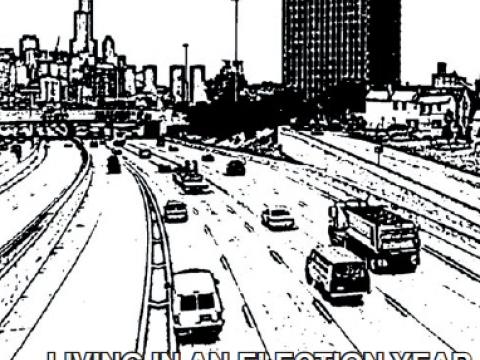 Living in an election year: A cartoon manifesto

A comic made in the run-up to the 2004 US election, where the two candidates - Republican George W. Bush and Democrat Al Gore - stood for pretty…